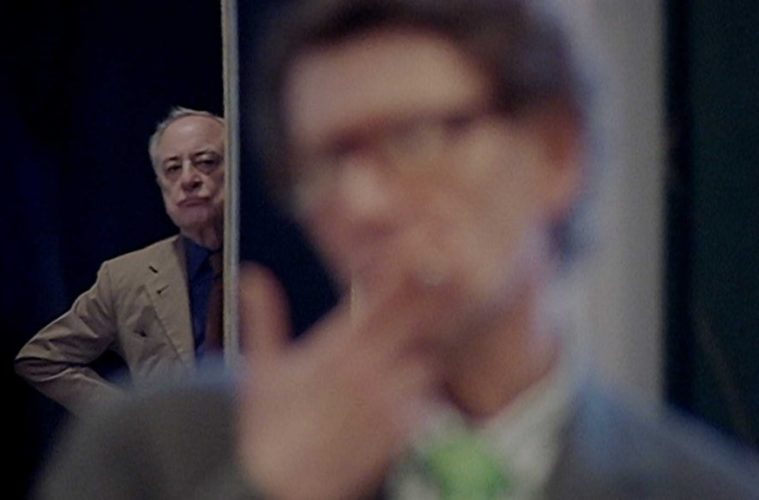 Director Olivier Meyrou spent nearly three years embedded in the world of fashion icon Yves Saint Laurent as he was preparing what would be his final show. The resulting documentary premiered at the 2007 Berlin Film Festival, but was then suppressed after its only public screening, blocked by Pierre Bergé, business partner and occasional romantic partner to the legendary designer. Now, a decade after Laurent’s death and a few years after Bergé has passed away, the film–titled Celebration–has been reworked and will finally get a release.

With the relationship at the center between Yves Saint Laurent and Bergé said to have been an inspiration for Paul Thomas Anderson’s Phantom Thread–specifically Daniel Day-Lewis and Lesley Manville’s characters–the film provides a fascinating real-life peek into this high fashion world and the dynamics within it. Set to open at Film Forum on October 2 and expand in the weeks to follow via KimStim Films, we’re pleased to premiere a new poster by Midnight Marauder and exclusive clip.

“Trying to film Yves Saint Laurent was much like trying to film two different characters at the same time,” the director said. “On the one hand, there is the historic figure, on the other, a man in physical decline, still relentlessly at work. I needed a visual texture to mirror this situation. I then had the idea of alternating the use of black and white and color film. Black and white to evoke the figure who had already made his place in history, and color to create a feeling of proximity and empathy with the fragile yet vibrant man he was at the time we were shooting the documentary.”

See our exclusive clip and poster below, along with the trailer.

Celebration opens at Film Forum on October 2 and expands in the weeks to follow.