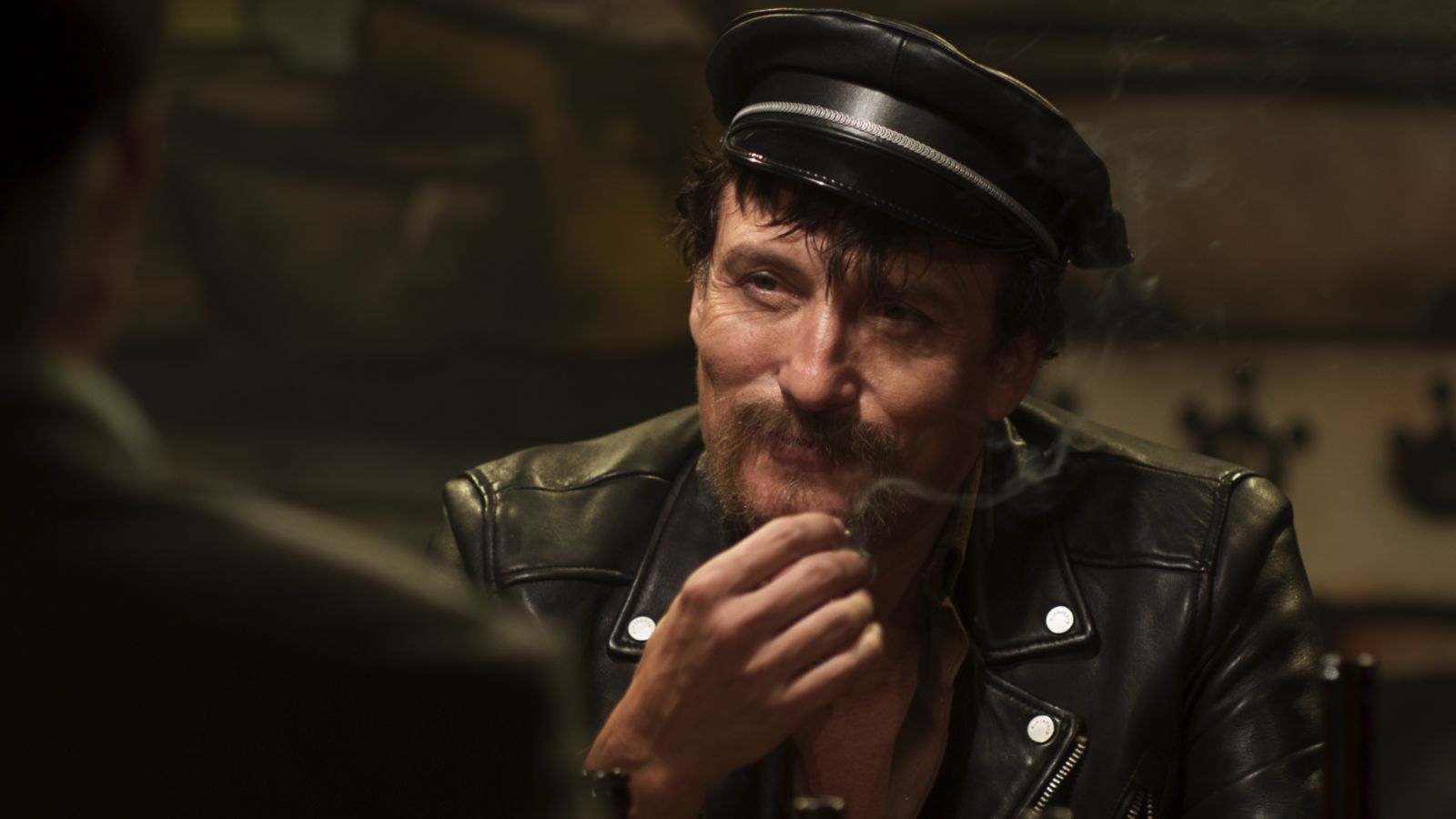 Following on the heels (and somewhat novelty) of art-film director biopics Pasolini and Godard Mon Amour comes Enfant Terrible, which spans fifteen years in the life of the notorious Rainer Werner Fassbinder. Breathlessly running through a multitude of his films and strained interpersonal relationships in the span of 134 minutes, the film feels more concerned with hitting the major beats of a Wikipedia page than actually creating a fully formed cinematic character. À la David Fincher’s own highly inert showbiz-tale misfire Mank, one wonders what the specific point of this actually was in the first place.

Spanning from his early days in Munich’s avant-garde theatre to pathetic final moments on earth, the banalization of the great director and monstrous man’s life can’t help feeling like something of an insult. With a life dedicated to cinema, churning out three to five films per year, Fassbinder still found the time to terrorize anyone who was in his orbit. A devout cinephile, promiscuous homosexual, and conflicted Marxist, his live-fast-die-young lifestyle was the stuff of a rock star, not a director. Yet coming away from Enfant Terrible, one could, in bad faith, argue it’s just the story of a guy who yelled, drank, and did a lot of coke in between making a ton of movies. A novice of the German master who sees Oskar Roehler’s drama likely wouldn’t register this mythologized figure of film history. Their takeaway would instead be about how inevitable it is that any famous person who had a bad spell with drugs gets a biopic.

With no sense of urgency or mania to the form—despite recreating the “bisexual lighting” of Fassbinder’s own 1981 film Lola—these 134 minutes are an odd flatline, his misdeeds rendered as generically as possible. Not to mention how Enfant Terrible loses something from lead Oliver Masucci looking about 40 from the beginning, the sense of youth and charisma lacking. And while Fassbinder’s films were without a doubt defined in part by his stock players––the group of friends who put up with him on and off-screen––it’s no real fault of the Günther Kaufmann and Hanna Schygulla lookalikes that they aren’t anything beyond bland characters to occasionally be yelled at by the lead.

Enfant Terrible feels like one missed opportunity after another. Look no further than an example where it has a chance to be clever depicting the troubled making of his “spaghetti western” Whity, which itself inspired one of his most famous and self-deprecating films, Beware of a Holy Whore. There could’ve been some chance to use one film to mirror another, artistically encompassing a period of Fassbinder in one fell swoop. Yet Roehler chooses not to spend too long with any real idea beyond the simplest generalizations.

Looking at who could’ve made the same subject into great cinema, one can remember how a similar bad-boy arthouse figure, Albert Serra, had for years been attached to his own Fassbinder film. Imagine that film now—a decaying, portly body pacing around a Munich apartment, his own The Death of Louis XIV but with valium being huffed and the primetime soap Dallas continuously on the television. Perhaps it wouldn’t have been very enjoyable, but it also would be something the director himself would at least respect.

Enfant Terrible opens in limited theaters on May 7 and arrives on VOD and DVD on June 15.