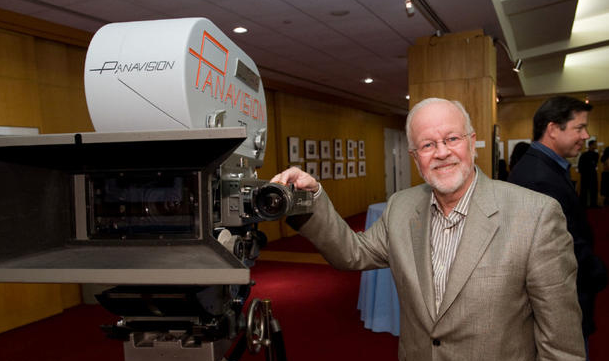 Working far outside the Hollywood spotlight — this could be said from a more literal stance, given that he owns a personal studio in Massachusetts — legendary VFX artist Douglas Trumbull has spent these past few years touting plans for a new feature which, if you ask him, has the capacity to change the face of cinema as both a technological format and audio-visual experience. How so? Through 120fps 3D images projected with lasers. You can understand why he’s taking sweet time, in no small part because this sounds as if it could actually kill a human being.

In cropping back up over recent days, Trumbull revealed to THR that work is underway on a primer for one of his next titles, UFOTOG. While, in November of 2011, the man shared small bits of information on two scripts — both of which sound to be survival adventures set in space — this is the other, somewhat secondary item. It may not share the same ambition as his “primary” effort — a long quote described it as “a 200-years-in-the-future science fiction space epic that’s going to address very big, lofty issues, like man’s place in the universe, and how our contact with an extraterrestrial civilizations that are so mind-bogglingly in advance of our own that it will go into some of the same territory that 2001 went into, and it’s going to do it in a very plausibly scientific way, not a fanciful way” — though, given the man at hand and his pioneering spirit, nevertheless sounds worthwhile.

For better and for worse, little about the logline (“a man’s attempt to photograph an alien spacecraft”) jumps out; what manages to attract is the technical side of things. “Actors and other live elements were primarily shot on a greenscreen stage at Trumbull’s studio in Southfield, Mass., and composited into 3D virtual sets,” the article explains, later expanded with the note that “environments are largely composites of live-action elements such as trees and skies.” Combined into a single unit, this requires (too-complicated) technical specifications for a public presentation — but, at the moment, Los Angeles venues are being scouted; should that work out, expect showings toward the end of this summer.

What do you make of Trumbull’s plans? Will you keep an eye out for his project?