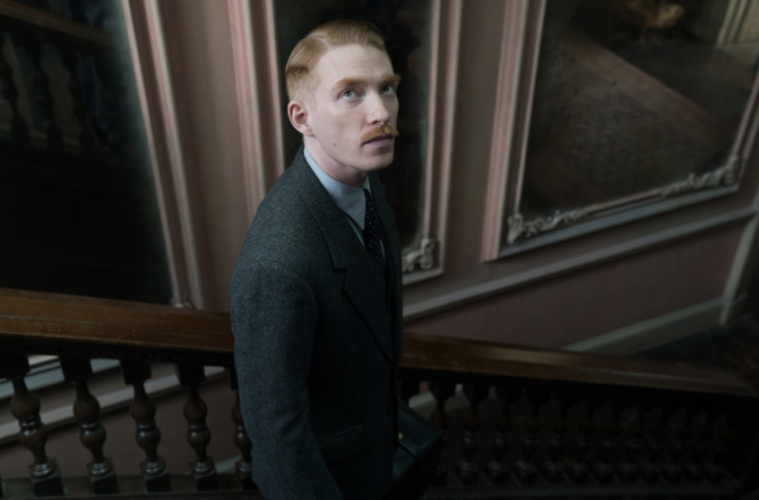 “The first time I saw Hundreds Hall was July 1919. Nothing could’ve prepared me for the spell it cast when I saw the house again thirty years later.”

These chilling opening lines set the mysterious tone in the first trailer for their newest gothic horror picture The Little Stranger. Eerily speaking here is Dr. Faraday (played by Domhnall Gleeson) who, after being called to treat a patient, must return to Hundreds Hall – the supposed haunted house of this haunted house tale. Dr. Faraday soon meets the inhabitants of the manor and is quickly thrown into a terrifying descent as the family’s dark secrets reveal themselves.

The Little Stranger is directed by Academy Award-nominated Lenny Abrahamson (Room) and is scripted by BAFTA-nominated Lucinda Coxon (The Danish Girl). Coxon’s screenplay is adapted from Sarah Waters’ novel of the same title. Waters is recently known for her novel Fingersmith, which was adapted for the screen for Park Chan-wook’s 2016 crime drama The Handmaiden. Along with Domhnall Gleeson, the film stars Ruth Wilson, Charlotte Rampling, Will Poulter, Anna Madeley, and Kate Phillips.

Featuring an original score from frequent Abrahamson collaborator Stephen Rennicks (Room, Frank), The Little Stranger is slated for an August 31st release, courtesy of Focus Features. Check out the trailer and poster below.

THE LITTLE STRANGER tells the story of Dr. Faraday, the son of a housemaid, who has built a life of quiet respectability as a country doctor. During the long hot summer of 1948, he is called to a patient at Hundreds Hall, where his mother once worked. The Hall has been home to the Ayres family for more than two centuries. But it is now in decline and its inhabitants – mother, son and daughter – are haunted by something more ominous than a dying way of life. When he takes on his new patient, Faraday has no idea how closely, and how disturbingly, the family’s story is about to become entwined with his own.