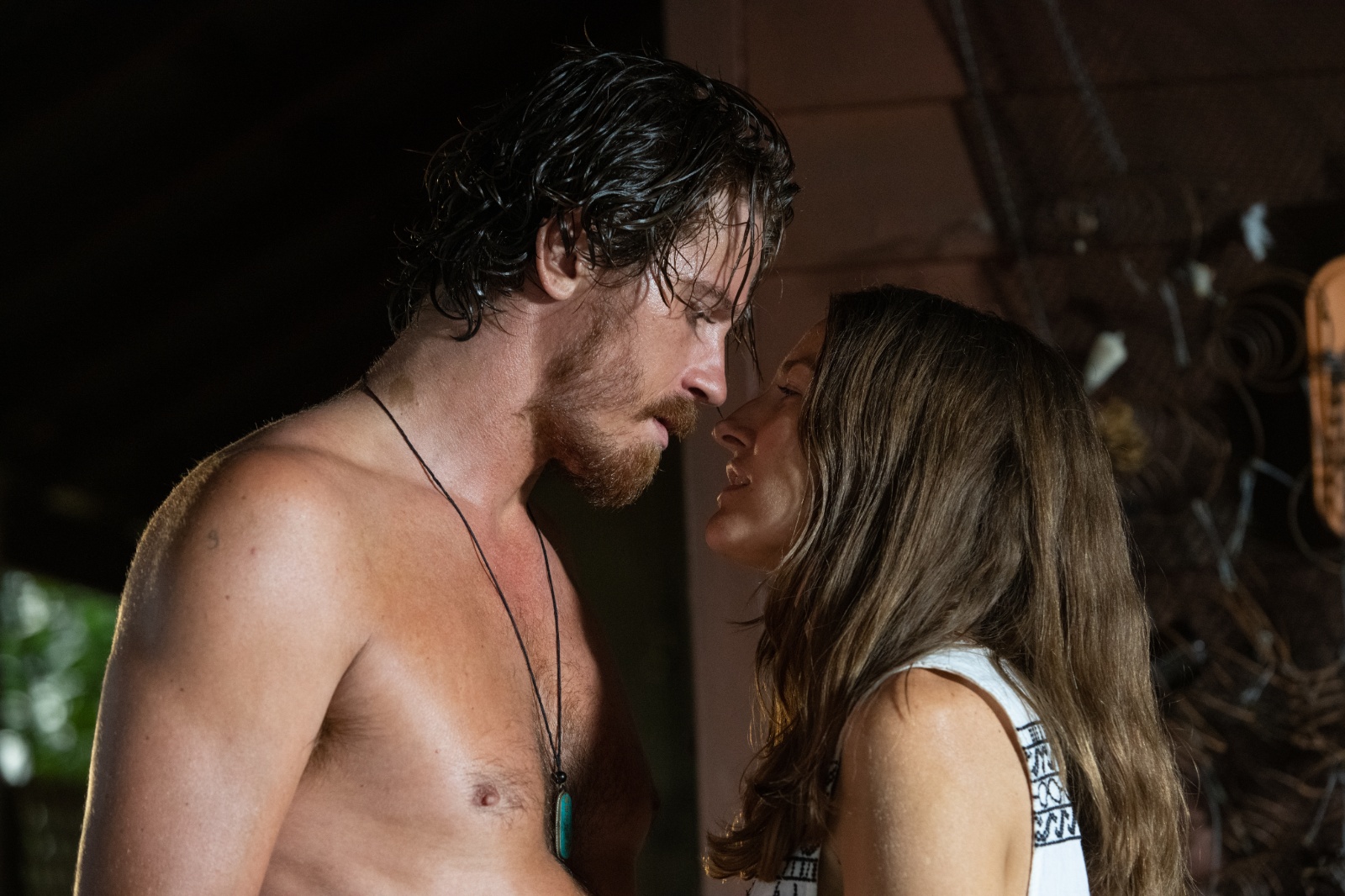 So much of Dirt Music, directed by Gregor Jordan, feels like it happens on the fringes of a more interesting narrative. Set in Western Australia, the film centers on the star-crossed romance of Georgie (Kelly Macdonald) and Lu (Garret Hedlund).

Based on the novel by Tim Winton and adapted for the screen by Jack Thorne, Georgie and Lu meet through a chance encounter out in the sea. She’s out for an early swim, he’s pulling in a disallowed haul of fish. Soon after, the two can’t keep their hands off each other. The problem is that Lu is a poacher and Georgie is married to Jim Buckridge (David Wenham), who runs the fishing business in the port town of White Point.

Conflict arises as word of Georgie and Lu makes way around the neighborhood, and the fractured pasts of our lead characters begin to reveal themselves. Lu’s in particular is told in brief flashbacks. We learn he was once a musician, in a band with his brother and his brother’s wife. Jim’s intersection in Lu’s past, along with his broken marriage to Georgie, will force Lu to make a decision that may end his life.

And while all of this reads as compelling, so much of the film plays as set dressing. Beautifully composed shots tie together a drama that never achieves the tension promised. Wenham, the easy MVP of the picture, delivers a monologue towards the finale that reaches a complexity and cohesiveness the rest of the film never approaches. Macdonald does as much as she can with the material, but there’s not enough time or detail dedicated to her character.

As the title might suggest, the only emotional pull comes from the music; so much so that one wishes there was more throughout. Manipulative though it may be, the work the songs are doing cannot be understated. Credit to the great composer Craig Armstrong and music producers Neill MacColl & Kate St John. Aside from the music, Macdonald and Hedlund, though capable performers, do not appear comfortable together. What’s meant to be a passionate affair is never particularly sexy. Too often does it appear that Jordan is far more in love with his locations than he is with everything else. This is not all bad, as Coronation Island and its surrounding is not something viewers will soon forget. It’s a shame the same cannot be said for the rest of Dirt Music.