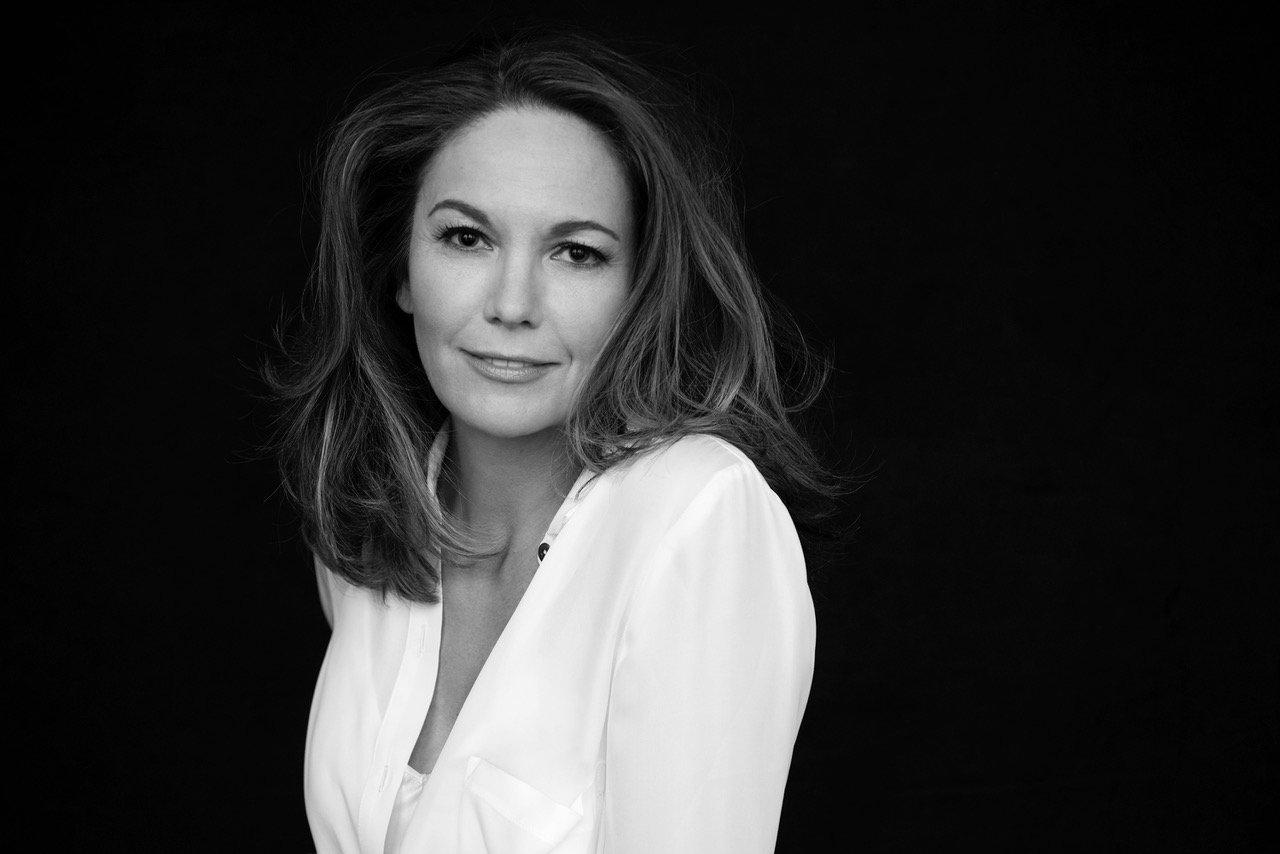 Diane Lane is, objectively, a national treasure. Since her first role in A Little Romance in 1979, the accomplished actress has played the ingenue, the romantic foil, the action star, the woman scorned and so much, much more.

Just last year, Lane starred alongside Kevin Costner and Lesley Manville in Let Him Go, written and directed by Thomas Bezucha. The film tells the story of George and Margaret Blackledge (Costner and Lane, respectively), who fight to save their grandson from his indoctrination into the evil Weboy family. In our positive review, we wrote that, “Not surprisingly, [Diane] Lane is the heart at the center of Let Him Go. She has been a movie star for nearly her entire life and somehow still does not get the credit she deserves. The emotional trajectory of her character is built on only a handful of scant scenes at the top of the picture.”

With the western thriller now available on digital (with Blu-Ray and DVD available on February 2), The Film Stage spoke with Lane about the project, navigating a complex role, taking on the challenges of a period piece, and thinking optimistically about what films COVID-19 may allow to be green-lit.

This interview has been edited and condensed for clarity.

The Film Stage: This is such a full and complicated role. It feels like it must have been easy to say yes to taking the part, just because there’s so much you’re able to explore.

Diane Lane: Oh, yes. Well, I had heard about this a little bit through my agent and I said I’d really love to read the material. And then I’d love to meet with the writer, who was going to be the director. And that’s how it came to pass. It sounds kind of pedestrian, really. It doesn’t sound very exciting but it is very exciting because we had this little, humorous… when the filming’s over, then you tell stories and you hang out and you laugh about what you’ve survived together as an experience, not just making it, but even in the days when you were first meeting each other. So [writer/director] Tom Bezucha reminded me, he said, “Do you recall when we had that first lunch to talk about you playing Margaret and how this would all come together, that you were very upset because the lighting was really good? And you were concerned that I wouldn’t be able to picture you as a grandmother?” [Laughs.] You know, most women are reluctant to take the leap into playing grandmother roles, right?

And I thought that maybe, maybe he might presume that I was one of those women and I wanted to assure him that I was not. And unfortunately I said, “And dang it, the lighting is so good in this restaurant. I didn’t bargain for this.” Anyway, it was just a funny joke from a director, who offered me that when he knew I was going to be coming into these interviews, because it’s been a minute and the world has evolved so much since then. I’m happy to tell the genesis stories. The little funny ones.

Restaurants, alone. Gosh, bring me back…

Did you use the book [by Larry Watson] as a tool or did you ignore it?

I was told to ignore it, which I understand. In hindsight 20/20, gosh, I wish I could’ve brought things from the book––only one thing, actually. And that is that Margaret had a tick. Margaret had a tick and I think it empowered her to have such spine as she does, as a person, because she’s been coming up against people who judge others, especially in the fifties. She’s lived with this all her life but really it was something that evolved, sort of like a headshake, which makes somebody seem vulnerable when in fact, they may not be. So in some ways it gave her something to work against. It reminded me of Katharine Hepburn when she was in The Lion in Winter or something. I was like, “Oh yeah, let’s do that, I can do that.” But of course, that might take people out of the movie and then they’d be looking at the actor doing this thing so I understood their choice with that. But other than that, I think Tom Bezucha took this book and made it so cinematic. He knew exactly what he wanted to do and Larry Watson was blessed to have Tom Bezucha write the screenplay from his original material, because he knew how to get a modern audience to vibe with this material. It’s not such a period piece. It’s not as much of a period piece when you bring it to the cinema because you have to cross over through the medium of the screen, which is different than going into a book. Totally different medium.

It’s a good segue actually. Rewatching the film yesterday, the scene that stood out to me most is when you’re watching the abuse that will then spark everything else. What struck me, and it’s important because your character is complicated obviously, is that the moment is wordless. It’s basically one shot, a slow push in on you in the car. As a performer, walk me through how you approach such an important moment like that. It’s basically trusting the process to some degree, on the day. What was that like, because it’s such a crucial part of the movie.

Well, I don’t know. It’s the trigger, for sure, inside of people, because now you’ve got the hook in your chest that once you’ve seen something, you can’t unsee it. Now you know this about people. Now you know that they’re capable of this and it changes your opinion of them entirely, or it vindicates your suspicions because you felt funny around that person and you couldn’t put your finger on it. And now that you can put your finger on it and now that you have but you don’t have any proof… that’s what’s so frustrating too. At one point she’s trying to convince her husband and she said, “You mean, did anyone other than me see this and think it’s a problem? Excuse me, I guess you’ve lived with me too long and I’m now wallpaper and I don’t count as a voice.” I’m kidding, I don’t want to put words in [Margaret’s] mouth, but I mean there is a lot there to identify with, for the audience. I’ve certainly stood in the street and seen things happen and you just feel shock and awe, like you want to do something about it. So, that’s a very visceral human experience, and she’s being stuck in a car, in a parking lot at the moment… it’s a bummer because she tried to catch them, but she couldn’t, that’s the shoe leather that gets lost in editing. That’s fine. We don’t need it.

It’s such a great “less-is-more” approach that really does work in the movie. It’s so great watching you in this role, of course, because you’ve done so much over the years from every manner of role, but like you were saying earlier, it feels new, right? It’s like you’re doing so many different things here. Has your process changed over the years? Do you notice ways you approach roles differently than you would have in, I don’t know, the 1990s?

Well, the fun thing is I get to play the people that are the age that I am. Right? So there’s that. I have been all the ages that have come before the day that you’re speaking to me. So I have all of those to draw on, if I were to say, write. But as far as portraying them on camera, the needle can only touch this spot in the record. So I am, in some ways, very extra liberated because I’ve lived so much and I will always be trapped in the moment that I’m in, which is a very human reality that we all share, but we’ve lived so much now. And so, the perspective and the circumspection of where life can surprise us increases with age because you think you’ve seen it all or you think you’ve had your quota of surprises in life and that’s not true. But I’m grateful. I’m very grateful that I can impart that on the screen. I think people want to remember, or be reminded, that the mystery doesn’t end at a certain number and as I’ve often said, so I’m sure I’m repeating myself somewhere, but having the footprints in the sand ahead of me, that I’m walking into, with the women I’ve seen on film going past age thirty-five or whatever the cutoffs used to be for stories being told. Now it’s great because I’m looking at the young people and I want to give back. I want to be able to encourage them to believe in themselves well beyond whatever was promised to me. Or that I was told that it was okay to aspire to, let’s put it that way.

Well said. Okay last question, obviously with COVID going on, I think this is perhaps a harder question than it once was, but what is next for you?

Good question! [Laughs.] Yeah. No, we’re all improvising, as you do, in a global pandemic. And not only that but I think a lot of stories are harder to tell. Those crowd sequences, you get into some trouble with that. So, I think movies like Let Him Go would work because they’re smaller as a type of story. I think the ones that are going to get green-lit right now, are going to be ones that are filmable and that’s a criteria that has changed. So we have new boundaries within which to work. So it’s fun because I think it’s going to green-light a more intimate sort of tale versus these giant stories where you have street sequences. We do have films and things [going on]. I’m going to head back to Canada on Sunday and go back into a 14-day quarantine and all that. But we keep our masks on and then we just take them off at the last minute. And we did have somebody in the scene who forgot to take her mask off. We shot the whole scene and nobody noticed anything. [Laughs.] So, we can’t use the footage, but boy, that was funny. Thank you for that. I think you made my day.

Let Him Go is now available to own on digital and will be available to rent on February 2, along with a Blu-Ray/DVD release.