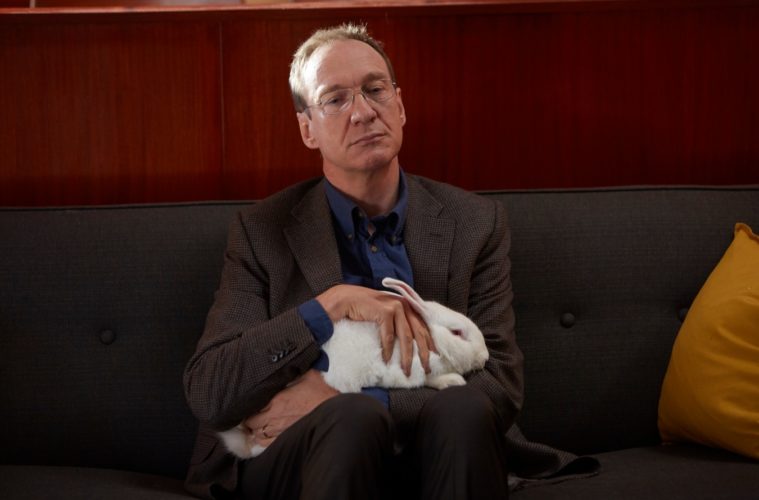 Atom Egoyan (Exotica and The Sweet Hereafter) is back after five years with the thriller Guest of Honour starring David Thewlis (Naked), Laysla De Oliveria (Locke & Key), and Luke Wilson (The Royal Tenenbaums). While Kino Lorber recently picked up the film, which premiered on the fall festival circuit last year, for a North American release, the first international trailer has now arrived.

In the story, Veronica (De Oliveria) has been wrongfully convicted of sexually abusing a seventeen-year-old student and she has been sentenced to prison. However, she convinced she deserves the punishment as penance for an earlier crime in her youth and refuses to fight the charges. Jim (Thewlis), Veronica’s father, refuses to accept this course of action and utilizes his power as a food inspector to right certain wrongs.

Our review by John Fink praises the film as a return to form for Egoyan conveying, “If Egoyan wasn’t so masterful at misdirection–burying what in chronological order might have an over-the-top soap opera about a health inspector and his daughter, into a complex character study of two damaged characters–it might have been unwatchable… Guest of Honour is fascinating and entertaining in the moment–led by David Thewlis in his best performance since Mike Leigh’s Naked.”

When a hoax goes very wrong, Veronica, a young teacher, is falsely accused of abusing her position of authority over 17-year-old Clive. Sentenced to imprisonment, Veronica is nevertheless convinced she deserves to be punished, but for much earlier crimes, and rebuffs her father’s attempts to secure her early release. Frustrated by his daughter’s intransigence, Jim’s anguish begins to impinge on his job as a food inspector. He wields great power over small family-owned restaurants; a power he doesn’t hesitate to use.

Guest of Honour will arrive later this year.