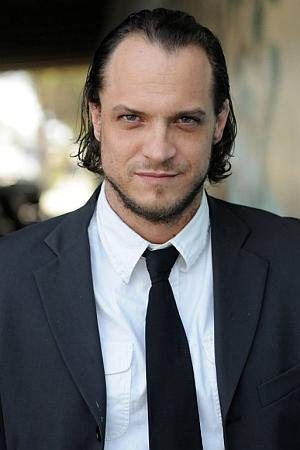 After bit parts in both Seven Psychopaths and The Dark Knight Rises this year, actor Ronnie Gene Blevins is set for a major breakthrough. According to Variety, the star has been chosen by David Gordon Green as the villain role in his currently-in-production drama Joe.

Blevins will be joining Nicolas Cage and The Tree of Life star Tye Sheridan in the drama scripted by Gary Hawkins from Larry Brown‘s novel. While Blevins will take on the villain role of Willie Russell, Cage plays an ex-con who becomes a role model to Sheridan’s 15-year-old Gary Jones. The film follows the duo “together they try to find a path to redemption and the hope for a better life in the rugged, dirty world of small town Mississippi.”

With this one currently in production and his secretly shot project Prince Avalanche with Paul Rudd and Emile Hirsch aiming for a Sundance debut, chances are we could see two films from the director next year. Both are seemingly a return to form after Green experimented with a trio of comedies in Pineapple Express, Your Highness and The Sitter.

Are you looking forward to Green’s next project?