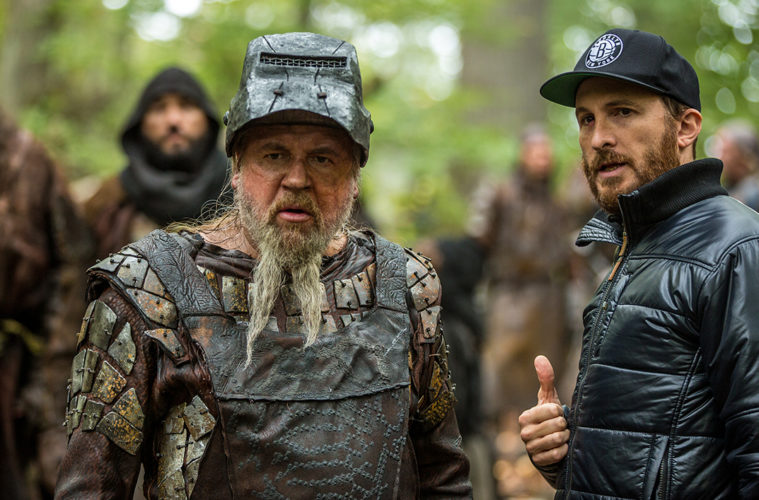 The Gaby Hoffmann-led drama Lyle is streaming for free on the official site.

At The Telegraph, Robbie Collins attempts to tell the story of Hollywood in 10 films:

The story begins in 1920, when cinema was a young, ambitious art form that, in films such as D W Griffith’s The Birth of a Nation and Intolerance, had already proved its aptitude for spectacle. But for the most part, it wasn’t yet equipped to seriously reflect the war, revolution and poverty that pockmarked the modern world.

Shooting Eyes Wide Shut in England, Tom Cruise had time to kill. One evening, he and Nicole [Kidman] watched Boogie Nights (1997), the second feature from twenty-seven-year-old wunderkind Paul Thomas Anderson, a writer-director and LA native son who had become the upstart of Hollywood after his first film, Hard Eight (1996), made a splash at Sundance. Cruise was struck by a bungled, drug-addled robbery scene set to “Jessie’s Girl” and called Anderson up with his congratulations. Anderson happened to be in London, and he gladly accepted Cruise’s invitation to visit the Eyes Wide Shut set. Noting [Stanley] Kubrick’s scant film crew, Anderson asked the director if he always worked on such a small scale. “How many do you need?” replied Kubrick. “I’m an asshole, man,” said the humbled young auteur, “I spend too much money.” But he was about to embark on the most star-studded and narratively complex film of his career.

At The Dissolve, Tasha Robinson revisits The Double Life of Veronique:

The first shot of Krzysztof Kieslowski’s 1991 film The Double Life Of Veronique is a pan across a nighttime cityscape, seen through a murky haze of smog… and seen upside down, from the point of view of a little girl being dangled head-downward, as her mother tells her to look for a particular star. Then Kieslowski cuts to a fuzzy blur with a gigantic magnified eye in the middle of it—the eye of another little girl in a different country (but played by the same child), looking at a leaf through a magnifying glass, as her mother tells her to examine it closely and appreciate the fine veins. The next shot, as the credits roll, is a woman walking in a public place, flattened and stretched through a lens, with washes of color and darkness passing over her; it’s hard to guess at her age, or the setting, or the era. In less than three minutes, Kieslowski distorts reality three times, giving viewers no hint how the three strange images are connected.

1942’s Casablanca has repeatedly been canonized as the best film Hollywood ever made. Its iconic dialogue produced a bevy of quotable lines that sealed seated their seemingly eternal place in movie culture, and it’s damn near impossible to refer to Humphrey Bogart’s iconic career without bringing to mind his worn mug reminiscing to Dooley Wilson’s iteration of “As Time Goes By” in his empty bar’s depths of night. Never has Bogie been so tragically Bogie, or, for that matter, Bergman so classically Bergman, Rains so nobly Rains, Lorre so campily Lorre, and the film’s team of studio scribes so harmoniously in tune towards a pitch-perfect example of Hollywood narrative convention.