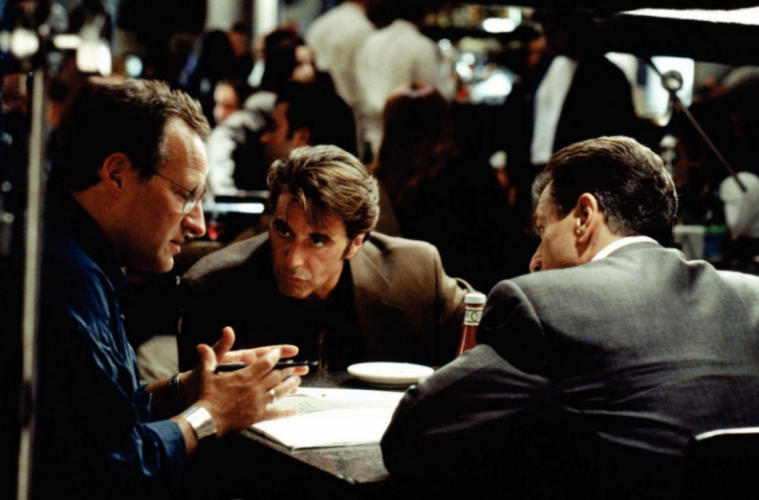 If I don’t need much of an excuse to speak with Dante Spinotti, he shouldn’t require much of an introduction. Yet it is worth noting his place as a chief visual architect in the cinema of Michael Mann, with whom he’s collaborated on five key features: Manhunter, The Last of the Mohicans, Heat, The Insider, and Public Enemies. The breadth of subject, scale, and format alone evinces a career well-spent, and his perspective is well-used on the jury for Camerimage’s Cinematographers’ Debuts Competition, but the man won’t deign to consider himself an artist. Read below for that and more:

The Film Stage: You’re on the debut competition jury, so I ask you what I asked Dick Pope: how, if at all, does the film-viewing process change when the fact of these films being debuts is in mind?

Dante Spinotti: Well, first of all, I don’t think it makes any sense to separate the films. You might consider it later on, but, as you’re watching the movie, it’s about enjoying the direct experience — the possibility of some emotional transmission. So I don’t think that makes a difference. What you do see, most of the time, is that there’s, obviously, a limit to the money they had. So part of it is either to admire the way they found solutions — notwithstanding the low budget — but, other than that, a lot of young people will tell you, “Dante, I did this. Can you look at my short? But I had so little time to do it, so little money.” This is not an excuse business. There is no excuse; it doesn’t matter. It’s your problem. The only thing that does matter is the communication between the director and what you saw. Do you get that emotion? Are you involved?

Are there particular aspects of cinematography that you take note of when watching a movie?

What level of freedom do you seek as an artist? Do you prefer directors who are visually minded, or the opportunity to put your stamp on a project?

I don’t care about putting a distinctive stamp. What I do care about is… when you read a screenplay, it’s possibly something you’d really like to work on. Something that represents a challenge, and so you go through a lot of things: the history, deep into what the story means — that’s what you’re trying to represent with your cinematography. There are a number of different ways of cooperating with a director. When I work with Michael Mann, Michael is usually very keen on his camera angles. Very rarely, if I step in, was I consulted about where or what kind of lens to use in how to do a shot. Sometimes, it happens. It’s a lot about prepping, so it’s a lot about interpreting the scenes with lighting in a way that is functional — also very efficient, very simple in communication, and possibly, also, somehow fascinating and dynamic. I’ve done films where my cooperation in telling the story with a camera — the angles and the editing — I had a much bigger influence in doing that.

Secretly down, I think a director should have a good idea of how he wants to photograph his film, because the director is the person who most knows, intimately — in an ideal world — what he wants. So it is good to communicate with a director that also has a sense of, visually, what’s going on. But I’ll tell you: I’ve done movies in which I have to take care of the whole reading, with the camera angles; others in which it’s a different kind of collaboration. It’s not a rule. I’m convinced that we are not artists — filmmakers are not artists. I like what Umberto Eco said: “For something to be considered a work of art, it is necessary that the elements of communication between the artist and the viewer are moved forward.” If you imitate another painting, you’re not an artist.

So you need to move forward, to make a step forward, with whatever element you use to communicate. In that sense, it’s a major step forward, because it’s a step forward for the whole of humanity, if you think about it. But this doesn’t happen. What I’m really saying is that I don’t think we’re artists. We are conditioned too much by a series of problematic elements — the weather, the mood of the people, the schedule, lack of money, lack of time, actors that come and go — but we all know that a movie can be a work of art. So, for some interesting reason, it’s cooperation that takes you there.

Mann is so known for his sense of control. Did you feel a change in workflow when moving from film to digital?

I know Michael very well. We are friends and have been friends for a long, long time. Michael is, for sure, the kind of director who, if you agree with him and understand what he has in mind to do, you can work with him. If you are someone who discusses or does disagree, you better not do that. You don’t need to step into a hard time. So if you agree and understand, it’s all fine — and you like it. If you agree with something, you like it. I always found, even when I did my first movie with Michael… the way I describe it is that, for me, coming from Italy and some good television, he was like finding a way of making movies that maybe I dreamed of, in my mind, but that I actually never worked on. It’s kind of interesting. He was great, and I have always highly admired him; I learned a lot from Michael Mann. It was always an operation that needed quite a bit of concentration to make it happen.

I think Michael has been as influenced as anybody else by the technical change to digital from film, because, obviously, it has been such a major change when you can see what you’re doing. It’s not small; you can see exactly what you’re doing. What I’d say, just as a note, is that the first movie I did with Michael was Manhunter, and Michael had started and learned a lot more about lighting throughout his movies. Every movie I work with him, he was a little more prepared. “Hey, why don’t you do this instead of doing that?” I remember a famous scene in Last of the Mohicans. We were shooting at night with Magua, and it was one of those night exteriors: 6:30, dawn is coming up. So I see the light getting blue in the sky, and I follow a technique that I experienced and worked out many times: I placed every light on a dimmer, so when the general light comes up, you boost up your Tungsten lights, and so you avoid seeing the light comes up. At some point, Michael turned to me and said, “Dante, why did you turn this up in the forest?” I said, “Michael, that is the sun.” He hadn’t realized that the sun was up!

Those movies have been remastered over the years. Do you have an extensive hand in that process?

At times, yes. If I’m around, yes. Like, with this new remastering of Heat, I was invited. I went to the screening of the film print, which was a beautiful film print. We saw it with a colorist and everybody, and they kept going and worked on it. But, at times, I’m also involved in going through the whole operation.

What is it like to watch these films that you worked on decades ago? Do you reflect on how you might have changed as an artist, or perhaps wish you’d done things differently?

Yeah, of course. Also, the process that I had in my working life — which was starting late, being a freelance in Italy, and, after a few years, deciding to abandon everything there and come over here and start all over again — those will influence the way you work, because if you work between friends for a long time and you don’t have this responsibility anxiety to make it work — in other words, not to do this movie, but then be called for another film, which is stressful if you want influence over what you do. You need to be good enough to keep going. You look back at things and probably feel there might’ve been something that you might’ve done better. But the great thing about this profession is that there’s really an ongoing process of learning, of encountering complexities and finding solutions in an environment which is always entirely different — a human cultural issue that is completely different from the previous. So that’s what really makes a difference.

Do you have a desire to try new technologies, e.g. GoPros or iPhones? Do they inspire a desire to stake out some different frontiers?

Yeah, sure. For instance, we had a scene in the last movie I did — it was about human trafficking. The bad guys happened to hide in a mine, all these girls; then one escapes. The locations we had found were basically sections of a museum. We changed all the lights to make it as dark as possible, but my idea was to shoot the scene as if one of these girls had an iPhone with her, with imperfect, not-exactiy-precisioned framing — the sense of being there to witness something that happens and, somehow, you capture it. I enjoy, when you have these little cameras around, that you can put in angles where it can give you a very interesting point of view.

When I talk to students, I always screen a section of a movie that you might remember; it’s in The Last of the Mohicans. There’s a scene where she meets him in a significant way for the first time: she’s the nurse inside an infirmary, he arrives, they exchange a look. So there are some angles in the coverage which are “classic” — book-light stuff, the right framing, tight, over-the-shoulder — and there’s also an angle on him which is a three-quarters side, even though we shot him from the front and everything on the coverage. But Michael, in the editing, used a side-angle, and in that little trick is the whole key of how to use tiny little machines. What I like about that is that it’s good to have other cameras around, but, even then, you still learn how to show people talking and having a story from each angle.

Do you have an iPhone?

Yeah, but I’m technically kind of… I hate iPhones. I have one, but I like simple things; I like phones to be phones. In the end, you get stuck in something and don’t really know how to do it. When you learn how to do it, of course it’s great to go in Skype and WhatsApp and call my wife, who’s across the ocean, and see her on the screen.

No, I don’t. But, for instance, I’m pretty good in Photoshop. Since I always had a darkroom, I wanted to learn Photoshop and be at least as good as I was in the darkroom. When I really need something to do what I do, I learn about it — just to have this to go around town. If somebody has it next to me, it bores me that I have to learn; I don’t know some of the stuff. You click the wrong button, and it all disappears. I find it profoundly boring.