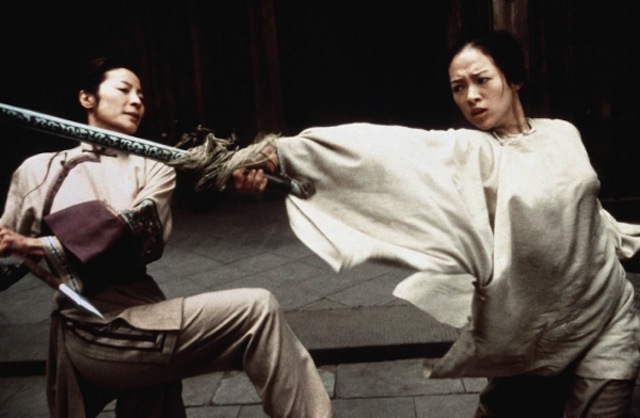 Hard to believe that it’s actually been more than yen years since Ang Lee’s Crouching Tiger, Hidden Dragon was released. Harder yet to imagine that we will be getting a sequel, tentatively titled Crouching Tiger, Hidden Dragon II: The Green Destiny. We reported earlier in the year that the international hit film was circling a sequel, based on the fifth book of Wang Du Lu’s Crane-Iron series, but today The Weinstein Company issued an official confirmation.

The production is slated to start this summer in Asia, with Michelle Yeoh reprising her role as swordswoman Yu Shu Lien, joined by martial-arts superstar Donnie Yen as Silent Wolf. While Lee won’t be returning, having gone on to develop an eclectic resume that includes Hulk, Brokeback Mountain and Life of Pi (that garnered him an Oscar), the original’s fight choreographer Yuen Wo Ping (who also worked on The Matrix) will take directing duties on the sequel.

Harvey Weinstein expressed his confidence in Ping and the new film, saying “He is a first-class director and choreographer, and I am thrilled to be teaming up with him once more. With John Fusco’s incredible script and the dream team of Donnie Yen and Michelle Yeoh we are in great shape.” Wang Hong, the son of the novel’s author, is similarly supportive, maintaining that “My father created timeless characters and stories of universal appeal. They remain no relevant today. Through great filmmaking, another generation will get to experience them.”

While it certainly appears that the sequel is being backed in the best possible way, there’s the remaining question of why fans should be excited for it.  Part of the difficulty is that Crouching Tiger, Hidden Dragon so changed the landscape of foreign genre fare and how it’s consumed here in America that it’s impossible to imagine a follow-up having even half the impact. It took the success of Dragon, and to some extent Life is Beautiful before it and Brotherhood of the Wolf after it, to prove that international films could play in their original language and still retain an audience. More importantly, it brought the global martial-arts scene back into focus here in the states.  Never again would an Asian cinema fan have to wander seedy video rental joints trying to convince obstinate clerks that Fist of Legend was most certainly not an adult film title.

This brings us back to a Crouching Tiger sequel and the question of its relevance in a glutted market. What was unique and mostly beautiful because of the way it reinvigorated a film form that U.S. audiences had come to equate with schlock will now be just one more wire-fu extravaganza. Then again, maybe there’s something to this new chapter, and the knowledge that Ip Man’s Donnie Yen will be taking center stage with Yeoh certainly helps us retain some excitement.

What do you think? Would you turn up for a Crouching Tiger, Hidden Dragon sequel? Without Zhang Ziyi or Ang Lee aboard, do you even care?