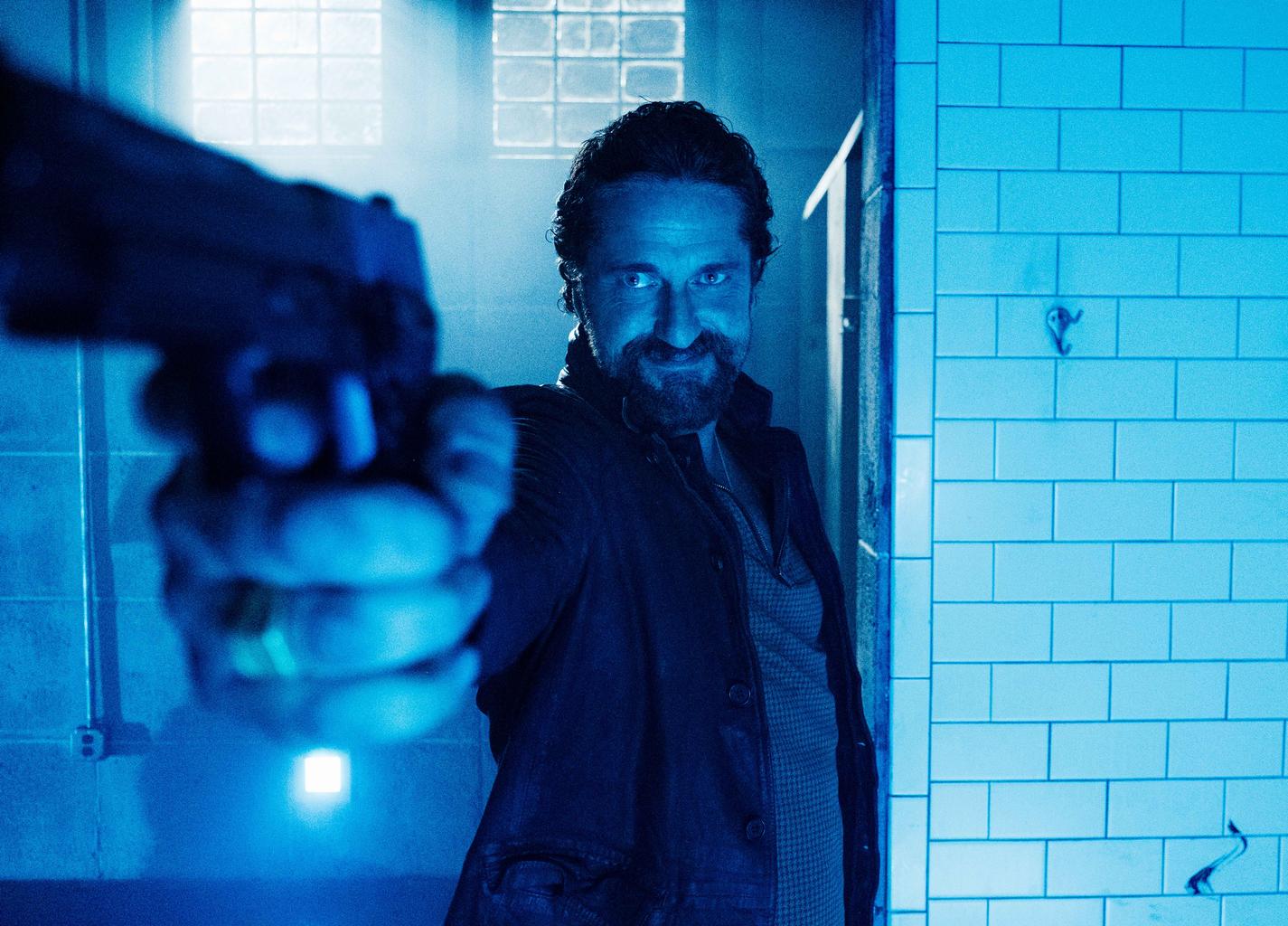 It’d be hard to argue Joe Carnahan isn’t permanently stuck in 1997. Operating well past the point where dozens upon dozens of Tarantino knockoffs were inescapable on video store shelves and in shoebox auditoriums across America, he seems, if anything, intent on morphing the ’90s aesthetic into a new form of classicism for the 21st century. As the kind of guy who still finds slow-motion gunfights cool a full three decades after Hollywood caught wind of Hard Boiled, it’s nice he at least believes in a tangible, quasi-human cinema.

Despite putting his trademark obnoxious, corny humor on full-blast at moments (it’s as recognizable as Michael Bay’s), Carnahan’s newest, Copshop, feels like an act of relative restraint. And like something that’s cornering the VOD market yet given an exclusive theatrical release, the movie shows Carnahan giving a decent realization of a confined space as well as finding a nice middle ground between patient and manic. He’s always been a relatively solid craftsman who, with bad taste, is his own worst enemy—the kind of guy who can stage a spatially sound, exciting setpiece but squander it with a tacky soundtrack choice. Copshop proves limitations may be his best friend.

Perhaps this writer just has something of a soft spot for sunbelt kitsch; it was hard not to be on the film’s side when its opening minutes send cars barreling down a desert road. The chase involves a Las Vegas fixer, Murretto (Frank Grillo), connected to the recent murder of the Nevada Attorney General and finding himself on the run from a hitman, Viddick (Gerard Butler). Needing refuge, he sucker-punches a cop, Valerie (Alexis Louder), in order to instantly land in a prison cell. Yet Viddick finds a way to worm himself into the opposite cell. From there, an inside job amongst Valerie’s fellow cops to collect the bounty on Murretto’s head complicates matters and, like Carnahan’s 2007 “opus” Smokin’ Aces, we find ourselves trapped with competing assassins in Nevada.

The prospect of a more actor-driven film was exciting—likely due to the presence of Butler, who has rightfully gained a new appreciation amongst cinephiles as of late for shedding his initial bland movie-star good looks and “charm” to instead permanently look bloated, hungover, and project a meatball aura. With Butler spending most of the movie growling behind bars, though, we’re left with Carnahan and B-movie favorite Grillo donning a man bun as our ostensible hero. Though maybe not—we keep returning to Valerie and her gunslinger fixation, itself an opportunity for more attempted Tarantino-isms in the dialogue. Carnahan doesn’t seem completely interested in exploring the politics of a black female cop, but perhaps we were spared something completely tone-deaf.

There’s a bit of a relaxing tone when so much of the cast looks visibly tired—until squeaky-voiced character actor Toby Huss shows up as a relentlessly quirky (and annoying) hitman honing in on Viddick’s territory. Thankfully it seems the low budget prevented a few more “colorful” assassins straight out of Smokin’ Aces ruining the tone. And while a few too many digital squibs also tamper the movie’s initial analogue charm, Carnahan manages to stick the landing of his admittedly modest goals, orchestrating a satisfying, bloody conclusion involving all three leads. If late-night cable, for which movies like Copshop were seemingly made once upon a time, still endured, you’d be happy you stayed up to the end on a restless night.

Copshop opens in theaters on September 17.