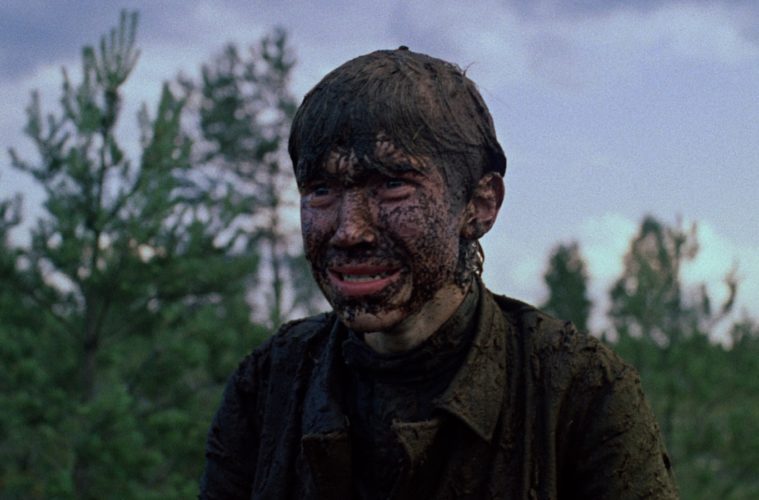 A deeply influential masterwork, whose reverberations can be seen recently in the likes of Son of Saul and forthcoming 1917 , Elem Klimov’s Come and See is a harrowing war epic. The 1985 Soviet has now been stunningly restored by Mosfilm Cinema and will be released by Janus Films, which means a release on The Criterion Collection in the future, but first, it’ll arrive in theaters this February.

Following a young Belarusian partisan teenager during World War II, the immersive, horrifying film takes us through the irreparable damage the Nazis inflicted on the population. “The greatest war film of all time,” said Peter Debruge in Variety, adding “A master class in cinematic p.o.v., providing an impressionistic sense of the absurdity, carnage and overall senselessness of war.”

This widely acclaimed film from Soviet director Elem Klimov is a stunning, senses-shattering plunge into the dehumanizing horrors of war. As Nazi forces encroach on his small village in present-day Belarus, teenage Flyora (Aleksei Kravchenko, in one of the screen’s most searing depictions of anguish since Renée Falconetti’s Joan of Arc) eagerly joins the Soviet resistance. Rather than the adventure and glory he envisioned, what he finds is a waking nightmare of unimaginable carnage and cruelty-rendered with a feverish, otherworldly intensity by Klimov’s subjective camerawork and expressionistic sound design. Nearly suppressed by Soviet censors who took eight years to approve its script, Come and See is perhaps the most visceral, impossible-to-forget antiwar film ever made.