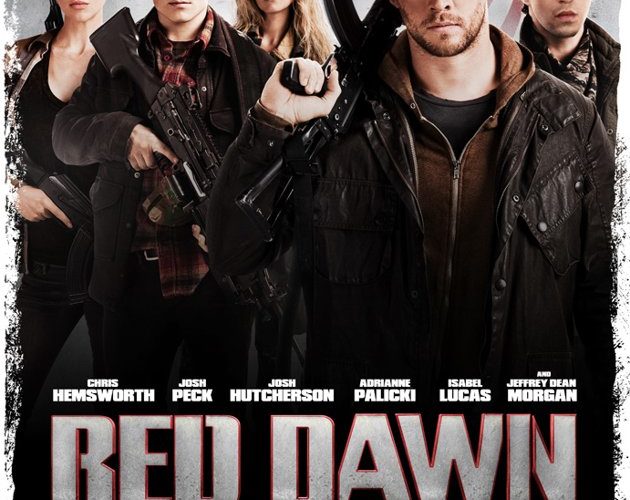 If there are two leading men that have conquered the year in film, at least on the Hollywood side of things, it’s easily Chris Hemsworth and Channing Tatum. The former star was seen in the blockbusters Snow White and the Huntsman and The Avengers, as well as the year’s best horror flick, The Cabin in the Woods. The latter star showed his funny bones in 21 Jump Street, his action chops in Haywire and his many other skills in Magic Mike, as well as pleasing his rom-com fanbase in The Vow. Now they’ve both got fall films lined up and we’ve got the first theatrical posters today.

First up, we’ve got the one-sheet for Dan Bradley’s Red Dawn remake, which features Hemsworth, alongside Josh Hutcherson (The Hunger Games) and The Wackness‘ Josh Peck. With a tease last week, expect a trailer to hit any moment now. Then we have the poster for 10 Years, an indie drama directed by Jamie Linden and starring Tatum, Rosario Dawson, Justin Long, Kate Mara, Anthony Mackie, Brian Geraghty, Chris Pratt, Ron Livingston, Lynn Collins and Oscar Isaac. Despite the strong cast, it received mixed reviews coming out of TIFF last year. Check out the poster below via Yahoo/EW. Which film are most anticipating? Which poster do you favor?