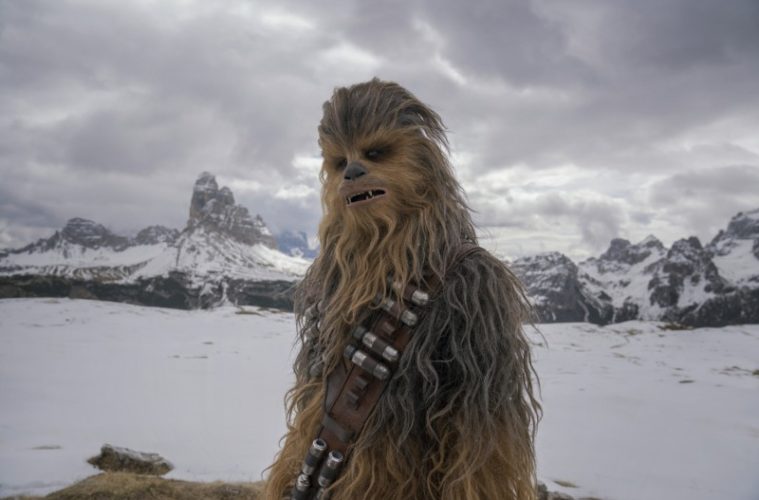 For the third time in as many years, Finland’s own Joonas Suotamo dons the iconic Wookiee get-up to continue playing Chewbacca in a galaxy far, far away. Suotamo, at 7 feet, certainly has the height to play the famous walking carpet, but how about his acting chops? Well, if you somehow thought Chewie was still being played by Peter Mayhew, then you can thank Suotamo’s thespian background for the seamless performance.

We got to sit with Suotamo (who has a very Star Wars looking name) to discuss the role, the gestural and non-verbal delivery, his inspirations, and his hard-to-pronounce last name. I fell into the trap inadvertently referring to him in his own tongue as a “swamp worm.” [Cue Finnish children’s laughter]. Chalk it up to the dizzying environment of a press junket, and my last name is also regularly butchered, so I get a pass.

But Suotamo is a delight, and has embraced the film series and the culture. He’s also got a great sense of humor. As he was a professional basketball player in Finland, we discussed the possibility of him playing basketball dressed as Chewie. Would a Wookie have a wicked hook shot? His answer is pretty funny. Enjoy our time with Suotamo below.

Solo: A Star Wars Story is now in theaters.