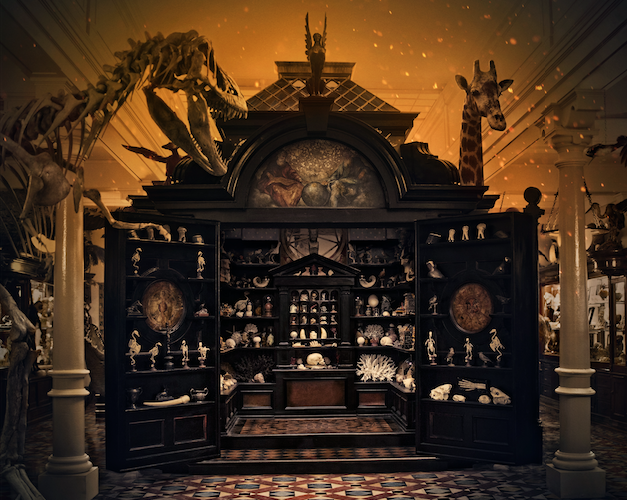 Alfred Hitchcock might have been stating the obvious when he said, “If it’s a good movie, the sound could go off and the audience would still have a perfect idea of what was going on.” Cinema is fundamentally a visual art, and silence is golden in Todd Haynes’ Wonderstruck — but also a little drab. It’s the first family-oriented project from the director who has, over the course of a lauded career, been associated with the American independent movement of the 1990s (Safe, Poison) and, more recently, lush period melodrama (Far from Heaven, Carol). It’s also the latest film to be adapted from the books of writer-illustrator Brian Selznick, whose earlier work The Invention of Hugo Cabret offered a similarly against-type genre outing for Martin Scorsese when he made Hugo in 2011. The comparison, it must be said, is not flattering.

Haynes’ film is a stranger beast and perhaps a more experimental work in many ways, one that skips somewhat cumbersomely between different time periods, sound and silence, imagination and reality, and color and black-and-white. In this way it’s probably a closer relative to Haynes’ I’m Not There, though lacking that oddity’s confidence and narrative élan. Selznick’s split story (adapted to the screen by the man himself) plays out in parallel through the eyes of both 12-year-old Ben (Pete’s Dragon star Oakes Fegley) in Gunflint, Minnesota circa 1977, and a deaf girl named Rose (newcomer Millicent Simmonds) in Hoboken 50 years earlier. The drama (or perhaps lack thereof) of Wonderstruck relies wholly on the mystery of how these two disparate characters are connected and the manner in which they will eventually meet.

The opening act is not an easy one for young Ben, who first loses his mother (Michelle Williams, who appears in just one scene despite her high billing) and then –in a freak incident involving a telephone and a lightning storm, just after discovering a clue to his absent father’s whereabouts — his hearing. Back in silent, black-and-white 1927, Rose collects clippings of her absent mother, a silent movie star who is not called Lillian Gish but Lillian Mayhew (Julianne Moore) and who is about to appear on the stage just across the Hudson in New York.

Thus begins Ben and Rose’s mirrored journey, which will have its first crucial geographical overlap during a prolonged set piece in the Natural History Museum. This is arguably Wonderstruck’s most inventive sequence and, somewhat awkwardly, the most reminiscent of the train-station scenes in Hugo. Rules are broken. Hideouts are discovered. Meddling security guards get in the way. You know the score.

It’s here that Ben finds a pal in local boy Jamie (Jaden Michael), the son of one of the museum’s employees. We’re asked to root for Ben and Jamie’s newfound camaraderie, but Haynes struggles to evoke any pathos, albeit not for lack of trying. It’s not the only occasion in which Fegley and Michael appear ill-fitted to their roles, not least with regards to their attitudes and accents, which seem jarringly foreign to their characters’ respective origins of small-town Minnesota and working-class New York. Simmonds, on the other hand, offers a perfectly silent and humble display as young Rose, a performance that draws remarkable empathy regardless of whether or not the viewer is aware that the actress herself is deaf.

As with Hugo, an appreciation for the sort of human imagination that inspires — and is consequently inspired by — tactile art is at the heart of Selznick’s story. On show here is the same love for the craft of silent filmmaking as there is for that of diorama and the strange magic of provenance. What’s odd about Wonderstruck, almost to the point of being an oversight (at least until the film’s climax), is that these methods fail to be harnessed with any great charm within the parameters of the film itself, and this is nothing short of tragic given that Haynes has reassembled his production dream team of composer Carter Burwell, cinematographer Edward Lachman, and costume designer Sandy Powell, a near-peerless combination who have, with Carol and Far from Heaven (though the latter was scored by Elmer Bernstein), collectively produced two of the most aesthetically beautiful and classically cinematic films of the 21st century thus far.

We digress. Perhaps more at home with the slow unraveling of a decadent love story or complex mind, Haynes fails to impart Wonderstruck with the sort of zip that gives young persons’ capers like these the pacing they require. The task of stringing the audience along is instead left precariously to Burwell’s score, which is packed with the composer’s wonderful signature swells but nevertheless comes across as emotionally expositional and is ultimately hackneyed by its own persistence.

You could turn the sound off, I suppose, but, as a guy once noted, you might be left with no idea of what’s going on.

Wonderstruck premiered at the Cannes Film Festival and will begin its U.S. release on October 20. See our coverage below.