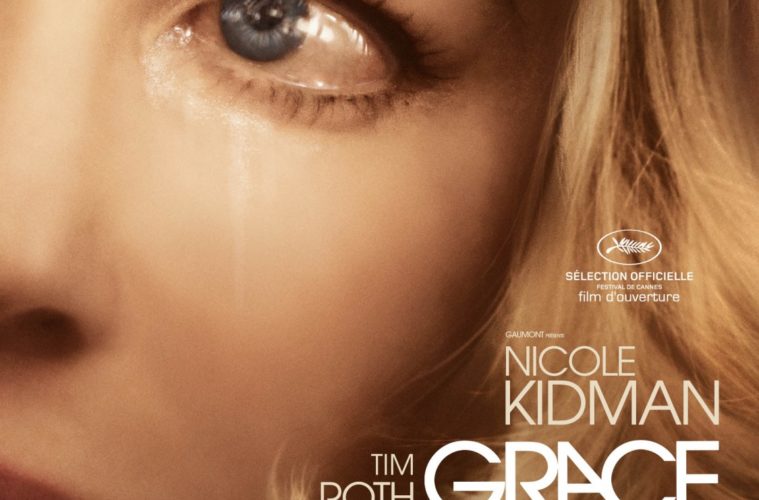 A tracking shot slowly moves around a blonde princess on a Hollywood set. We follow the applause as she leaves for the final time and into her dressing room, left alone facing the mirror. Now she must face herself. So begins Olivier Dahan’s Grace of Monaco, the opening film of this year’s Cannes Film Festival, and a mostly harmless and occasionally offensive affair that purports a “fictional account” of a true story.

The actress is Grace Kelly, played by Nicole Kidman, who exited the screens for Monaco to become queen to the sovereign city-state bordering France. Set through 1961 to 1962, Grace is portrayed as unhappy wife to Tim Roth’s oddball Prince Rainer, cutely called Ray. Without much set up on the life that Kelly led before, Arash Amal’s script never creates a psychological portrait to justify Grace’s constant whining as she runs around Monaco trying to find her fit in this strange new European world. The opening incident of Alfred Hitchcock (Roger Ashton-Griffiths’s sad impression is somehow worse than the two recent biopics) luring her back to Hollywood to play in Marnie is a non-starter that is awkwardly weaved into the film’s political intrigue, with Dahan using a preposterously silly CGI newspaper montage coming off as a joke more than a cause for alarm. Of course, that political intrigue is not particularly fascinating either. The tiny country fights for its independence under De Gaulle who demands taxation from the country’s citizens for courting French businesses. All described in talk, the political complications at play are never exactly clear, but Amal feels free to equalize Monaco’s fights with the subsequent Algerian battle for independence in the most embarrassing of fashions. The film runs around in circles trying to make a case for the importance of this intrigue as a fight between modernism against the 19th century views of the French empire, and even more constantly emphasizes Grace’s progressive views. Sadly, the best subplot within this, a possible spy within the family with Parker Posey as the main suspect (a Fay Grim sequel!?), never goes anywhere.

There’s an argument buried in the film that “playing” the Grace of Monaco was essentially Kelly’s greatest role, but Dahan and Amal break this down into very retrograde ideas of femininity. Kelly must transform herself into a good wife and throw a big party by the end to impress Charles Du Galle. Complete with its own style of a Rocky-training montage of her learning how to play her new role (Derek Jacobi has a fun time as her teacher), one can imagine Amal and Dahan creating a fascinating role-within-a-role performance here, but really Grace of Monaco is content with showing her trying to play a good wife, standing strong by her husband’s side. Dahan’s camera looks longingly at Kidman in long shot as if searching her body to understand what made Kelly’s filmic performances so iconic, eventually landing on her eyes and lips and focusing intently on them in extreme close-ups that run through a volume of emotions. It’s sadly the single interesting visual cue by the director of La Vie en Rose, who otherwise shoots the luscious locales in a rather disinterested fashion.

The biggest problem with Grace of Monaco is that it’s essentially built on inaction. Grace doesn’t know what to do, Ray doesn’t know what to do, so everyone sits and stands talking about how they are not doing anything. Kidman’s best performances (Dogville, Eyes Wide Shut) have centered around her shyness and quietness, creating a constant desire to look closer, but here she seems stale and nothing about this iconic star capitalizes on the magnetism Kelly brought to roles in Rear Window and Mogambo. By the time Kidman gets up to give a speech that actually argues “love conquers all,” it goes completely against the film’s opening quote by Kelly about the false lies of fairy tales. Dahan caps the affair with angelic choirs praising her in an all-too fantasy moment that seems better fitted for a martyr than the achievements portrayed here.

Grace of Monaco opened Cannes Film Festival and will be released by The Weinstein Company.