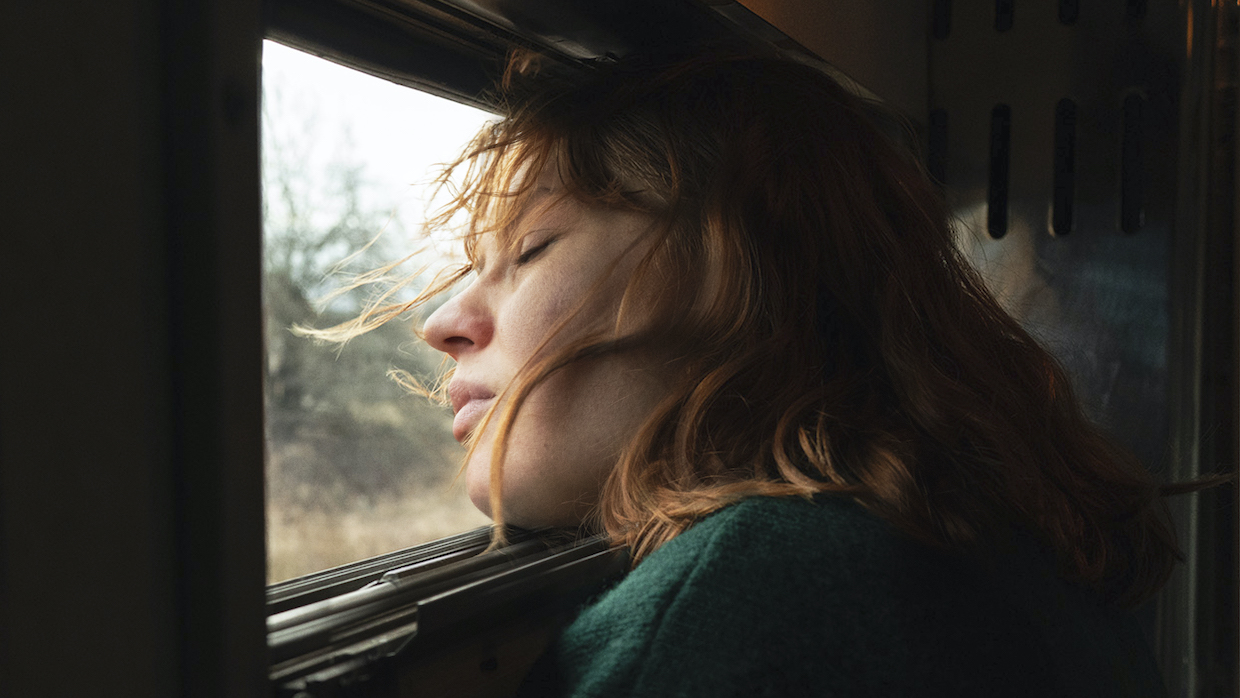 There are few things more aggravating than critics lazily comparing an emerging filmmaker to one of the best-known directors from their country, a shorthand to mask ignorance of cinema from a specific region. For Juho Kuosmanen that means facing various comparisons to Aki Kaurismäki, the best-known Finnish director on the world stage. When announcing that his sophomore feature Compartment No. 6 would be making its bow in the Cannes competition, the festival’s President Thierry Fremaux even reached for the same point of reference.

While not as immaculately stylized as Kaurismäki’s work, the biggest surprise with Compartment No. 6 might be this comparison actually holding some weight. Kuosmanen’s film is both a period piece set in a very specific era (Russia at the end of the millennium and the dawn of Vladimir Putin’s Presidency) yet seemingly exists entirely elsewhere, its period details all tied towards earlier eras, an intoxicating blend of Soviet and Western cultural touchstones dating prior to the Iron Curtain’s collapse. Like Kaurismäki, whose most recent stories of immigration feel both timely and timeless in their conception, Kuosmanen has crafted a drama within a clearly defined moment in recent history, only to refuse to be tied to it. This approach to period storytelling proves far more intriguing than the romantic drama within this setting.

Laura (Seidi Haarla) is a Finish student at Moscow university in the late 1990s. She had plans to make the trip from the capital to the Northern Arctic city of Murmansk, near the Finnish border, to see ancient petroglyphs with her girlfriend before their relationship dissolved. Now she’s making the days-long journey by herself, arriving on the train to find her cabin mate for the entire journey will be Ljoha (Yuriy Borisov), a builder traveling to the city for work. He’s boorish and overwhelmingly, repugnantly sexist, to the point that Laura doesn’t feel comfortable sharing a cabin with him. And yet, thanks to the power of romantic storytelling tropes, she soon finds herself developing a connection with him anyway, the pair spending more time together both on and off the train.

The Before Sunrise comparisons heaped upon Kuosmanen’s film have been innumerable, even if this feels like the antithesis—not so much a train-bound meet cute as a gradual emotional Stockholm syndrome that leads Laura to develop attachments. Though Borisov’s performance as Ljoha is perfectly pitched, the writing of his character makes this unsatisfying as a blossoming romance. The screenplay, which Kuosmanen co-penned with Andris Feldmanis and Livia Ulman, almost instantaneously pivots from his character representing the most toxic form of masculinity to him being more vulnerable and emotionally intuitive than he initially let on.

Instead of central to a natural relationship, his character is quickly redeveloped into being what the narrative needs him to be. A melancholic finale misses the mark by calling back to their initial meeting, serving only to make the idea that Laura would pursue any meaningful connection with this man all the more puzzling, despite his hastily revised character arc as the drama progressed. The film is adapted from Finnish author Rosa Liksom’s 2011 novel of the same name (the end credits stress that it’s a loose adaptation merely “inspired by” that work) with several aspects to Ljoha’s character entirely excised, such as his background as a soldier, and more violent tendencies—changes that don’t serve to make him more easily endearing.

The adaptation has been moved forward a decade from the source material’s setting, the final years of the Soviet Union. The lack of cultural or political signifiers to the late 1990s doesn’t make immediately clear why the director moved the story to this era either; in a recent interview he even stressed that he didn’t want the audience questioning whether it was set during the Yeltin or Putin administrations. Only the subtle cultural conservatism of Laura’s Moscow friends, who merely refer to her girlfriend as her “lodger,” signifies any sort of changing tide in the world around the story.

Perhaps it was just the partial westernization of the country during the decade that inspired this creative decision, allowing for pop songs of decades prior—from the opening blast of Roxy Music’s “Love is the Drug” to the various uses of 1987 Europop hit “Voyage Voyage” by Desireless—to rub shoulders with specific architectural and infrastructural details nodding to both pre- and post-Soviet eras. Kuosmanen shot all of the train scenes on an early-1990s model going out of commission over the course of two weeks. Despite making very little changes to the interiors of the vehicle prior to filming, it can’t help but feel divorced from the period—an early-20th-century design that looks run-down after years of use rather than a model contemporary to the setting. Perhaps this is also the perfect analogy for the stale romantic drama tropes that make Compartment No. 6’s meet cute so uninvolving, despite the richly realized reimagining of an era around it.

Compartment No. 6 premiered at the Cannes Film Festival.