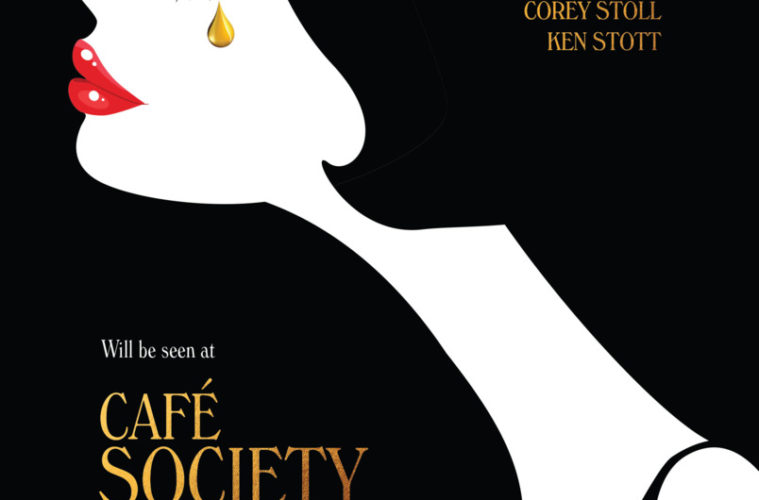 Café Society is a quintessential later-period Woody Allen film. That is to say, it’s thoroughly mediocre. It’s by now a sad truism that the octogenarian auteur is more interested in maintaining his prodigious output of at least one feature per annum (he hasn’t missed a beat since 1982) than to strive for the supreme heights he reached time and again in his first three decades as a filmmaker. Nowadays, if one of Allen’s films happens to be above average, all the better. If not, who cares? It’ll make its money back on the strength of the director’s reputation and the bankability of an invariably star-studded ensemble, the Cannes Film Festival will, at the very least, include it in its Out of Competition program – hey, perhaps even grant Allen the opening slot (as just happened for the fourth time with Café Society) – and there’s always next year to give it another half-hearted go, anyway.

The period is the 1930s and the requisite Allen surrogate for the occasion is Bobby (Jesse Eisenberg), who, at film’s start, has just moved to Los Angeles from New York, hoping to find the glamour lacking in the working-class Bronx milieu of his upbringing. Initially, it seems like Allen will be paying homage to Hollywood’s Golden Age in the same way he did with the Paris of the Lost Generation in Midnight in Paris. Whereas in the latter Owen Wilson’s protagonist ran into his idols whenever he walked into a bar and was always welcomed into their midst with open arms, Bobby never catches so much as a glimpse of the movie stars that drew him across the country. Their names – Bette Davis, Judy Garland, Paul Muni, Billy Wilder, Barbara Stanwyck, James Cagney, D.W. Griffiths, to name but a fraction – are constantly dropped in conversation, and even though Bobby’s influential casting agent uncle, Phil (Steve Carell), represents scores of them, they never attend his parties or patron any of the nightclubs he visits. Bobby has to content himself with driving around Beverly Hills and gawking at the opulent gated villas, fantasizing about the goings-on inside. While Allen doesn’t pile it on as heavily as many have before him, he nonetheless offers yet another portrait of Tinseltown as a hollow, deceitful, and ultimately illusory dream factory. Bobby quickly falls for his uncle’s secretary Veronica, aka Vonnie (Kristen Stewart), who, it turns out, is also having an affair with the married Phil, forming a fraught triangle that eventually dissolves to Bobby’s disadvantage. With his intention to marry Vonnie thwarted — a development analogous to his disenchantment with Hollywood — Bobby returns to New York alone, though Vonnie and Phil end up following him there to nudge him further along a grimly sobering trajectory towards adulthood.

Neither the characters nor their liaisons are the least bit involving. The chief reason is the performances, particularly Carell’s and Stewart’s. Although they have proved themselves stellar actors in the past, here with each line reading they seem to be fighting a losing, relatable battle against boredom. Despite their professed love for one another, seldom have onscreen couples shown such little chemistry. In every one of their scenes together — most of which are furtive night-time rendezvous — they both look like they’d rather be anywhere else. Moreover, Stewart makes no effort to attenuate her signature hipster nonchalance, which, though perfect in a highly contemporary film like Olivier Assayas’ Clouds of Sils Maria, translates badly to a 1930s period setting.

That said, Allen’s script carries an almost equal blame for drawing characters so insipid and dialogues so flat, it’s no surprise they failed to rouse his actors’ enthusiasm. The same is true for much of the plot. Considering Bobby’s Jewish, Bronx background — though more commonly associated with Brooklyn, Allen, too, is a Bronx native — his attraction towards showbiz, and eventual bitter rejection of Hollywood in favor of New York, it’s not difficult to imagine Café Society as an attempt to convey a conflict the director personally experienced as a young man. What is difficult is fathoming why he chose to explore it through such a trite and lazily sketched-out love triangle. It’s not just that the central narrative is underdeveloped; Allen also wastes time with unnecessary subplots, such as the one involving Bobby’s brother, Ben (Corey Stoll), a racketeer with a predilection for burying his business adversaries in cement, or by including redundant characters such as Bobby’s eventual wife, also called Veronica and played by Blake Lively in a thankless role as a bombshell whose only trace of a personality is her wild attraction to jittery Jewish types. (Who’d have thought.)

Another cause for mystification is the lighting, courtesy of legendary DP Vittorio Storaro, who shot Apocalypse Now as well as Bertolucci’s most visually stunning films. Almost every scene is filmed in attention-grabbing magic-hour light, with no regard as to whether the time of day or the sky visible in the background corresponds to the very limited time window during which this could be possible. The effect is so pronounced and the amber glow often so exaggerated that it’s clearly not intended to be naturalistic. But what is Allen trying to say through such overt impressionism? Since, in its first half, the film switches to a muted and more realistic palette dominated by greys and browns whenever it briefly relocates to the Bronx, it initially seems that the otherwise ubiquitous and gaudy radiance signifies the glossy superficiality of Hollywood.

But once Bobby moves back, the same lighting is used in the New York scenes as well. Again, this could feasibly be interpreted as the lingering effects of Bobby’s experience in Hollywood or its corrupting influence across the country (Bobby returns to manage an illegal nightclub). Except that it is also refuted when the film arbitrarily shifts back to its muted colors in certain scenes, or when the improbable shine illuminates even the dingy jazz joints that Allen clearly reveres, given that he depicts them as hidden alcoves of genuine artistic expression. Perhaps it’s merely an expression of Bobby’s escalating jaundice, but even such literal-minded color symbolism would necessitate more consistency.

High praise is due to Café Society’s production and costume design, however. Without overly fetishizing the period’s aesthetic in the way the Coen brothers did in Hail, Caesar!, and despite working almost exclusively in interiors, Allen and his long-time collaborators Santo Loquasto (production design) and Suzy Bezinger (costumes) have put together a ravishing period piece, with Vonnie’s gorgeous cropped blouses and the lavish décor of the many nightclubs evoking far more fascination than the drama they are supposed to be ornamenting.

Café Society premiered at the Cannes Film Festival and will open on July 15. See our festival coverage below.