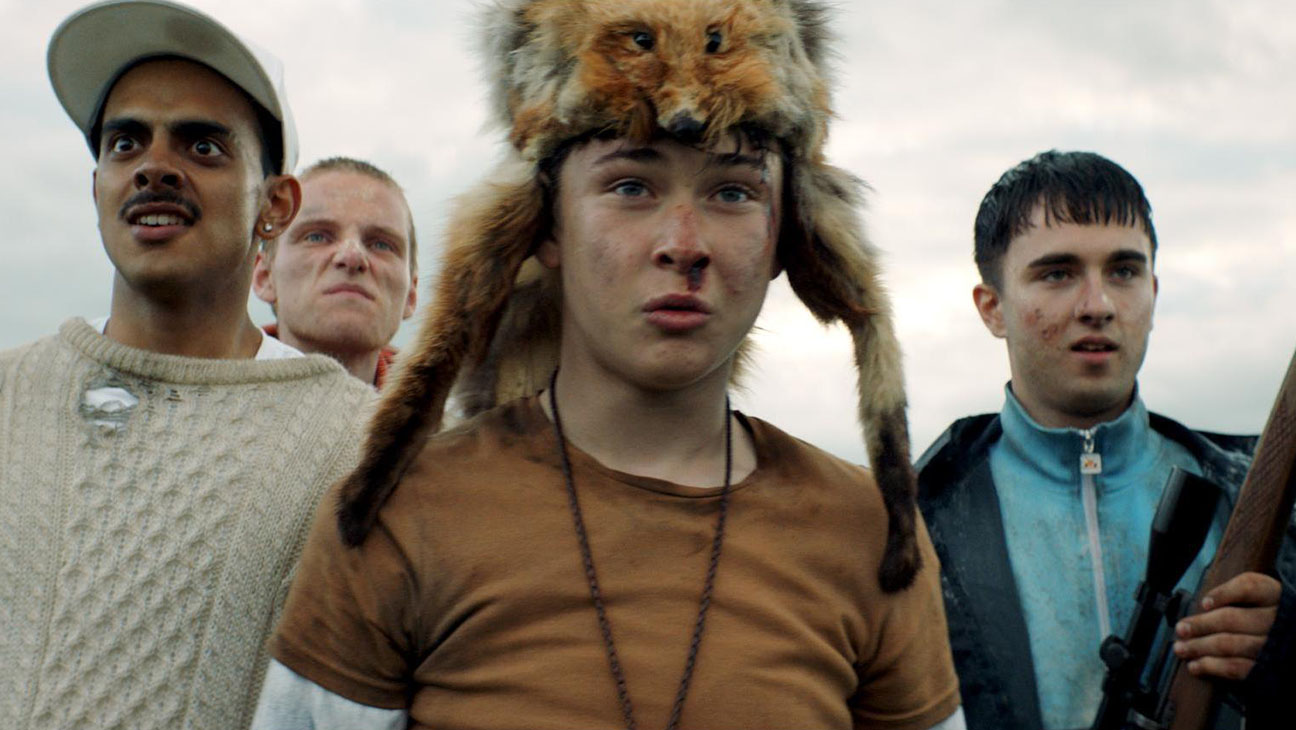 After a career collaborating on music videos for Run the Jewels, Miike Snow, Migos, Mykki Blanco, and more, Ninian Doff has made his directorial debut with Get Duked!, formerly titled Boyz in the Wood. An Audience Award winner in the Midnights section at SXSW last year, the adventure features a camping trip in the Scottish Highlands that gets wild as a group of boys who get hunted down. The new U.S. trailer has now landed ahead of a late August release on Amazon Prime, which shows the anarchic spirit and hallucinogenic fun on display.

In our forthcoming review, Jared Mobarak was a fan, saying, “Writer/director Ninian Doff knows that his film Get Duked! can’t just be about dropping three flunkies down on a perilous hilltop since they’ll end up accidentally killing themselves after five minutes. He needs someone present who at least knows the definition of responsibility let alone how to wield it. That’s where Ian (Samuel Bottomley), the over-achieving homeschooler, comes in. He wants to be here. Ian was so desperate to take this journey that he told the powers that be to pair him off with any group they had. It’s obviously not long before he realizes the error of his way (the map is soon shredded into rolling papers), but there’s little he can do about it since finishing without his team is deemed an automatic failure.”

Get Duked! arrives on Amazon Prime on August 28.