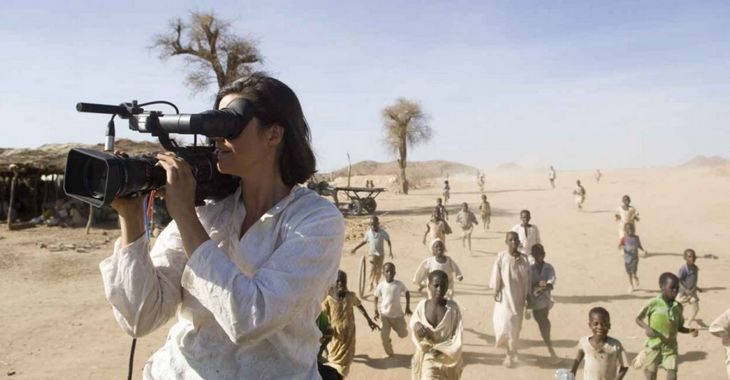 Kirsten Johnson’s Cameraperson came out of nowhere, sweeping up a variety of awards (most recently the Cinema Eye Honors) and, most important of all, places on our year–end lists. The work is so singular that it would probably be all right, ultimately, if it was the only thing we received from her — filmographies can be more interesting when given that sort of one-and-done power — but news of more is all the better once you hear what she actually has planned.

Speaking to Variety, Johnson revealed that she’s developing, along with “the pilot of a hybrid project” alongside Transparent‘s Jill Soloway, “an observational documentary” that’s aiming for the “hilarious heartbreaker” label. Following her father, himself seen in Cameraperson, it aims to capture the spirit of Jacques Tati, Buster Keaton, Groundhog Day, and, yes, Jackass in an attempt to preserve his memory via cinema.

The patchwork editorial approach of Cameraperson could suggest a bit of how the film will come together, though that’s an assumption using a very unique work as the basis — not itself so advisable. Let’s await with great anticipation, and, in the meantime, read my wide-ranging interview with Johnson and stream her film if you’ve not yet seen it.