Busan Review: Im Sang-soo’s Heaven: To the Land of Happiness is an Entertaining, If Formulaic Odd Couple Comedy 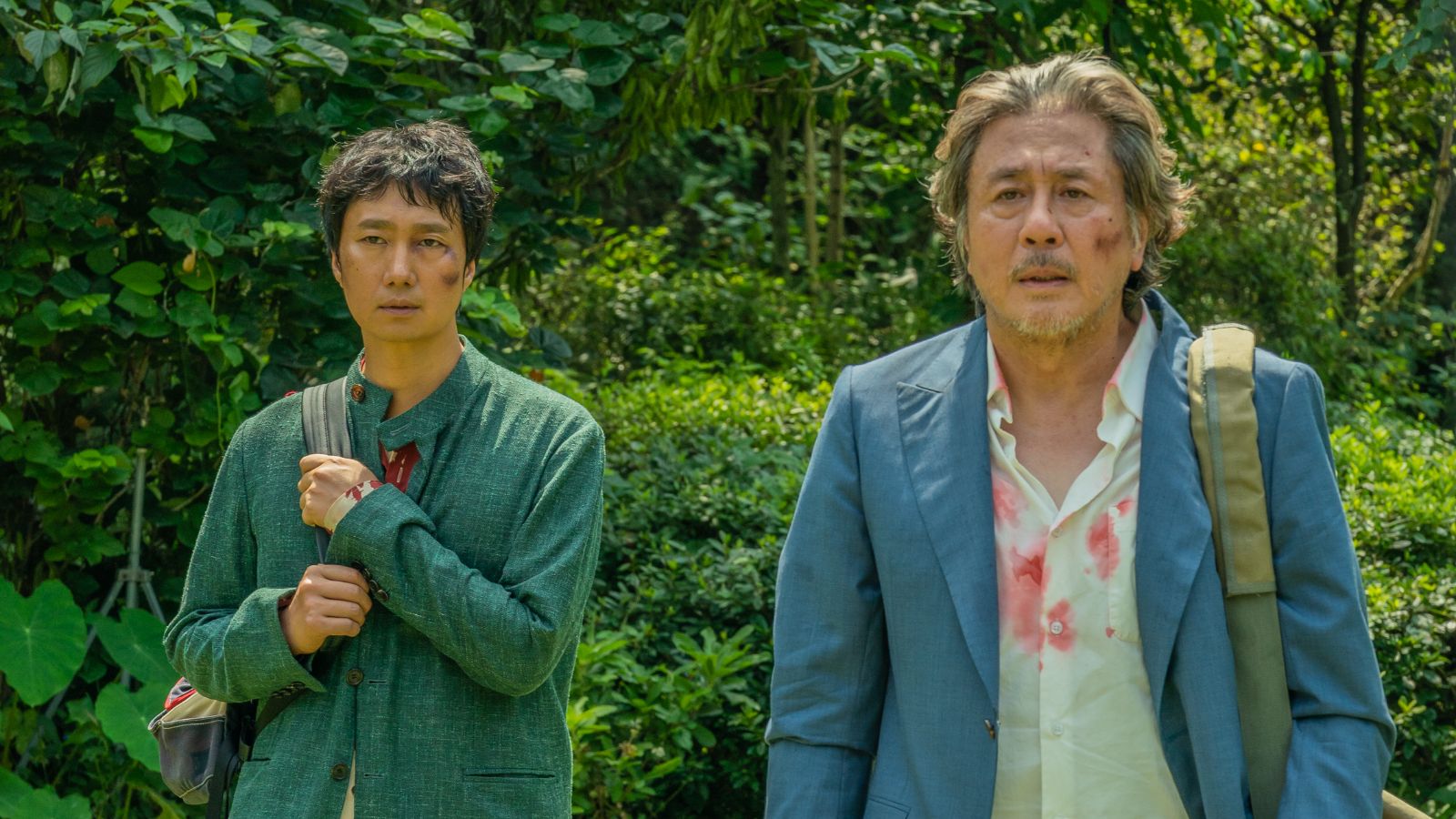 In summer 2020, faced with the unenviable choice between canceling and going virtual—which was never really an option, given its longstanding anti-streaming stance—the Cannes Film Festival made the unusual move of announcing the official selection for its 73rd edition without hosting said edition for any of the selected films. Of the 56 features that received the “Cannes label,” most bowed at subsequent festivals like Toronto or San Sebastián. Others have been released in theaters or on streamers. After The French Dispatch premiered a full year later at the seventy-fourth edition of Cannes, there was but one last question mark left on that original list—Korean director Im Sang-soo’s Heaven: To the Land of Happiness, which finally had its world premiere today as the opener of the 26th Busan International Film Festival. In the realm of action dramedies, it offers enough harmlessly heartfelt, good-natured fun, but one sees why it hasn’t been invited back to the Croisette this year, label or not.

The story revolves around two nameless characters: a convicted embezzler known as inmate 203 (Choi Min-sik) and a down-on-his-luck young man (Park Hae-il) whose name, Namsik, is revealed at the very end. Namsik suffers from a rare disease whose treatment he can’t afford, so he works temp jobs at hospitals to steal medication in the off hours. 203, meanwhile, is informed during a check-up that he has terminal brain cancer and only two more weeks to live. The paths of the two strangers who have nothing to lose cross at a hospital bathroom where they decide to take off together. And the car they happen to steal on the way out is a hearse guarded by two gangsters on an important mission. Hilarity and life lessons ensue.

I have nothing against broad comedies, and Heaven: To the Land of Happiness is one designed to appeal to the broadest base possible. It’s very clear from the get-go who we should sympathize with, what they need to overcome on their journey (for 203 to reconnect with his estranged daughter, for Namsik to find a new outlook on life), and that there will be some comical ha-ha hardships along the way courtesy the clueless criminals and law enforcement. Nothing contentious or out-of-the-ordinary happens to offend anyone’s sensitivities, the principal weapon used throughout the film is a taser. Judged on those terms, the film is quite successful—it delivers on the promise of an undemandingly enjoyable night at the cinema.

To a slightly more discerning audience, however, it would likely come across as toothlessly formulaic. The plot is very predictable, down to everybody’s favorite trope of fugitives immediately finding fitting clothes on unguarded clotheslines. The odd-couple dynamic between the two leads feels familiar, and every conflict in the film is resolved seemingly without any trouble. Obviously we all want the dying man seeking his child’s forgiveness to be forgiven by his child—film critics are not monsters!—but how the estranged father and daughter reconciled literally within seconds they meet only cheapens the pain and regret comprising the emotional core of 203. At its most manically spirited and life-affirming, Heaven: To the Land of Happiness reminded me of the French box-office smash The Untouchables, but that feel-good buddy dramedy could legitimately claim originality in its development of characters and relationships, whereas here it’s one missed opportunity after another as a fresh, interesting pairing gets bogged down by a sea of déjà vus.

Im’s direction is competent if not particularly inspired. You chuckle at all the things you’re supposed to find funny but the film doesn’t really engage beyond its physical comedy. Choi, whose face (together with that hammer) is immortalized on the poster of Oldboy, doesn’t have enough to work with to create another iconic character, but he does add some badly needed pathos into the mix. In the scene where the doctor delivers the diagnosis, the camera smartly lingers on his face, letting you see the muscles twitch ever so slightly until they settle into a sad, uncertain smile. With these few seconds of still, unbroken screen time, he makes you mentally check all the emotions that go through one’s mind when hearing their own death sentence.

Those who love knowing exactly what they’re getting into when they go to the movies will have a great time. It’s also ably shot and edited, moves at a clipped pace, and features nifty comedic performances throughout—including a delicious cameo by newly minted Oscar winner Youn Yuh-jung. It just sorely lacks that element of surprise that has made so many recent films from Korea stand out and wow the world.

Heaven: To the Land of Happiness screened at the Busan International Film Festival.