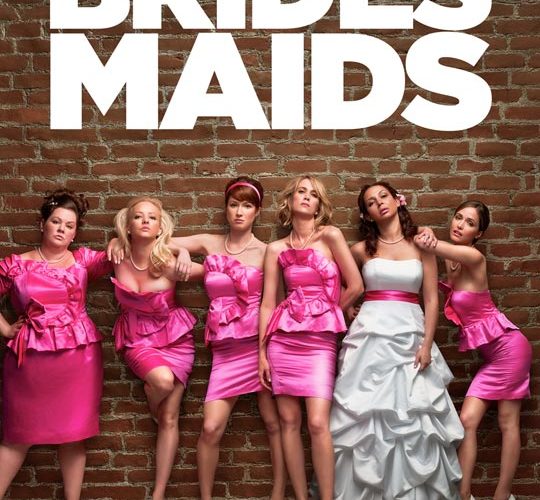 2011’s funniest comedy, Bridesmaids, is a must-see.  If you haven’t had the chance yet, I suggest you rush out to the theater immediately.  The Paul Feig directed comedy stars Kristen Wiig, Maya Rudolph, Rose Byrne, and Jon Hamm to name a few.  The Judd Apatow produced comedy has already grossed over $60 million in two weeks at the box office and only cost the studio $32 million to produce, making it one of the most successful comedies of the year to-date.  While Apatow is no stranger to success at the box office, this is the first time he’s had his hand in a mostly all female cast.  This also marks a turning point for Wiig from supporting actress to the lead position.

If you’ve already seen the movie, then you’re probably itching for more.  While a sequel is already in the works, maybe some outtakes will help keep you satisfied.  Check out the video below in today’s Daily Distraction, courtesy of FunnyorDie:

This spring, producer Judd Apatow (Knocked Up, Superbad) and director Paul Feig (creator of Freaks and Geeks) invite you to experience Bridesmaids. Kristen Wiig leads the cast as Annie, a maid of honor whose life unravels as she leads her best friend, Lillian (Maya Rudolph), and a group of colorful bridesmaids (Rose Byrne, Melissa McCarthy, Wendi McLendon-Covey and Ellie Kemper) on a wild ride down the road to matrimony. Annie’s life is a mess. But when she finds out her lifetime best friend is engaged, she simply must serve as Lillian’s maid of honor. Though lovelorn and broke, Annie bluffs her way through the expensive and bizarre rituals. With one chance to get it perfect, she’ll show Lillian and her bridesmaids just how far you’ll go for someone you love.

Bridesmaids is in theaters now.

What did you think of Bridemaids?  Which is your favorite outtake?