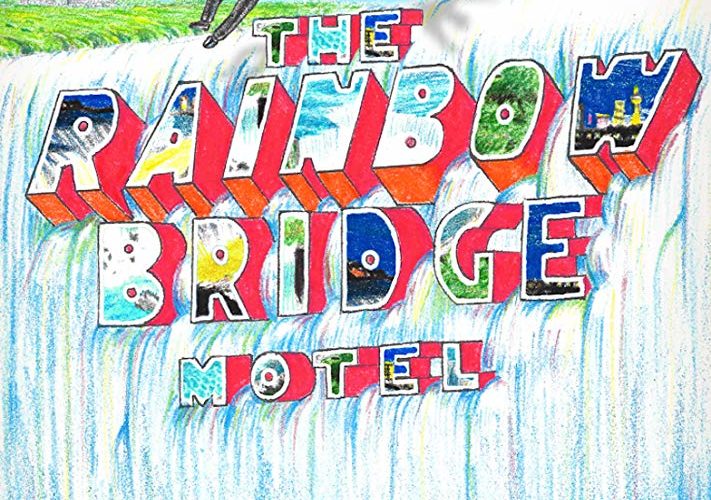 As soon as Tin’s (Zaw Win) tacky shuttle spins his passengers (Cole Burden’s Darren and Chris Modrzynski’s Dean) away from the picturesque majesty of Niagara Falls’ cataracts, I knew exactly what was happening. Anyone who’s called Buffalo’s surrounding area home will too because they’ve experienced the other place sharing that name: the City of Niagara Falls. You know it by industrial smokestacks. You know it by the smell permeating your nostrils as soon as you come close via the Niagara Scenic Parkway (formerly the Robert Moses). Tourists arrive from every corner of the world to see nature’s beauty only to learn the place where it resides on the American side doesn’t necessarily live up. Darren and Dean are about to discover this truth too … during their wedding.

There are few better to see the immense humor in this confusion than Buffalo-born Scott Rubin. The former National Lampoon editor-in-chief is writer and co-director (alongside J. Garrett Vorreuter, who also shares a story credit) of The Rainbow Bridge Motel and its comedic avalanche of missteps, zany characters, and absurd scenarios. He also plays Shibbawitz, the owner of the titular accommodations and in turn the well-meaning con man who duped Darren into booking his and Dean’s same-sex marriage weekend via an online ad under semi-false pretenses. Desperate to reinvigorate a run-down establishment long past his late grandfather’s heyday, Shibbawitz is trying to cajole new customers by becoming the sole LGBTQ-friendly “chapel” in a tourist trap of a city shortly after the Supreme Court’s decision in Obergefell v. Hodges. Darren is a pragmatist. He can force himself to see beauty in the industrial complex outside his one-star motel window. Dean is a romantic who can’t stop coughing from psychosomatic symptoms courtesy of what looks to be pollution everywhere the eye can see. Unfortunately for them, however, options for improvement are limited once a quick jaunt around town reveals their impending nuptials are competing against a Tea Party convention that has booked all the big hotels with gun-toting, Bible-thumping conservatives. Pair that with personal secrets of Darren’s cropping up at the eleventh hour and you wouldn’t blame Dean for wondering if his fiancée’s “absent-mindedness” has devolved straight into “cold feet.” And while Shibbawitz would probably murder someone to make certain this wedding occurs, he’s a bit distracted.

In order to afford his rebranding, Shibbawitz has taken on Burmese political refugees as employees (another locally accurate detail considering close to three thousand war-torn Myanmar survivors have settled in and around Buffalo within the last two years). With a visit from the woman (Diane Gaidry’s Lidia) responsible for extending the government assistance this arrangement allows looming, Shibbawitz is simultaneously juggling maintenance, staff, and customer relations. Darren and Dean’s marriage is crucial to cementing his business model as the second ceremony of its kind he’s performed, but he can’t quite devote himself to their sanity when his own is on shaky ground. So you can imagine how hectic things get once family and friends expecting gold-star treatment feast their eyes on a motel surrounded by sewage.

I won’t lie: the ensuing comedy is often broadly hyperbolic from Darren’s mother Fran (Mel Gorham) demanding a Jewish wedding (despite not really being Jewish) as a concession for accepting her son’s gayness to one of the Burmese employees thinking a customer’s transgender hormone medication is the best energy drink she’s ever tasted. You shouldn’t be surprised considering Rubin’s National Lampoon background, but his willful straddling of the line between satire and offensive should be acknowledged going in blind. To his credit, however, he’s also tackling a lot of honest and poignant issues beneath that veneer. I’m talking disapproving parents, fears of same-sex PDA, Catholic LGBTQ backlash, religious versus non-denominational ceremonies, and the sheer power of love. Rubin and Vorreuter chuck in the proverbial kitchen sink. Some works better than others, but on the whole The Rainbow Bridge Motel delivers on its premise to entertain with its jam-packed but timely conceit. Stereotypes abound whether Darren and Dean’s flamboyant best friends (including Wilson Jermaine Heredia as the always playing with fire Lonzie) or the former’s Ohio State radio hat-wearing father (John Patrick Patti). Gaidry and Marisa Caruso (as Maggie, a blast from the past) are therefore welcome additions as stable characters experiencing the chaos alongside us rather than adding fuel to the fire. It’s nice to have a calming, semi-impartial voice once in a while considering how put upon Darren, Dean, and Shibbawitz are courtesy of the loud, unforgettable circus of supporting players attacking them from all angles with an infinite supply of added stress.

It’s nevertheless on that trio of Rubin, Modrzynski, and Burden to hold everything together as life trips them up with each new wrinkle in paradise. Rubin intentionally reeks of desperation before realizing the human impact of what he’s trying to accomplish, our empathy for his plight earned because he genuinely cares regardless of the selfishness that set him on this path. Modrzynski is good as the constantly disappointed groom-to-be who believed his dreams were coming true until they shattered at his feet. And Burden ultimately shines brightest with his Darren possessing the most complexity where identity, history, and growth are concerned. The others know what they want (and strive hard to achieve it) while he struggles to accept the commitment his future demands at his past’s reasonable expense.