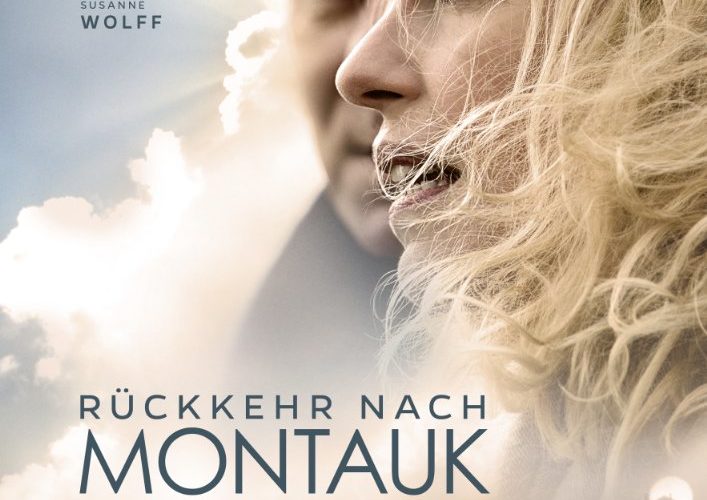 Berlin Review: ‘Return to Montauk’ is a Perceptive Reflection on the Past

“No one gets over anything,” remarks Stellan Skarsgård’s Max, rekindling with old flame Rebecca years after they last met. He was a fledgling writer, she an idealistic young student. But then they split up, he moved back to Europe and she became a hotshot lawyer in New York City. And neither ‘got over’ it. Now Max reflects in the words of his new novel: life is defined by what you did that you regret, and what you did not do that you regret; “The things that come between do not matter.” Seeing each other again, they travel to Montauk, the village at the end of Long Island, to look out to the open ocean and search for what they’ve lost. But all they can do is look back.

Volker Schlöndorff’s latest film has something of the Allen-esque themes of regret and unchangeable fate (the New York setting helps), and perhaps of the relationship dramas of Bergman too. And while Return to Montauk doesn’t reach anything like the heights of either of their best work (or indeed Schlöndorff’s own The Tin Drum), it offers a perceptive reflection on a past that can’t be changed and therefore can’t be overcome. Perhaps it’s a typically Germanic theme for Schlöndorff – they even have a word for it: Vergangenheitsbewältigung.

Adapted loosely from Max Frisch’s autobiographical novella Montauk, Skarsgård plays Max Zorn, a Scandinavian writer on a book tour for his latest novel, “The Hunter and the Hunted.” It’s a story about his own past, although there’s only one other person who’d recognize that. She’s Rebecca, played by the marvelous Nina Hoss (best known internationally for her breakout role in Phoenix), a former lover of Max when they lived together in New York City in the early 1990s. But Max left Rebecca behind in New York and now lives in Berlin, regretting her perhaps as the one woman in his life that got away. Now Max has a wife Clara (Susanne Wolf), a sparky individualistic woman in her own right, but who by no coincidence was set up with a job in New York City by Max himself.

A film about a middle-aged man having an affair might be a tiring subject — especially as Hoss and Wolf are more than twenty years younger than Skarsgård — but with co-writer Colm Toibin on board there is more to this story than a mid-life male crisis. Toibin wrote the novel of Brooklyn, and like that Oscar-nominated drama, there’s a place here for strong female characters. Indeed, the weakest character is Max himself: in discussing his political beliefs with an American radio host, he says he’s “not a tree” rooted to one ideological position, but in fact it makes him feel like a lost, vulnerable character and his lack of direction means he seems weak-willed. By contrast Hoss’ Rebecca is a strong female role model, a woman at the top of her industry, and whose agency means she has the final word on her and Max’s relationship. Max’s wife, too, is an independent woman, and refuses to return to Berlin with Max, instead firing off that Max hasn’t concerned himself about her work or living situation while living in New York. Isi Laborde is also fine support as Max’s streetwise press agent, who has a touch of Kristen Stewart’s character from Clouds of the Sils Maria.

Schlöndorff’s film is at its best when its characters are achingly upfront and the film rigidly focused. Rebecca is consumed not just with regrets but with grief, and the concoction makes for a brilliant performance that reveals itself slowly. It’s a pity other characters are undersold. How wife Clara is drawn to Max is left unexplained, especially when she infers his infidelity, and there’s a slightly off-putting cameo by Niels Arestrup as art collector Walter. But when Skarsgard and Hoss act against each other, this is a vibrant, insightful drama.