Berlin Review: Gunda is a Spell-Binding Take on Animal Sentience 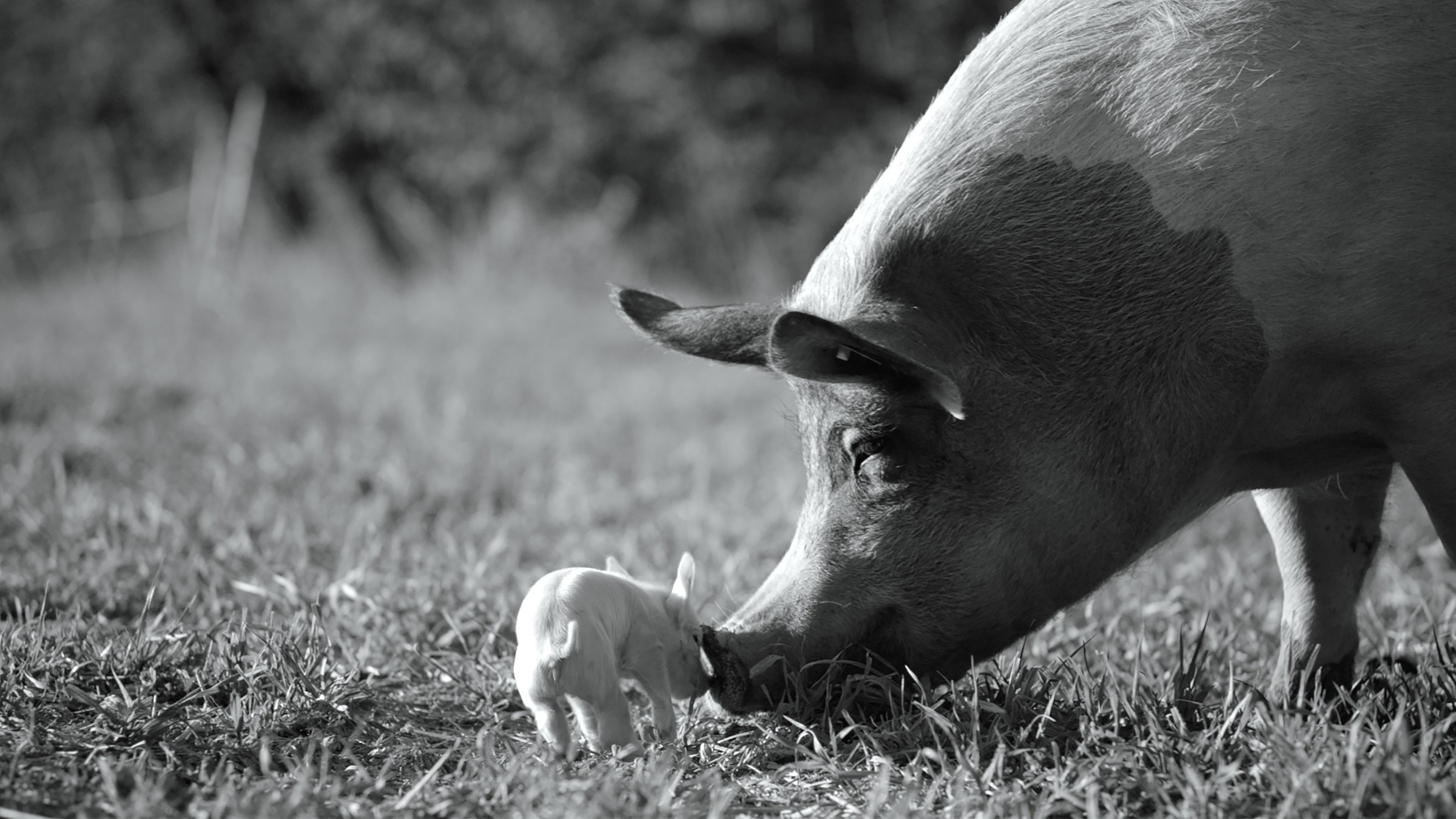 In 2018, Victor Kossakovsky set out to shoot Aquarela, a survey-symphony that took the Russian documentarian around the world to capture glaciers, waterfalls, frozen lakes, oceans, and storms. Water, art-speak waffle as it may sound, served as Aquarela’s only protagonist: in that hyper-high-definition blue canvas, human faces seldom popped up, and voices were seldom heard, as Kossakovsky’s focus centered squarely on his liquid star alone.

A mystifying follow-up working again to question and depart from an anthropocentric perspective, here comes Gunda, a black-and-white, dialogue-free documentary chronicling a few months in the lives of the animals stranded in a Norwegian farm. Writer-director Kossakovsky and co-scribe Ainara Vera patch together a collage of farm life that hops from one animal to the other: there’s the eponymous Gunda, a sow raising a dozen piglets to which the film dedicates the largest screen time; a few caged chickens gingerly tiptoeing on grass for the first time; and a herd of cows sprinting outside their barn toward the open fields. But the film seems to exist as an ode to something that transcends each creature–in the words of Gunda’s executive producer Joaquin Phoenix, it’s “a mesmerizing perspective on sentience within animal species, normally–and perhaps purposely–hidden from our view.”

Unanchored to any semblance of plot, and unspooling largely through long takes, much of what composes the film might be described as observational filmmaking, were it not for the fact that the adjective hardly captures the immersive quality of Kossakovsky’s venture. To be watching Gunda isn’t just to witness glimpses of farm life kept at an arm’s length, but to experience something that’s entirely sui generis, an encounter with fellow earthlings that narrows the animal-human gap to an entrancing–and ultimately unsettling–extent.

To be sure, Gunda’s shooting posed none of the life-or-death concerns Aquarela raised all through production. Filming in the midst of storms and melting glaciers, Kossakovsky has been fairly candid about the sheer dangers the crew went through during their aquatic globetrotting (here’s one for good measure: as the crew was busy shooting on a frozen Lake Baikal, a car nearby sank under the pristine ice–one passenger did not reach the surface, and drowned). Aquarela shimmered with the glow of an unseen world, but its spellbinding beauty had a twofold quality: it felt menacing and vulnerable at once. The storm scenes were as terrifying as the melting glaciers were tragic, hinting at an agonizing world of which the documentary offered a final snapshot, a swan’s song.

In its own peculiar way, Gunda elicits something just as perturbing. This is, far and above, a stunning piece of filmmaking, bestowed by directors of photography Egil Håskjold Larsen and Victor Kossakovsky’s crisp black-and-white palette with an elemental grace, and stupefying for the myriad hues it wrings out of fields, feathers, mud pools, and animal bodies. Working with Arri mini-cameras placed all around the round barn he built for Gunda and her piglets, Kossakovsky conjures a 360-degree view of the sow’s hay-filled cradle, while foley artists recreate the sounds caught on location with a clarity that makes each rustle burst out of the screen. Elsewhere, the camera follows the chickens making their first steps on grass at their own eye’s level, echoing a strategy that proved effective in another recent and haunting animal-focused documentary, Elsa Kremer and Levin Peter’s canine homage Space Dogs (2019), while an aerial shot of cows racing towards open pastures might be the film’s most lyrical. It’s a multi-sensorial homage to a world that’s seldom been captured with so much attention to all its hidden beauty.

Still, this is a far cry from a bucolic and idyllic depiction of farm life. A dark, unsettling premonition hangs over each and every frame. Humans may not be part of Gunda’s universe, but their influence upon it is felt throughout. After all, free as its protagonists may seem (Gunda beckoning her babies into the fields, the skeletal chickens evading from their cells, the cows fleeing the barn), their freedom is short-lived, its limits laid out by fences and the place each animal occupies along the food chain. But while Gunda does succeed in stirring empathy for its characters, billing it a vegan manifesto is the sort of PR buff that would serve well the film’s distribution, not the critical conversation around it. This is not, in any simplistic sense, a film that bellows at the meat industry, or one that reads as an explicit critique of the violence waged against farm animals. Yes, many of its images offer glimpses of obscene suffering (the chickens, hobbling carcasses more than actual living beings, are particularly haunting). But no scene strikes as overtly polemical, nor does the film ever feel manipulative. The identification with and proximity to Gunda’s characters is earned, and the absence of soundtrack also helps eschew facile sentimentalisms. That sense of soul-crushing despair for the sow’s plight in the final shot is not an end goal, but the natural culmination of Kossakovsky’s entrancing journey.