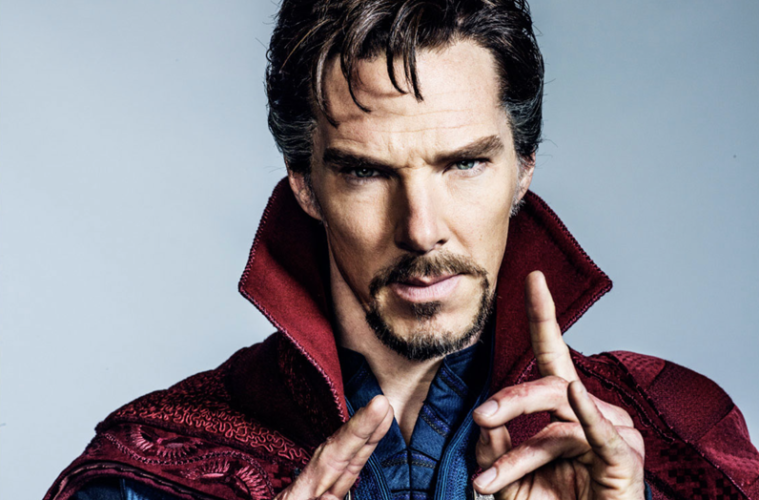 Following last summer’s Ant-Man, the latest Marvel feature to let a new character lead the action comes is Doctor Strange. With the promising talents of Scott Derrickson (Sinister) behind the camera and perhaps the best cast the studio has assembled (Benedict Cumberbatch, Rachel McAdams, Chiwetel Ejiofor, Mads Mikkelsen, Michael Stuhlbarg, and Tilda Swinton), the film’s first trailer has now arrived. First, though, if you’re like yours truly and know nothing about the character aside from Cumberbatch wearing a fanciful get-up, we’ll let producer Kevin Feige explain.

“He can do a whole host of things, eventually,” Feige explains to EW. “He does cast spells, which in the comics have very sort of tongue-twisty fun names. We don’t want to shy away from that, because that’s what makes Doctor Strange Doctor Strange. He has a Cloak of Levitation that allows him to fly, but he doesn’t fly like Superman or like Thor. It’s almost got a consciousness of its own, this cloak, which, again, gives us a superhero with a red cape — which we’ve seen a few times — but allows us to do it in a wholly unique and wholly original way. He can create these mandalas of light that he can use as shields and he can use as sort of weapons. He can create portalas that will open before your eyes that he can step through and go to other places around the world. And frankly, even in this film, we’ll only touch upon what a lot of his powers are.”

Check out the trailer and posters below: