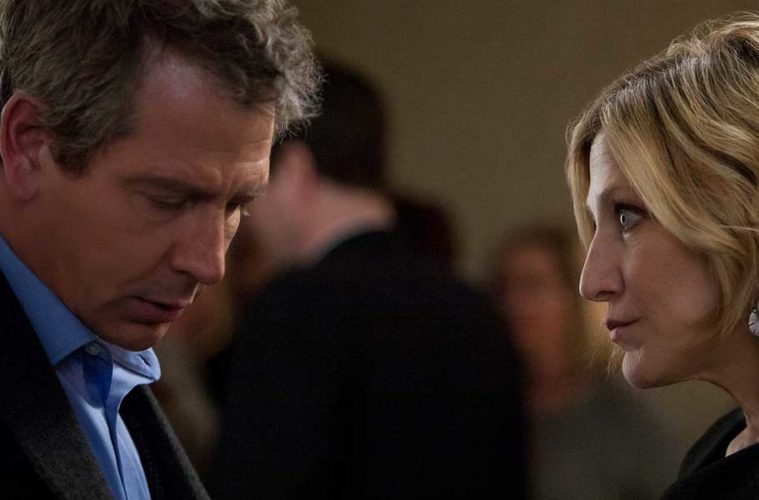 A new film from Nicole Holofcener is always a cause for celebration, and following 2013’s Enough Said, she’s finally back her latest film. Set to premiere at Toronto International Film Festival before arriving on Netflix, The Land of Steady Habits follows Anders Hill (the always-great Ben Mendelsohn) as a retired man who decides to quit his life of “steady habits” in Connecticut, leaving his wife Helene (Edie Falco) in the process.

Ahead of the premiere, the first trailer has now arrived. “What drew me in was how hard it is to parent, especially if you’re really damaged yourself,” Holofcener tells Vanity Fair, who premiered the trailer. “The sad nature of parents and their children not connecting and making irrevocable mistakes, which of course is every parent’s fear.”

Feeling trapped in the stifling, wealthy enclave of Westport, Connecticut, Anders Hill (Ben Mendelsohn) retires from his job in finance and leaves his wife (Edie Falco) in the hopes that it will renew his lust for life. However, he’s quickly faced with the startling reality of his choices; he spends his days looking for things to decorate his empty shelves, sleeping with strangers and feeling terribly lost.

The Land of Steady Habits premieres at TIFF and hits Netflix on September 14.