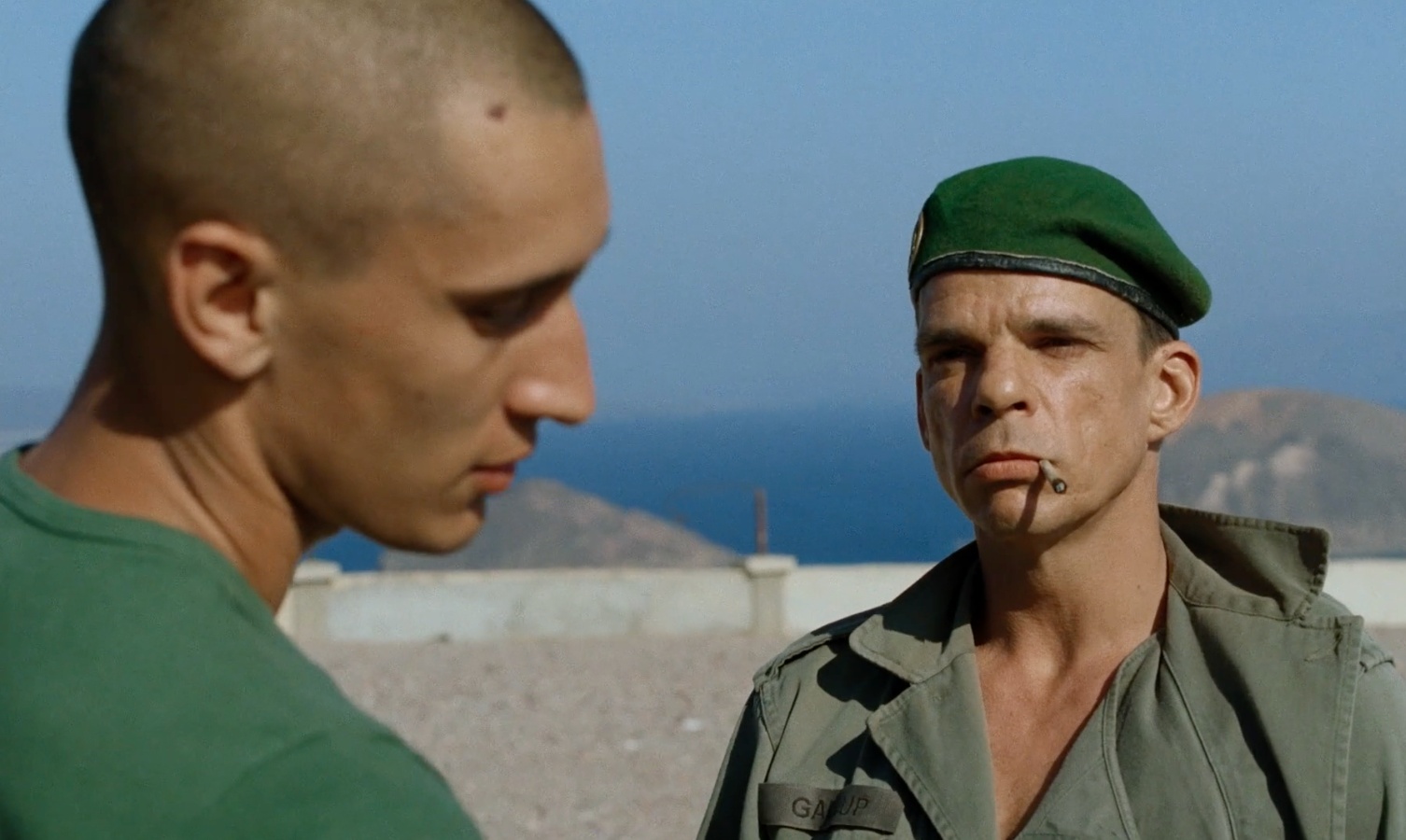 There was recently a Twitter thread going around asking which director has never made a bad film. Among my picks was Claire Denis, and one of the highlights in a career full of them is certainly the French director’s 1999 masterpiece Beau Travail, a Djibouti-set exploration of masculinity, sexuality, isolation, and power structures. Recently undergoing a new 4K digital restoration––supervised by director of photography Agnès Godard and approved by director Claire Denis, courtesy of Janus Films––the film will now arrive in Virtual Cinemas before a Criterion release next month.

Set to debut at Film at Lincoln Center in New York, Laemmle Theatres in Los Angeles, Coolidge Corner in Boston, the Music Box Theatre in Chicago, the Salt Lake Film Society in Salt Lake City, and the Belcourt Theatre in Nashville, with additional theaters and dates to come, a new trailer and poster have now arrived to get a preview of the stunning restoration.

With her ravishingly sensual take on Herman Melville’s Billy Budd, Sailor, Claire Denis firmly established herself as one of the great visual tone poets of our time. Amid the azure waters and sunbaked desert landscapes of Djibouti, a French Foreign Legion sergeant (Denis Lavant) sows the seeds of his own ruin as his obsession with a striking young recruit (Grégoire Colin) plays out to the thunderous, operatic strains of Benjamin Britten. Denis and cinematographer Agnès Godard fold military and masculine codes of honor, colonialism’s legacy, destructive jealousy, and repressed desire into shimmering, hypnotic images that ultimately explode in one of the most startling and unforgettable endings in all of modern cinema.

Beau Travail opens on September 4 in Virtual Cinemas then arrives on The Criterion Collection on September 15.