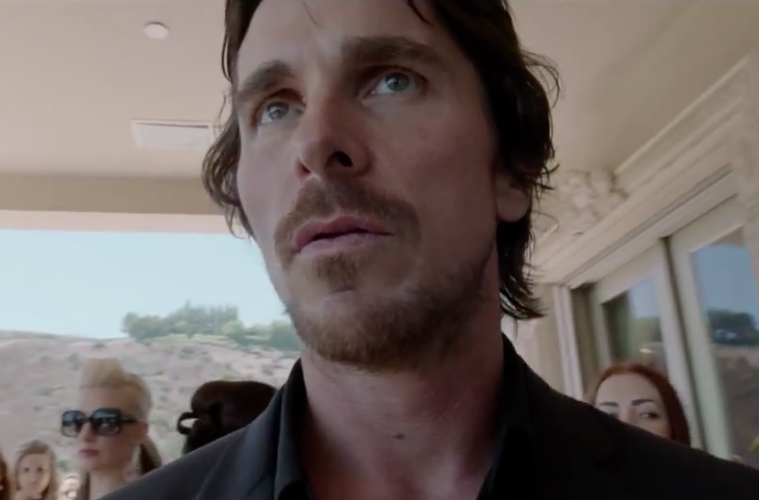 Following its just-announced placement in this year’s Berlinale, Terrence Malick‘s Knight of Cups has been unveiled in a first, extensive trailer. To say this is not what I expected would be something of an understatement. While To the Wonder gave plenty an opportunity to perpetuate the absurd, surface-level reading that one of our greatest living filmmakers is simply cooking up “more of the same” nowadays, I can’t imagine his next contemporary piece is something anybody expected: GoPro shots, wild party scenes, a bass-heavy soundtrack, and, most importantly, a globalization aspect that immediately brings to mind the likes of Assayas and Mann.

The bits revealed during its second half echo his previous film to a very strong degree — to notice a matching between shots will be easy for those who remember Wonder well enough — but in a different register, indelibly colored by the quality of what has come before. And what a cast: according to an official release, Christian Bale, Cate Blanchett, Natalie Portman, Brian Dennehy, Antonio Banderas, Freida Pinto, Wes Bentley, Isabel Lucas, Teresa Palmer, Imogen Poots, Armin Mueller-Stahl, and Ben Kingsley (the lattermost providing voice work) can consider themselves lucky enough to have made the cut of Malick’s next — and what is now our most-anticipated film of 2015.

Watch it below (via Film Nation):

Update: See the U.S. trailer below, although it’s identical to the one above.

Once there was a young prince whose father, the king of the East, sent him down into Egypt to find a pearl. But when the prince arrived, the people poured him a cup. Drinking it, he forgot he was the son of a king, forgot about the pearl and fell into a deep sleep.

Rick’s (Christian Bale) father used to read this story to him as a boy.

The road to the East stretches out before him. Will he set forth?

Knight of Cups will premiere at Berlinale in February, while a U.S. release will occur on March 4th, 2016.

Any thoughts on this first trailer? What do you think of Malick’s recent dives into the contemporary world?