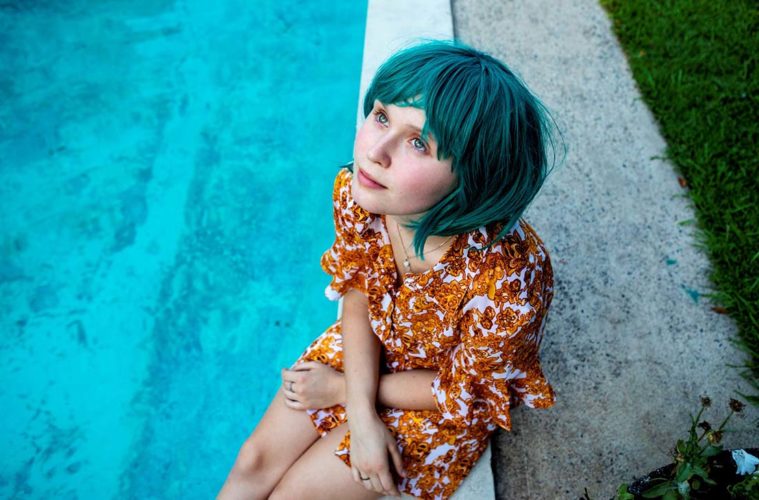 The last film I saw in theaters before New York City quickly shut down was a New Directors/New Films press screening of Babyteeth, a vibrant, impressive directorial debut for Shannon Murphy. Led by Little Women star Eliza Scanlen, and also starring Toby Wallace, Essie Davis, and Ben Mendelsohn, it’s a raw and emotional look at growing up with an illness that avoids the usual tropes. Picked up by IFC Films follows its Venice Film Festival debut, it’ll now arrive this June and a new trailer has landed.

Rory O’Connor said in our review, “Babyteeth is her first feature and, by the looks of things, the director has been stockpiling plenty of little filmmaking ideas over the years. Babyteeth is one of those debuts with no shortage of lovingly thought-out little ideas–as if all those dogeared Moleskins one scribbles away in suddenly broke open to spill their secrets. Some are frankly more familiar than others: sweetly ironic chapter titles spelled out on-screen in Futura font and pastel colors; a lovingly curated playlist of offbeat music cues; searching, handheld, wide-angle cinematography, like in a Terrence Malick movie; and so on. If one is familiar with such things, one will be familiar with these.”

See the trailer and poster below and read our interview with Mendelsohn on making the film here.

When seriously ill teenager Milla falls madly in love with smalltime drug dealer Moses, it’s her parents’ worst nightmare. But as Milla’s first brush with love brings her a new lust for life, things get messy and traditional morals go out the window. Milla soon shows everyone in her orbit – her parents, Moses, a sensitive music teacher, a budding child violinist, and a disarmingly honest, pregnant neighbour – how to live like you have nothing to lose. What might have been a disaster for the Finlay family instead leads to letting go and finding grace in the glorious chaos of life. Babyteeth joyously explores how good it is not to be dead yet and how far we will go for love.

Babyteeth opens in theaters and VOD on June 19.