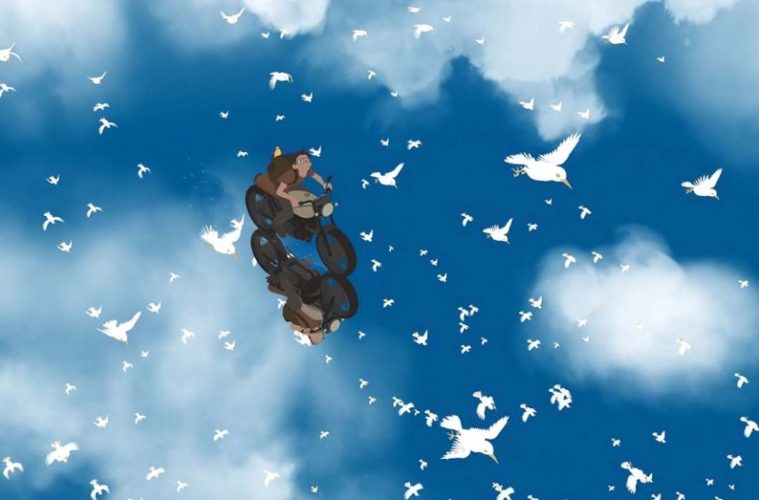 After earning acclaim for his short films, Latvian director Gints Zilbalodis embarked on his first feature animation with a crew of precisely one. The dialogue-free Away has now been touring film festivals to great acclaim and will finally get a release later this month via Subliminal Films. Ahead of the release, the first trailer has now landed which shows off the adventure story of a boy and his journeys across an exotic island as he’s trailed by a mysterious dark spirit.

Jared Mobarak said in our Fantasia review, “A one-man show on-screen and behind it, Gints Zilbalodis’ Away is an obvious labor of love. Opening like a videogame wherein our lead is found dangling by parachute from a tree, we haven’t a clue about his surroundings and neither does he. Before he can release himself and begin a search for answers, however, there arrives a lumbering behemoth on the horizon with dead eyes laser-focused upon him. Maybe it’s a friend or maybe it’s his end—the curiosity and hope for the better allowing the boy to remain still despite a palpable fear of the unknown. Only when it closes its hands around him does the void of its clench reveal dread was the correct response. Acting fast, he smartly releases the chute and runs.” Away opens in theaters and on VOD on November 29.