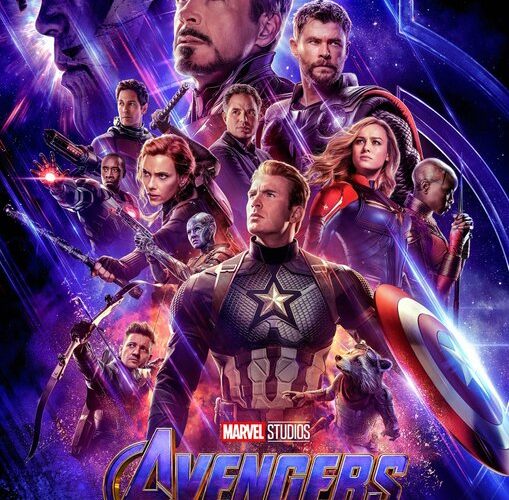 Note: This review contains discussion of the plot.

The best thing Marvel ever did was split their Avengers 1.0 saga’s final chapter in two since it allowed Infinity War to deliver what no other entry could: stakes. Despite knowing they were always false due to the giant gauntlet in the room that literally bends time and space to its whims, they hurt nonetheless simply because we were forced to sit with those results for a full year before discovering how things might be put right. Had Anthony and Joe Russo conversely fixed everything ten minutes after seeing Thanos snap half of all life in the universe dead, that potent drama and pain would have been rendered hollow and thus the harrowing journey taken moot. We therefore needed devastated heroes and a monster relieved to truly care.

Think of it in terms of concerts and the notion that fans love going to a tour’s last show because in their mind it’s when everything is left on the stage. Reality, however, exposes that the penultimate date is actually best because that last show can’t stop the comfort of completion from creeping in. So here’s Marvel throwing the kitchen sink at us creatively and emotionally with a film that all but centers its main villain as the anti-hero of his story rather than the antagonist of ours to remind us that good guys don’t always win. We marked our calendars for Avengers: Endgame before sitting down for its predecessor, so driven by the allure of the end that we were willingly blindsided by its set-up’s unyielding severity. So when the dust finally settles, the aftermath isn’t quite as good. Many of us think it is because the band plays all their hits for us to sing along to, but that sharpened knife blade of precision that made us gasp in shock had dulled. Thanos (Josh Brolin) may like to state that he and his warped plan of making the future sustainable for those he so graciously spares is inevitable, but the only real inevitability is that the path to salvation can never prove as impactful as the one to hell. In the grand scheme of things, screenwriters Christopher Markus and Stephen McFeely’s job was to salvage the wreckage they so perfectly wrought. Not everyone is feasibly able to come back, but a vast majority will.

What then is there to do besides lean in and give fans what they crave? If the culmination is fated to be lackluster for no other reason than existing to clean up its predecessor’s mess, let it become as much a memorial for the previous twenty-one films as it is a new beginning for what’s to come. While this guarantees the whole will be bloated by a surplus of fan service, it now being the main goal means it cannot feel false. Because no matter how disappointed I am that everyone moves towards a finish line devoid of lasting conflict and thus surprises, the journey forward is filled with a welcome sense of nostalgia instead. With everyone’s favorite science-fiction device (time travel), the Avengers can satisfy their audience two-fold. Thanos is nothing if not an intelligent chess player. He knows the power those stones wield and the unavoidable possibility that they can easily undo his life’s work. Destroying them therefore means the only way for our heroes to possess them for said undoing is by going back in time to when they were still whole. You can guess how that would work without the time stone (quantum mechanics shares a word with quantum realm after all) and infer upon the number of characters you could put on-screen to theater-wide cheers as a result. The caveat of such a bold maneuver is acknowledging that the chance of seeing a former version of yourself or a colleague is equal to that of running into a younger Thanos too. The ensuing revolving door of cameos supplies much enjoyment, but not enough to forget how powerful the first thirty or so minutes are amongst broken men and women. Everyone blames him/herself, struggling to move on. That could mean Stark lashing out at Rogers for his own role in pushing him away or Clint turning ruthless ronin with a pile of bodies in his wake after the snap gutted him. Thor’s guilt is used as a punch line for better or worse (its bottom-barrel gag wears out its one-note welcome fast), but I guess that’s what his character has been turned into post-Ragnarok. If not for Lang’s optimism courtesy of not being around to witness what happened first-hand, who knows if their heartbreak would ever have ended?

In lieu of fights (save one rousing exchange between doppelgängers), the conflicts the Avengers diffuse are mostly dialogue-based. They must talk themselves out of corners and talk others into helping them when they would rather not (even if they understand the peril awaiting humanity from their refusal). I personally liked this change of pace because it ensures the drama peeking out from behind the franchise’s penchant for humor has to land without flashy theatrics. It helps too that punching faces won’t adequately carry the emotional weight that will become crucial to some characters’ sacrificial trajectories. A few exchanges lay it on thick, but as I said above: go big or go home. If you’re going to put these heroes on manipulative paths anyway, you best make us cry. And while reductive, how the filmmakers do exactly that at the start had me thinking, “We’ve finally received a ‘real’ movie in the MCU.” This insane stable of A-list actors finally got to show their chops. Downey Jr. gives some of his best work during act one with Johansson, Renner, and Evans coming a close second to matching his pain as they try to lick their wounds. That things quickly devolve into a multi-pronged heist throughout the franchise’s past before culminating in an epic battle inherently muddied by thousands of computer-generated warriors alongside familiar faces who receive one line each shouldn’t shock anyone. Thankfully the resulting chaos is still punctuated by the suspense, melodrama, and heroism necessary to provide gratifying closure to one of cinema’s greatest serial storytelling feats.