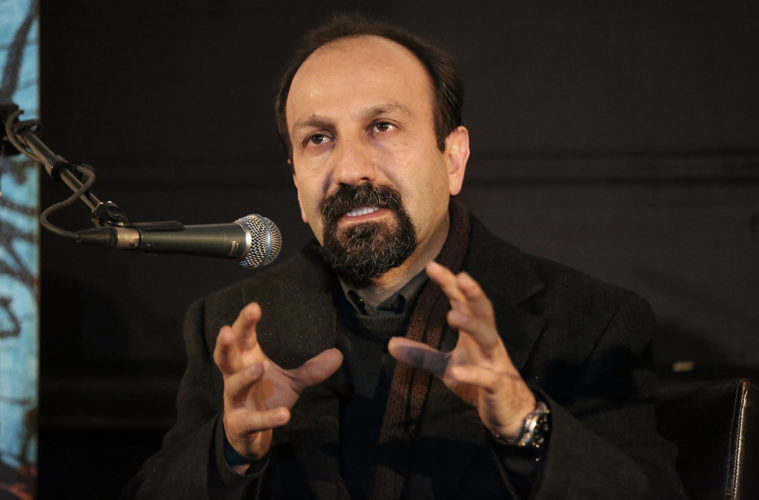 Update: Fotogramas (via Hello Cinema) have confirmed that Penélope Cruz will lead Farhadi‘s Almodóvar-produced feature. Says the actress, “Asghar told me the story a year ago and I said yes without reading the script, because I think he’s a wonderful director and he wants to shoot in Spain.” Some more information on the film can be found below in the original story.

What follows would normally be the best news in a regular daily cycle, but when this morning brought news that Claire Denis is set to helm a space-set sci-fi adventure scored by Stuart Staples, this second-place position is nothing to scoff at. Anyway: the Iranian-film podcast Hello Cinema‘s Twitter account has brought to our attention that Asghar Farhadi has been developing a pair of projects, the first set in Iran and the second, to-be-shot-after endeavor taking place in Spain.

Almost nothing is known on the subject of the former, though there’s a possibility it’ll concern former Prime Minister Mohammad Mosaddegh — as was first told to Tina Hassannia in her essential book Asghar Farhadi: Life and Cinema. More curious, then, is the latter, which will be produced by Pedro Almodóvar and Memento Films and likely begin shooting in October of 2016. Further to the point of this being an advancement on the international scene, the picture is to contain a cast of American and Spanish performers and, in a first for him, American- and Spanish-language dialogue. Following 2013’s France-set The Past — and given his stated intention to at some point produce a feature about the American prison system, per the aforementioned book — this next step isn’t necessarily a surprise, but enticing and intriguing all the same. (So much so that we might easily forget, no matter it being noted right above, that his new film will commence “in the near future.”) Needless to say, we’ll keep an eye out as more develops. [Iran Daily]

On the larger-scale side of things, Deadline tell us J.C. Chandor is looking to follow-up A Most Violent Year with Triple Frontier, which you may recall Kathryn Bigelow and Mark Boal having once been attached to — six years ago. After a November 2010 confirmation of Tom Hanks‘ starring role (the same story contains early development news about Cloud Atlas), things more or less went quiet. But, now, Chandor has begun talks about taking over the film centered on “the organized crime haven that exists in the border zone between Paraguay, Argentina and Brazil.” With little else announced on his side of things, it’s not unlikely that Paramount and Atlas Entertainment will have this up and running soon, all while Hanks and Will Smith reportedly eye a leading role.

Finally, THR has word that Gavin O’Connor and Ben Affleck are reuniting (following their upcoming thriller The Accountant) with an as-yet-untitled, WB-backed picture following the FIFA scandal. Based on Ken Bensinger‘s Houses of Deceit, it’ll focus on an international disaster via Chuck Blazer, the evil-sounding American executive who had a real rags-to-riches story: from “unemployed soccer dad to a FIFA executive committee member and executive VP of the U.S. Soccer Federation as well as general manger of CONCACAF, the soccer governing body for North and Central America,” a man who became so rich that he reportedly rented a Trump Towers apartment for his cats. But that, of course, is only one side to the story. After being nailed on a series of corruption charges, he turned witness and assisted in the massive FIFA takedown that’s still in the headlines.

Affleck hasn’t been pegged to star, and is instead currently listed as a producer (alongside Matt Damon) for Pearl Street Films.