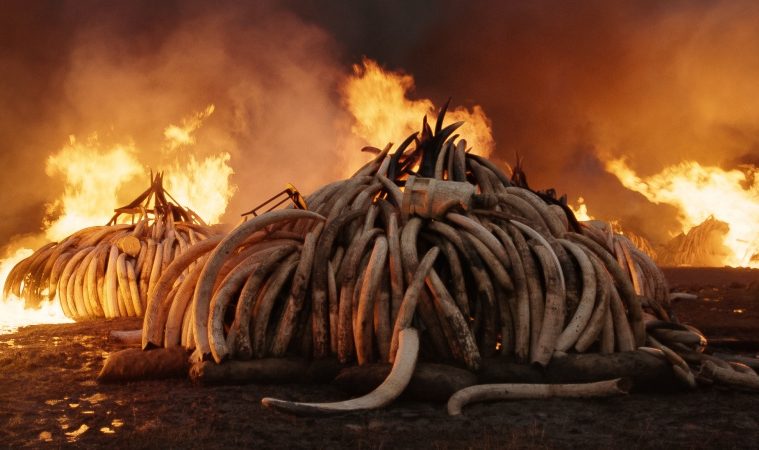 An official selection at TIFF, Sundance, Berlin, and more, Kino Lorber has unveiled the first trailer for the visually awe-inspiring documentary, Anthropocene: The Human Epoch, to be released this September. Directed and written by Jennifer Baichal (Watermarks, Manufactured Landscapes), co-directed by Edward Burtynsky and Nicholas de Pencier, and narrated by Academy Award winner Alicia Vikander, the film traverses multiple continents to wholly convey humanity’s impact on the planet.

In this discerning interview provided at The Chicago Media Project and Doc 10, director Baichal conveys her views on the metaphysical relationship between humans and the earth as a part of her activism with the film: “Yes. I’m preoccupied by these things all the time. Do I consider myself an environmentalist? Yes. But it’s like a baton. For Anthropocene, we were trying to express the research of these scientists, who work in graphs and percentages, and you can’t feel it. But art has the capacity to move us emotionally and intellectually and viscerally. For me, exploring these vital questions in the arena of art is a very rich place to explore then. The scientists passed us the baton and we tried to find a different way to be more accessible… So I’m not doing it with a protest sign, but I’m trying to make this work and disseminate it as much as possible.”

See the new trailer, synopsis, and poster below.

A stunning sensory experience and cinematic meditation on humanity’s massive reengineering of the planet, Anthropocene: The Human Epoch is a years-in-the-making feature documentary from the award-winning team behind Manufactured Landscapes (2006) and Watermark (2013) and narrated by Alicia Vikander. The film follows the research of an international body of scientists, the Anthropocene Working Group who, after nearly 10 years of research, argue that the Holocene Epoch gave way to the Anthropocene Epoch in the mid-twentieth century as a result of profound and lasting human changes to the Earth.