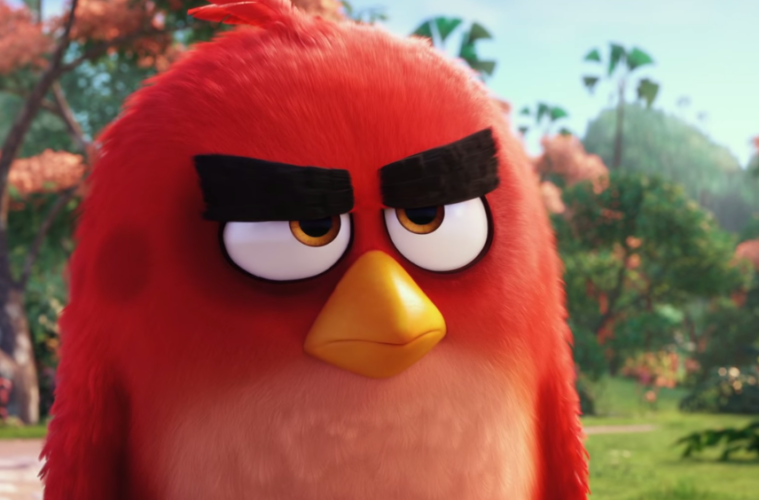 If you thought Hollywood couldn’t possibly turn a small-scale mobile game into a feature film, then you’ve underestimated their powers for cash-grabbing. The Angry Birds Movie will arrive next year, courtesy of directors Clay Kaytis and Fergal Reilly, and today brings the first trailer.

We also have a new trailer for an update on Charles Schulz‘s classic comic Peanuts. Directed by Steve Martino (Ice Age: Continental Drift), and produced by Paul Feig (Bridesmaids), the story will follow Snoopy as he imagines what’s going on in his owner’s life, including boarding his doghouse-turned-Sopwith Camel plane and heading to Paris during World War I to engage in a dogfight with sworn enemy the Red Baron. Check out both trailers below.

The movie takes us to an island populated entirely by happy, flightless birds – or almost entirely. In this paradise, Red (Jason Sudeikis – We’re the Millers, Horrible Bosses), a bird with a temper problem, speedy Chuck (Josh Gad in his first animated role since Frozen), and the volatile Bomb (Danny McBride – This is the End, Eastbound and Down) have always been outsiders. But when the island is visited by mysterious green piggies, it’s up to these unlikely outcasts to figure out what the pigs are up to.

Charlie Brown, Snoopy, Lucy, Linus and the rest of the beloved “Peanuts” gang make their big-screen debut, like they’ve never been seen before, in state of the art 3D animation. Snoopy, the world’s most lovable beagle – and flying ace – embarks upon his greatest mission as he takes to the skies to pursue his arch-nemesis The Red Baron, while his best pal, Charlie Brown, begins his own epic quest. From the imagination of Charles M. Schulz and the creators of the ICE AGE films, THE PEANUTS MOVIE will prove that every underdog has his day.