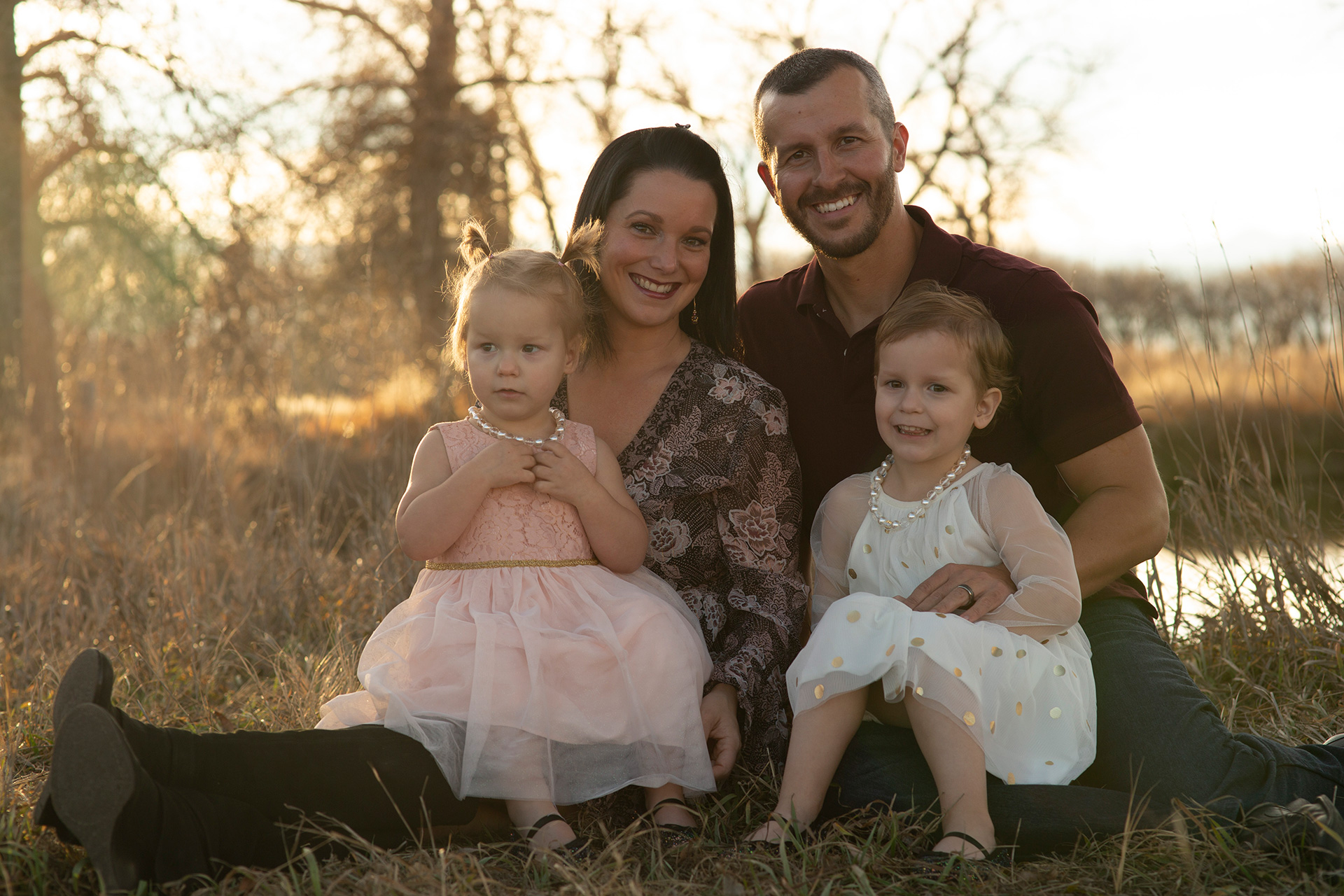 Director Jenny Popplewell went through the late Shanann Watts’ cellphone and personal computer with her family’s blessing to piece together her final days in as close to her own words as possible. It’s an admirable exercise considering the only other way to even guess at her state of mind and actions came from what others were saying. And since her husband Chris gradually alters that story once more evidence is uncovered (as revealed through police recordings) to refute previous iterations, we find ourselves in desperate need of her voice. We need to know Shanann adored her girls CeCe and Bella. We need to know she loved Chris and wanted their marriage to mend. We need to know that hearsay can no longer refute the truth behind her murder.

That’s the main reason American Murder: The Family Next Door exists. Watts’ homicide became a national headline as the questions surrounding her disappearance soon revealed a darkness no one wants to believe is possible, so it’s not here to tell us what happened. We know what happened. What it does instead is show how easily a victim can be slandered and blamed by the court of public opinion when they aren’t here to defend themselves (and, for women, even when they are). Because Popplewell chooses to make the film solely from archival footage supplied by investigators, the media, and Shanann’s avid social media documentation, however, we don’t really get to delve into the impact of that phenomenon. We merely witness its surface presence. It’s an obvious missed opportunity.

It doesn’t render what we do receive ineffective, though. Popplewell’s ability to craft a tensely twisting narrative out of this infamous mystery shouldn’t be dismissed. This is a definitive account of the case for anyone who’s unfamiliar with it—the timeline is laid out, the lies are uncovered, and the truth is found—as well as an enthralling dissection for those who are. But while she does conjure a wealth of emotional investment from what proves an objectively forensic look at the ordeal, what do its facts provide us beyond an advertisement for this suburban Colorado police precinct? What does it say about the nightmare statistic Popplewell supplies at the end about three women dying every day in America at the hands of a current or former partner?

I’d argue the answer is “not enough” regardless of whether that was the goal. As soon as you touch upon the victim-blaming that occurred by strangers online and show text messages that reveal the victim was victim-blaming herself via talk about her potential to “emasculate” her eventual killer, you’re commencing a much-needed conversation about America’s desire to still give men a benefit of the doubt they don’t deserve. You’re showing how a wide swath of “conservative value” citizens will see a man kill a woman and automatically wonder how she pushed him to do it only to gloss over that truth as one detail of many that doesn’t demand external commentary. That Popplewell chose a format where such commentary is impossible doesn’t, however, negate its necessity.

You therefore have to judge American Murder on two levels. It can be both a captivating drama that walks us through a nightmarish scenario with meticulous detail and a disappointing lesson in how leaving crucial doors into the psychology and fascination surrounding such crimes open might be worse than refusing to throw them open at all. As we’ve learned too well over the past four years, genies can’t be put back in their bottle. It doesn’t matter that the film ends with a legal clearing of Shanann’s name since her so-called “complicity” had already been called into question. You therefore have to do more to acknowledge the discrepancy. You have to do more to explain the long-lasting effects of the inherent trauma behind apologizing for a man’s monstrousness.

That notion—that his rage might be a response to something she did and therefore compelled him to commit murder—is a huge piece to this puzzle. You can’t just show the journey with that included as though it’s part of a found footage movie. It’s not. Popplewell has taken up the task to be this story’s curator and that comes with a responsibility to do more than facilitate a data dump without acknowledging the damage some of that data causes. So opening the door on talk about Shanann being a “bitch” (whether in a good way, according to her friend, or a bad way, according to an uncertainty in her own actions) puts it out there as a plausible factor if you don’t also close that door.

If no one in Colorado at the time thought going back to talk about the public outcry against and targeted bullying of Shanann, there would be no footage for Popplewell to use. And if her mission with this film was to package the mystery of Watts’ death as a piece of pop entertainment (which the true crime genre has steadily become), delving into the systemic problems of why her murderer killed her kind of derails the propulsive force of police officers catching him. So maybe my criticism of American Murder is more a criticism of the genre itself and how its desire to shed light on crimes inherently exploits them regardless of intent. Popplewell’s film is an expertly researched prologue to a much-needed conversation it avoids.