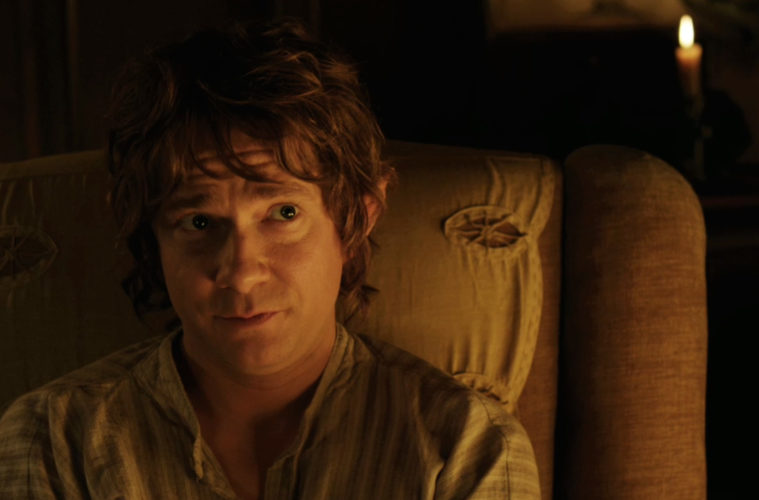 Alternate Trailer For ‘The Hobbit: An Unexpected Journey’ Goes G-Rated

With The Hobbit officially becoming a trilogy, it’s going to be even longer before we see Peter Jackson wrap up J.R.R. Tolkien‘s story, so get ready an even expanded marketing campaign. Today we’ve got more of that in the form of a slightly altered trailer for this December’s The Hobbit: An Unexpected Journey. In order to play before the PG-rated Brave earlier this summer, WB had to cut a new trailer removing the few scenes of Gandalf lighting up his pipe, one that ended up getting classified as G-rated.

It’s now made its way online and as expected takes almost identical form to the first trailer, except for three differences, as pointed out by The One Ring, here are the three new scenes present in this edit: Bilbo’s reaction to Gandalf’s arrival (0:23), Bilbo hiding behind a tree in Mirkwood (1:57) and Gandalf, the dwarves, and Bilbo running through a forest (1:59 ). So, check it out below and look for an actual, all-new trailer come this fall. The Hobbit: An Unexpected Journey opens on December 14th, 2012, and The Hobbit: There and Back Again will be released on December 13th, 2013. The final film in the trilogy is expected to arrive summer 2014.