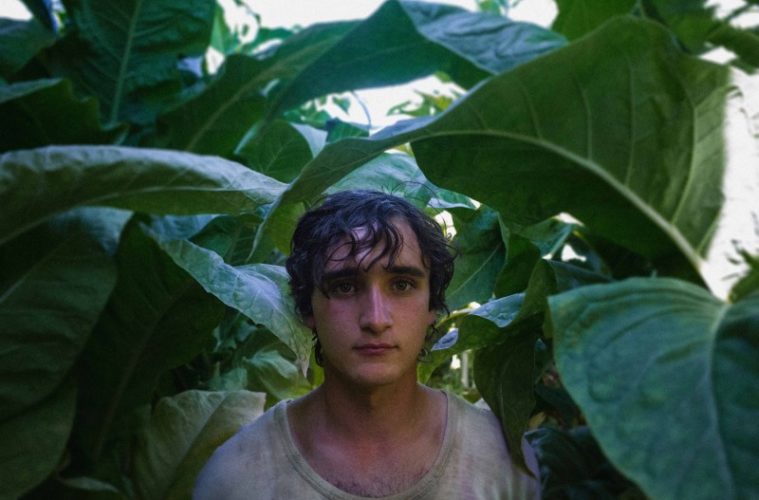 The seeds of Alice Rohrwacher’s Happy as Lazzaro were planted long before she was the 2016 artist in residence at the 54th New York Film Festival. It was in her residency, though, that the story developed into the surreal fairytale now streaming on Netflix and in select theaters. Premiering with its Italian title Lazzaro felice at its Cannes debut, where it won Rohrwacher best screenplay, the story follows Lazzaro as he serves his neighbors in various, unbeknownst to him, humiliating ways. His Christ-like humility brings him into a spiritual contract with Tancredi, a young nobleman turned grifter, that transcends time and space.

We spoke with Rohrwacher at this year’s New York Film Festival about her third feature film, Lazzaro’s possible God-like nature, acting newcomer Adriano Tardiolo, and the links between slavery and, in the words of William Blake, “mind-forg’d manacles.”

The Film Stage: You developed the story as artist in residence in 2016 at the Film Society of Lincoln Center. Can you talk about that process?

Alice Rohrwacher: I was artist in residence. For me it is the spark of this project. All of the material was already there, but to find myself so far away for a long time for the first time was difficult because, of course, you travel for work, but just for days–never for weeks. I had this feeling of being Lazzaro a little bit. To be in a new place, to feel stupor. I knew I wanted to make a movie about the rupture you see in the film.

Will you talk more about Lazzaro as a character? He is very innocent, doesn’t hurt people, and helps everyone.

In Lazzaro we can see something we were for a little bit of time. I wanted to invoke this type of innocence that we all share and that we can no longer go back too. It’s this seed of mystery that’s inside us.

I’m curious about his nature, his essence. He wakes up or he’s resurrected after an accident. Is he God-like?

This was my cinematic way to describe a character who is stronger than time, who manages to go across time. The opportunity we all have of being good, so in Lazzaro. In creating this character I tried telling myself that I didn’t want to have a psychological approach to him. I wanted to accept him, the way he was. The way we accept light or tree or waterfall, the way we accept nature; in his entirety. None of us knew who his parents were or had a higher knowledge or more facts about him or who he was. Of course, then he goes from a time where this goodness of his is convenient for all of the people around him because he is being exploited by them to a time where his being good is a source of fear for the people around him.

Will you talk about Adriano Tardiolo as a new actor, how you found him and what he brings to the part?

I met him in a school. Naturally, he is not the kind of person that would come to a formal casting audition. It was by chance at the time we were casting but he didn’t show up to a formal audition. At first it was difficult to convince him, because he wasn’t interested in being an actor. He was very kind and nice to us but he thought we were from another planet, asking him to be the lead character of a movie. In the end, the way we got him involved was asked him whether we could show him what the job would be like. He thought it would involve him being someone who shows off, but we taught him that it was something where he would get to know himself better, where he would get to show something to himself, not to others. So he brought great depth to the character because of his attitude of not being judgemental towards the character. That was the great risk of our script, that he would see the character as somebody stupid, whereas on the other hand, he was being a saint.

Did he tell you what he learned about himself from paying the part?

I didn’t really mean that he would learn much more about himself. It’s not to show himself, it’s to show something to himself. What we tried to do was find what points he had in common with the character as well as the differences. There are lot of differences as well. What he learned was probably how to love the character, how to love Lazzaro, and to see him as a mystery. Someone who you don’t completely understand.

He was doing every scene with the same presence and intensity. I was very surprised when we presented the movie and someone asked him what’s the most difficult scene you shot? And I was thinking I would reply the scene with the dwarf which was difficult, a scene I know was very difficult to shoot. And he said the scene on the train. The scene on the train is just a wide shot of him just standing and not moving. He was looking for this feeling, and it was very difficult for him to find. So in fact it was the most difficult scene for him.

Several critics refer to the sharecroppers at Inviolata as workers, but I see them as slaves. I think it’s interesting you’re making the connection between slavery and lower class life because the sharecroppers only become peasants after escaping slavery. But as modern day peasants their conditions are arguably worse.

They’re in an invisible cage. I didn’t want to push the attention with physical chains and whips because I think the conditions I show are even worse. The people who put other people in chains are in the real prison. I think the problem is the people who put the invisible chain around others; they’re still around. They use their privilege to kick people in their ignorance. The sharecroppers could walk away but they don’t, because they don’t know they can go. It was important for me to tell this because it’s a big part of our history. We always look for where violence is but also little violence is important. I think we tried to tell a tragedy but with an optimistic character as the protagonist.

It’s also interesting that the sharecroppers act just as bad to Lazzaro as the owners of Inviolata treat them.

What did Martin Scorsese, who is now your executive producer, think about the film?

For me it was a big, big happiness and surprise when he contacted us because he saw the movie and he wanted to help this movie. So he became executive producer and is helping the movie come out in America. He said that without repeating the past that this movie manages to bring new life to a lot of cinema history. The kind of cinema history he has a lot of attachment to, and that he closely protects. He sees an invocation in this film of a lot of films that he is fond of.

Happy as Lazzaro is now on Netflix and in select theaters.