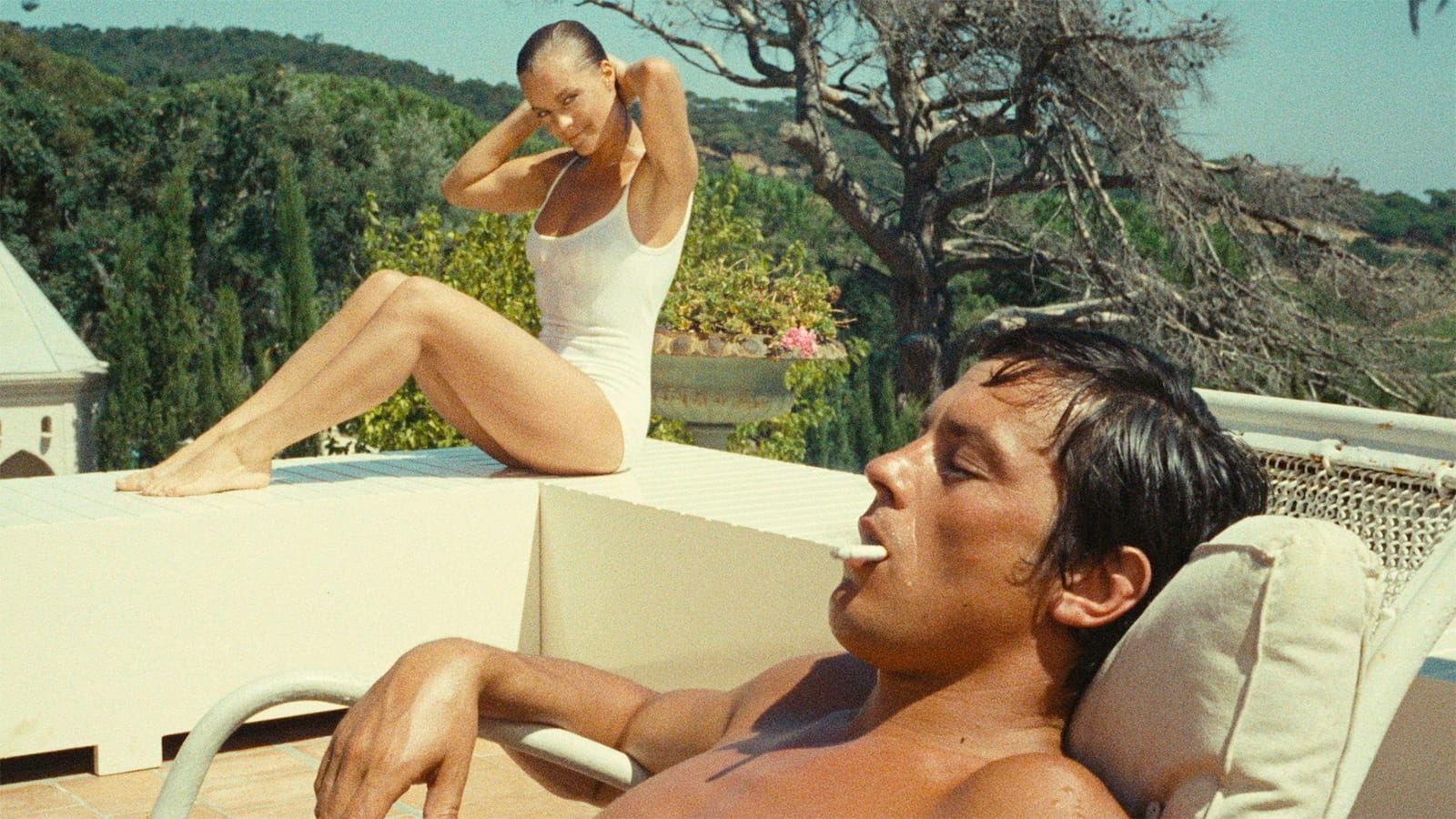 We can think of no finer way to kick off the summer than hanging in the sun with Alain Delon and Romy Schneider. The new restoration of director Jacques Deray and screenwriter Jean-Claude Carrière’s 1969 feature La Piscine was recently announced as Criterion release this July, but first it’ll roll out in theaters via Rialto Pictures beginning this month.

Ahead of the theatrical debut, a new trailer has arrived, backed by the tunes of composer Michel Legrand. Marking a reunion between Delon and Schneider, who had broken up about a decade prior to making this film, the story follows a summer holiday on the Côte d’Azur simmering with sexual tension.

See the new trailer below, along with the new theatrical poster by Laurent Durieux and the Criterion cover by Michael Boland.

La Piscine opens on May 14 at Film Forum.