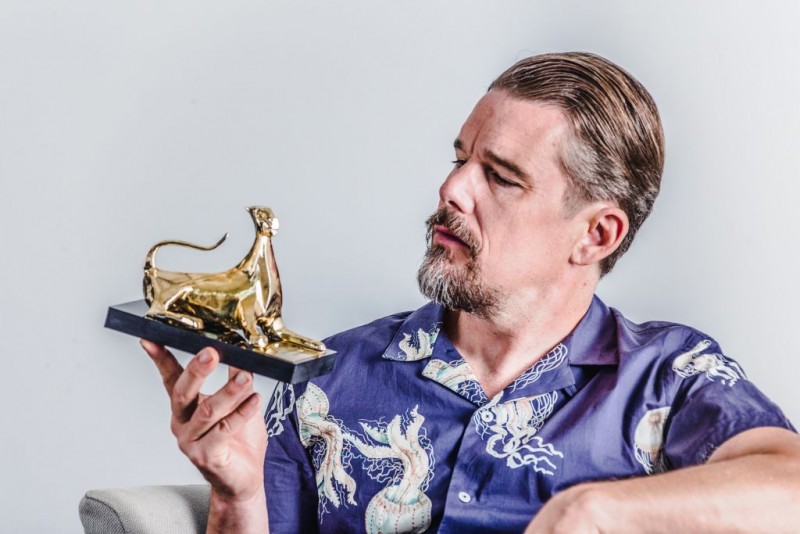 Making what is by far the most reassuring news about our future to arrive in the past week, Abel Ferrara has cast Ethan Hawke in Zeros and Ones, a war picture generated from Ferrara’s own script. Per Variety, it concerns “an American soldier stationed in Rome as it’s under siege, with the Vatican blown up [who] embarks on a hero’s journey to uncover and defend against an unknown enemy threatening the entire world.” Ferrara’s wife, Cristina Chiriac (who recently put in great work in both Tommaso and Siberia), co-stars with Phil Neilson (collaborator of the writer-director on Siberia, Body Snatchers and New Rose Hotel).

In a distinctly Ferrara-esque statement, the filmmaker said “Zeros and Ones is a film of lockdown and war, danger and espionage, American soldiers, Chinese middlemen, Mid Eastern holy men, provocateurs, diplomats, rogue elements of the CIA and KGB. I cannot wait to roll the cameras next week in a way that is safe because this film was written during and with an understanding of the pandemic.”

Sales launch this week at the American Film Market courtesy Capstone Group. Anybody involved who knows what’s good for them will move to make this happen post-haste. In the meantime, check out two recent interviews we conducted with Ferrara: one about his philosophy at large, the other more specifically focused on Tommaso.