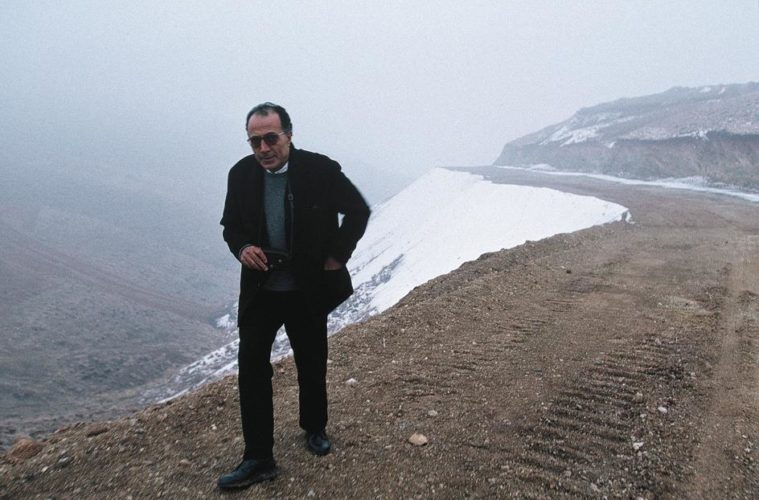 A year that may be most remembered for the number of monumental artists who passed during its twelve months has just dealt one of its greatest losses: various Iranian news outlets are reporting that Abbas Kiarostami — the man who changed many a Western viewer’s conception of his native country with masterpieces such as Close-Up, Taste of Cherry, the Koker Trilogy, Like Someone in Love, Certified Copy, Ten, and The Wind Will Carry Us, to name but a few — has passed away at age 76 in Paris, following an extended battle with gastrointestinal cancer.

Pinpointing the particulars of Kiarostami’s oeuvre is a task too large for what is, admittedly, a quickly assembled obituary, and those who’ve known his work longer will do a more probing job at various places — how many non-Western artists earn this level of love upon passing away, anyhow? — so I’ll tread lightly by noting, as many others shall, that nearly every one of his pictures offers some new way of considering their medium. Be it the meta-textual discrepancies that form our concepts of documentary and fiction (Close-Up, Ten, Koker) to the romantic (Certified Copy and Like Someone in Love) to ostensibly straight documentary (ABC Africa) to ostensibly straight narrative (Taste of Cherry), they cover terrain in such a way as to make every viewing of any work essentially a fresh experience.

Provided you have access to Hulu Plus, five of his films are available for streaming at this very moment — not an ideal number, really, but perhaps the five best for igniting one’s passion — as well as five shorts embedded below. (Otherwise, his two most recent features, themselves no small offerings, are available for rental on Amazon.) In the meantime, there’s also our interview with Kiarostami from 2012 on the subject of what’s now his final film, and news of the incredible-sounding project he’d nearly completed before passing away.