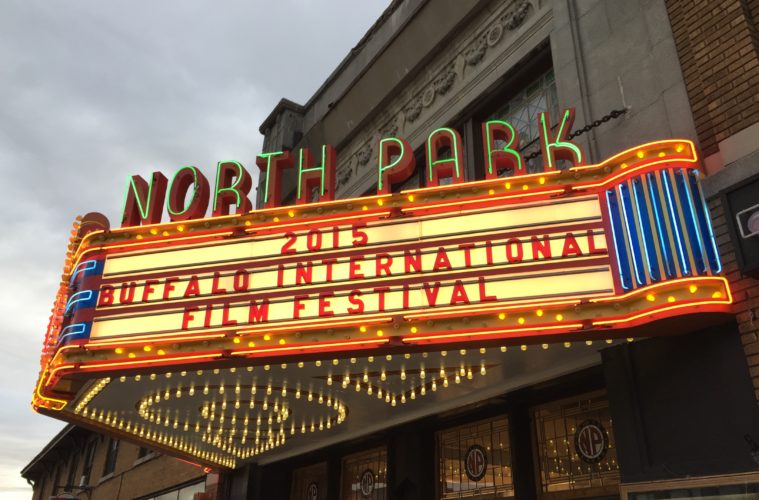 A Weekend Up North: Notes From The Buffalo International Film Festival

Last weekend, as the weather began to turn crisp and cold, the ninth iteration of the Buffalo International Film Festival went off, to bigger crowds and bigger acclaim than ever before.

The Film Stage’s first-produced short film Strange Bird was lucky enough to be included in the line-up, premiering at the newly-restored North Park Theatre on Hertel Avenue in front of writer/director Perry Blackshear’s DIY-thriller They Look Like People, which won a Special Jury Award at the Slamdance Film Festival along with a slew of other accolades at several impressive fests.

It was a bittersweet year for the festival following the passing of its founder, Edward Summer, in November of 2014. An accomplished artist, writer and filmmaker, Summer was celebrated throughout this year’s proceedings, including a touching memorial during the fest’s opening night gala.

In Summer’s hands, BIFF emerged as an annual event for local cinephiles, featuring retrospectives of old classics and popular festival hits. It also became a solid platform for locally-made projects.

Following Summer’s death, the future of the festival was uncertain. In the days following a successful BIFF 2015, it’s safe to say the festival’s not going anywhere. With newly-anointed Festival Director Ray Guarnieri at the helm, this year’s fest was the most attended so far, helped significantly by its partnership with the North Park Theatre, which seats up to 850 people.

The theatre saw a full house on Saturday night, screening the home-born and well-received Emelie. Directed by Michael Thelin, the film tells the story of a babysitter who’s not who she says she is, much to the children’s dismay. On Friday night, Buffalo-based filmmaker Dien Vo screened Let Them Have Their Way, a two-hour long experimental epic that digs into our excess-obsessed American culture. A continued work-in-progress (Vo screened a three-hour cut of the film in 2014), the project serves as a stark reminder of how much the city of Buffalo has meant to avant-garde cinema. Over the years, the University at Buffalo has served as the creative home to acclaimed avant-garde filmmakers Paul Sharits, Hollis Frampton and Tony Conrad. Conrad himself was featured in the documentary Not Junk Yet: The Art of Lary 7, which had its Western New York premiere at the fest this year.

Running parallel to the film line-up was a dynamic set a panels, which included one on Women in Film. Moderated by showrunner Tilke Hill and executive producer Lukia Costello (“Why I Murdered My Roommate“), the panel featured local filmmaker Anna Scime, Allison Mattox, writer/director of Three in June which screened on Sunday at the fest, and indie distributor Crystal Callahan. The group discussed everything from breaking into the film game as a female artist to the tenuous gender politics at play in a Hollywood still predominantly run by men.

Oblivion Season by Iranian writer/director Abbas Rafei, which won the Best Feature award, and doc The Seventh Fire, produced by Terrence Malick and Natalie Portman, were another couple of much-anticipated films we sorely missed at the festival, but hope to catch in the near future.

As Buffalo continues to be a place for artists to grow and thrive, those behind the curtains of BIFF clearly intend to remain a vibrant part of the process, year in and year out.