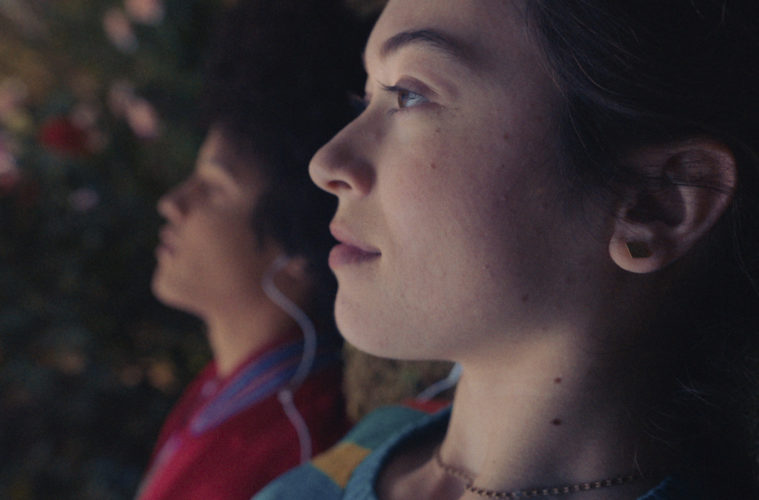 Curiously absent from the Sundance Film Festival and Berlinale is the latest work from an alum of both festivals, Josephine Decker. Following up Madeline’s Madeline and Shirley, the director is back with The Sky Is Everywhere, an Apple and A24 production that will be arriving early next month. Adapted by Jandy Nelson, based on her novel, the film follows a high schooler who loses her older sister and attempts to regain her footing in life. Ahead of the February 11 release on Apple TV+ and in theaters, the first trailer has now arrived.

As the synopsis reads, “Tucked among the magical redwood trees of Northern California and surrounded by her grandmother’s gargantuan roses, 17-year-old Lennie Walker, a radiant musical prodigy, struggles with overwhelming grief following the sudden loss of her older sister, Bailey. When Joe Fontaine, the charismatic new guy at school, enters Lennie’s life, she’s drawn to him. But Lennie’s complicated relationship with her sister’s devastated boyfriend, Toby, starts to affect Lennie and Joe’s budding love. Through her vivid imagination and honest, conflicted heart, Lennie navigates first love and first loss to create a song of her own.”

The Sky Is Everywhere opens on February 11 in theaters and on Apple TV+.