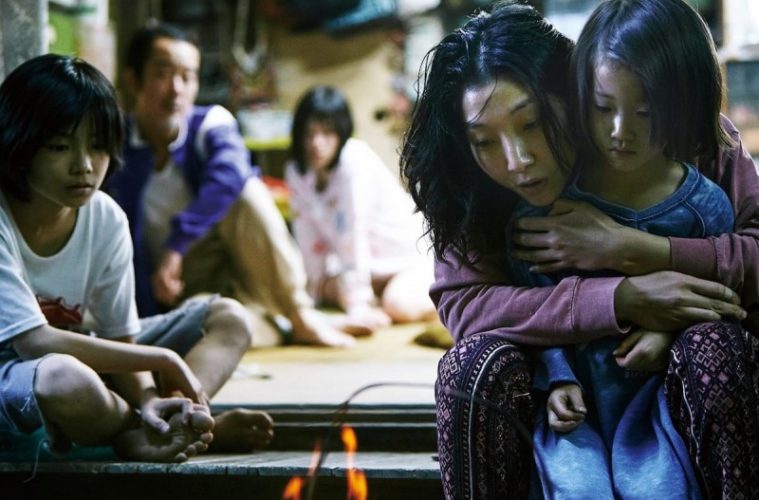 Following its world premiere at the Cannes Film Festival earlier this year – as well as subsequent screenings at a handful of other festivals including Sydney, Telluride, and most recently New York, Hirokazu Kore-eda’s masterful Shoplifters now has a domestic trailer and theatrical release date, courtesy of Magnolia Pictures.

In the past, Kore-eda has found success at Cannes with the premieres of Like Father Like Son, Our Little Sister, and After the Storm. This year was no different as Shoplifters went on to win the coveted Palme d’Or. Playing into familiar narrative themes, Kore-eda tells the story of a barren family with an unconventional skillset: shoplifting. After another one of their nightly outings of petty crime, father-of-the-family Osamu and his son decide to take in a young girl that they find all alone in the streets. Eventually, their lifestyle catches up with them, and what once used to bring them together, now threatens to tear them apart. Shoplifters promises to be a moving tale cored in what it means to be family.

Our own Rory O’Connor caught the film at Cannes and applauded Kore-eda’s poetic thematics and expressed reservations with the film’s production, all captured in his review: “Kore-eda touches on many of his recurring tropes here: nurture vs nature, hapless grownups, streetwise kids fending for themselves, storms, deaths, supermarkets (this is all starting to sound like a Clash song). and so on — and yet the production itself seems somewhat lower than his usual standard. The absence of long-serving cinematographer Yutaka Yamazaki (it was shot by Ryûto Kondô) can be felt a little in the film’s perfectly naturalistic but formulaic imagery, and Haruomi Hosano’s score is just a bit trite for the subject matter. Nevertheless, by drawing our empathy for such morally dubious and potentially damaging characters, Shoplifters remains a real heartbreaker, the kind of which only this director seems capable.”

After one of their shoplifting sessions, Osamu and his son come across a little girl in the freezing cold. At first reluctant to shelter the girl, Osamu’s wife agrees to take care of her after learning of the hardships she faces.Although the family is poor, barely making enough money to survive through petty crime, they seem to live happily together until an unforeseen incident reveals hidden secrets, testing the bonds that unite them…

Shoplifters will hit US theaters on November 23rd, courtesy of Magnolia Pictures.