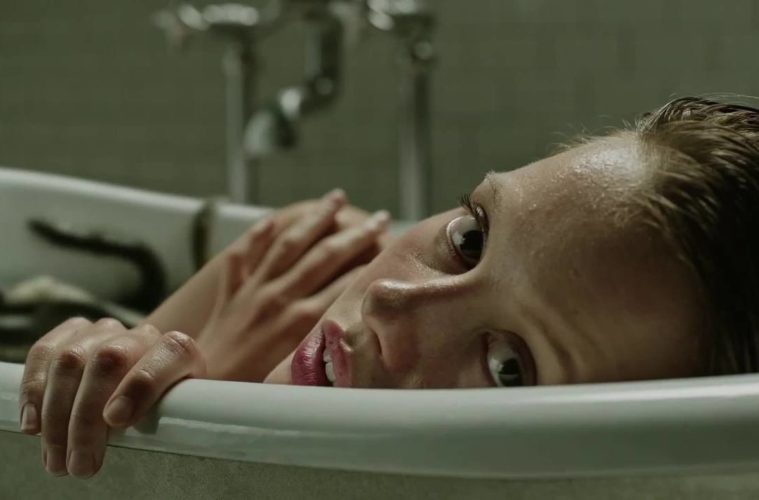 Golden Globe and Emmy nominee Benjamin Wallfisch is recognized as one of the leading film composers of his generation, with a career spanning over a decade and 60 feature films. He has composed music for such legendary film makers as Steven Spielberg, Rupert Wyatt, Gore Verbinksi and Lars von Trier, and has worked on scores that have been recognized with awards and nominations at the Academy Awards, BAFTAs and World Soundtrack Awards.

Wallfisch fit us into his extremely busy schedule and we were happy to have any time with this dynamic composer. We asked him about Verbinski’s thriller A Cure For Wellness and the sensational Hidden Figures — both now on Blu-ray/VOD — as well as insight into how he works.

The Film Stage: I first heard your name when your music was featured on a friend’s film score radio show: Tim Burden’s Movie Magic. In short, “Conquest 1453” just blew me away. It’s a tremendous score – where did that come from and how was the feedback from it?

Benjamin Wallfisch: Thank you! A sound designer friend of mine was working on this very ambitious indie movie about the fall of Constantinople — he called me up to see if I’d be interested in meeting the director. He described it as an old-school epic war movie and was a lot of fun — the brief was to bring the grandeur of one of my favorite scores, Miklós Rózsa’s genius Ben-Hur, into the 21st Century. I had a great time and it led to some other interesting projects.

Which of your scores do you feel most closely represents you as an artist?

For me (and I think for many of my colleagues) it’s your last score that best represents you at any given moment. I say that because writing over the years is a constant process of creative discovery, challenging everything you did last time so your music evolves and there’s always something new and vivid to say.

A Cure for Wellness had a sort of out-of-tune music box and young girl lullaby that was a prominent instrument in the score. In any genre, it seems there are certain things you can’t get away from using. So do you look at music from the standpoint of what the studio expects, or what the audience expects?

Early on in the movie Lockhart’s mother gives him a small music box, with a handprinted ballerina that sits atop it — the first time we hear Hannah’s theme is in fact played by this music box on screen, as his mother winds it up and plays the tune for him, just as she tells him he won’t come back from his trip to Switzerland. Then later in the film, when we first meet the mysterious young girl called Hannah, she is humming the same melody; it’s her voice that you hear in the score — first heard on screen. It’s mysterious to Lockhart that she knows the tune, and he asks her where she learnt it… a question that remains unanswered. Hannah’s theme is something in the air that ties the key characters together, both onscreen through the music box and Hannah’s own singing, and also under the surface of the story. It was important for that melody to have a strange ‘false smile’ about it — a perfection of form in terms of symmetry, but always performed in a way that’s not quite right. It creates an interesting tension between the ideas of purity and malevolence, and how in the wrong hands there is sometimes a fine line between the two.

In terms of which standpoint I adopt when writing, all musical decisions are driven by story. The only expectations I try to fulfill are those of the film-makers, and the first stage in the process for me is always to try to absorb all I can about the director’s point of view and start to figure out how can I contribute to it musically.

It’s been said that studios these days don’t want a true “theme.” I find that odd, as I am a fan of big meaningful scores, and not wallpaper music. But since you’re in the industry, what’s the current vibe, and are themes making a comeback?

It’s interesting you say that as to be honest I’ve never come across that attitude in any of the projects I’ve worked on. For all of my scores to date I’ve been asked by the filmmakers and the studio to create strong themes, and it’s something I love to do. It goes without saying that melody is among our most potent tools as composers. Creating a theme or set of themes that feel truly integrated into the DNA of the movie is often the first thing I’ll present to my director — it’s always a great starting-off point. Of course, depending on the movie and what it needs, a theme can be as simple as a two or three note motif, right through to a complex extended melody. But from my own standpoint, thematic writing is very much alive and well.

I’m in architecture, and we can endlessly tweak things because being “done” with something is a matter or perception and personal taste, especially when presenting to a client. So when do you view something as done?

When it’s in theaters! Of course, most of the time the score is done once it’s recorded with live orchestra and mixed. But it’s very important to me to give my film-makers total flexibility throughout the process, right to the very end. No ask is too big, even after we’ve scored with live orchestra. If something isn’t quite working, or there’s a better idea to explore, as long as we are literally not yet in theaters, it’s important to always find a way. For example, in a movie I recently finished, we completely re-crafted an entire set-piece cue in the very last day of our final dub, because of a new idea the director had. It was a case of constructing a new piece of music from various stems of other cues, and re-crafting other sections using samples, and in the end it worked so much better. So whilst that situation is unusual, you have to be open to it. Technology allows us as composers to give our clients total creative freedom and I embrace that as much as possible, within the time-frame we are given.

Tell us about how you like to work. What do you draw from the most on any project: the script, the director, an actor, or a scene, or something else?

It always starts with a blank piece of paper, and a story. But after that the process is unique for each project. Sometimes I’m asked to come on board months before a frame of the movie is shot; other times I’m brought in with literally tw0 weeks before the scoring date with orchestra… and of course there is everything between those two extremes. Scripts are helpful for preparing for a first meeting with a new director, but it’s the film itself that has to guide you. My great hero John Williams famously never reads scripts, preferring to be guided purely by what’s on screen, and that makes total sense.

It can be one or many things that spark an idea: the rhythm of the cut, a particular nuance in an actor’s performance, a huge set-piece sequence that just screams out for a particular type of theme or musical concept, the visual tone/color choices, the list goes on. But what unifies all of this is story. Everything stems from that, and I’ve been lucky to work with some incredibly inspiring directors who each have a unique way of communicating their stories. The blank piece of paper at the beginning of the process is so important as it enables each score to be entirely bespoke and unique – it’s important to have no pre-conceptions, and to live dangerously.

Talk to us about the importance of orchestration – how through collaboration, an idea can go from notes on a paper to coming alive through a studio orchestra. Also, what parts of the process do you trust to others?

The orchestration process often starts very early on when writing, with the orchestral synth demos we present to the film makers and other collaborators. Everything is mocked up to a very high level using orchestral samples, so we are making key orchestration decisions sometimes many months before we actually get in a room with the live orchestra.

To allow my director and other film makers maximum time for creative changes, I normally only allow around 10-14 days of final orchestration time before the orchestral recordings. With often between 80-100 minutes of music to be orchestrated in that timeframe, it requires a team of highly skilled orchestrators whom I supervise to pull that off. I have a fantastic lead orchestrator who I send my finished demos to, and he has a team around him to make it happen. He’ll send every orchestrated cue to me as a Sibelius file, I’ll change things as needed, and then send off the proof-read score to the music prep team, who then prints everything for the scoring sessions.

I always work solo when composing, unless it’s a co-composing situation like Hidden Figures, but when we come closer to the recordings I have an extensive music production team around me who I’ve now worked with for many years. They make sure everything comes together beautifully for the recording sessions, the preparations for which involving orchestration and copying, preparing extensive stems for each cue, click tracks, mix templates and also making sure everything is conformed to the latest version of the cut.

They say that your first answer is usually your best answer. When writing music, how many times have you or the director come back to what you first came up with? Beyond that, what has changed the most from start to finish?

When a piece of music really works against picture, there is often a kind of instinctive feeling that it’s right — I think as composers we all strive to create scores that somehow feel like they’ve existed ‘from the beginning’ with a particular movie, even if the music comes at the very end of the process. Sometimes that happens straight away, with a theme or musical concept that just undeniably works; other times it can take weeks or even months of iteration before you finally discover ‘the one’ – a musical approach that just feels inevitable to the picture.

I’m very fortunate to count Hans Zimmer as my friend and mentor, and one of the things he once said that has stuck with me is how you sometimes have to allow a core musical idea to ‘creep up on you.’ I sometimes spend long hours cranking away at a particular idea which I think is going to be ‘the one’ for a particular cue or theme, only to discover that through that process I’ve uncovered something completely different; a concept or motif that would never have occurred to me at the beginning that works so much better than the original concept. So the days of work gets canned in favor of that new discovery, which can be exhilarating. So I guess it’s being open to that sense of adventure when writing – living dangerously and constantly striving and examining what you’re doing, to make sure it really is living intrinsically within the world of the movie and story you are scoring.

A Cure for Wellness and Hidden Figures are now on Blu-ray, DVD, and VOD.