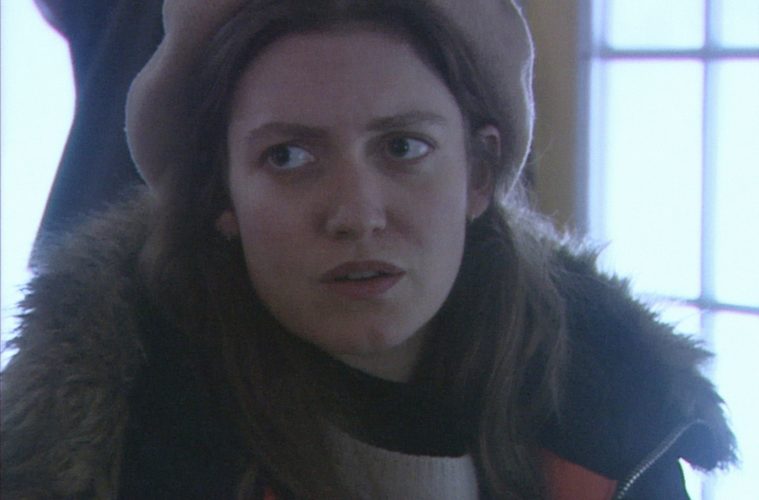 An official Selection of the Berlin International Film Festival and directed by experimental filmmaker Peter Parlow, The Plagiarists opens on June 28. Anna (Lucy Kaminsky) and Tyler(Eamon Monaghan), a young, and educated white couple, become stranded by a snowstorm and agree to spend the night with a black samaritan, Clip (Michael “Clip” Payne) who offers to help them. What follows is a personal journey that questions the binary between authenticity and plagiarism and shot on a handheld camera to create an authentic lo-fi experience.

Our review postulates, “Were The Plagiarists merely this observation of liberal minds in duress it would have made for a more than enjoyable watch but with credit to Kienitz and Wilkins’ terrific script, it becomes more nuanced and haunting only after that first act. Indeed, the film’s title alludes to an encompassing obsession with authenticity–as first seen in Anna’s self doubt regarding her writing as well as in Tyler’s platitudes about the superiority of video equipment over digital. It is a mood that reaches a quietly surreal peak at around the halfway point, although to divulge any details of that sequence would simply ruin the fun. Suffice to say that the film offers something to chew on about realness and the manner in which artists revere it.”

See the trailer below

Director Peter Parlow’s dramatic meditation on the distinction between authenticity and plagiarism revolves around Anna and Tyler, a young white couple on their way home to Philadelphia. After their car breaks down, they accept the help and hospitality of a middle-aged black man (Michael Payne). Anna (an aspiring writer) and Tyler (an aspiring filmmaker) are each fascinated by his eloquence and camcorder collection. The Plagiarists opens on June 28.