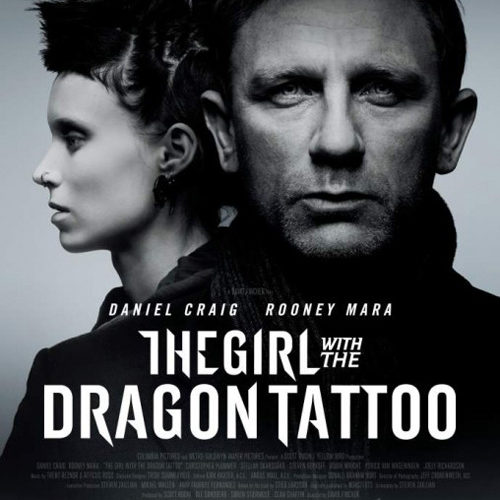 It is Dragon Tattoo overload tonight. We just shared a massive amount of details on Trent Reznor’s OST for David Fincher‘s The Girl with the Dragon Tattoo. Over at that post you can stream 35 minutes from the 3-hour score, as well as the Immigrant Song cover in full, and find details on pre-ordering. But we decided to post this piece separately.

If you remember a few months ago we saw an eight-minute trailer for the crime drama in theaters. Today, with the OST announcement, the full thing has come online. It mostly goes into the basic plot and just the first act, so don’t be afraid of spoilers. It is currently available on the iTunes store or one can stream below.

In more Dragon Tattoo news, cinematographer Jeff Cronenweth sat down with ICG magazine and went into detail on his process. I’ve posted some of the excerpts below, talking about the rough environment, but read the full thing on the site.

“Weather plays a big part as the texture of the film,” he explains. “It actually helps you get a sense of what the characters are feeling.” [It] was challenging. But an even bigger issue was latitude. Sweden is so close to the Arctic Circle that as the year progresses from spring to summer, the nights get significantly shorter. In fact, as Girl neared its wrap, both dusk and sunrise were two hours plus in duration; because the crew had to abide by Swedish labor laws, working time (which also included breaks for meals) was limited to approximately 10 hours per day.

Light Iron colorist Ian Vertovec, who also graded The Social Network, agrees, noting that The Girl with the Dragon Tattoo was about 1,000 degrees Kelvin cooler than Fincher and Cronenweth’s last film. “Because they wanted this very unique ‘Swedish’ feel,” Vertovec describes, “It seems the moon and sky acted like a [cooling] filter. It’s an amazing nighttime look.” Matching the disparate backgrounds and ambient light levels was also tricky. “Sweden’s latitude and short nights provided long days where the sun pivots overhead,” Skinner continues. “One particular nightmare was a café scene where Daniel Craig orders a sandwich. Throughout the day, every building in the background was in full sun and full shade multiple times. Usually when the shadows come in, the sun doesn’t return. We solved the problem by flying 30-foot-by-40-foot light grids over the background and applying neutral density filters to various windows to balance exposure.”