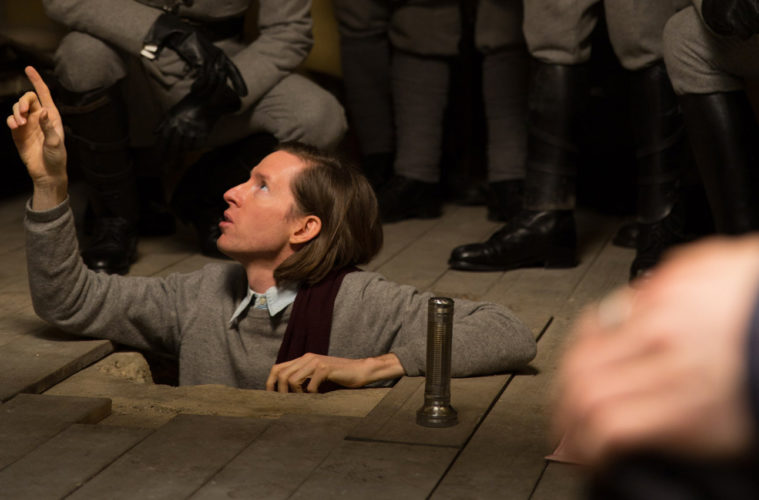 While one perceives that his works are a singular vision, Wes Anderson clearly has a deep knowledge of cinema, using a wealth of classics for inspiration when it comes features. As for recommendations to brush up before his latest, The Grand Budapest Hotel, our review establishes how each one of his previous films served as a stepping stone — and a rewatch of each wouldn’t hurt before heading into theaters — but the influences go much deeper than that.

Before the multi-generation-spanning film ever went into production, the director revealed a few key models he looked to, including films from Ernst Lubitsch and Rouben Mamoulian. With a completed feature, during the Berlin press conference, the director, who was also inspired by the writing of Austrian author Stefan Zweig, firmed up the list while not giving specific details, but mentioning he gave some of these films to his cast to study. For those curious as to the exact reasons the seven films he mentioned are worth being recognized, we’ve caught up with them all and are here to provide answers. Check out our rundown below before heading into the theater this weekend, or the coming weeks, depending where you live.

The certain way of life and elegant appearance that has since vanished is something Ralph Fiennes‘ Gustave H. holds near and dear to his heart in The Grand Budapest Hotel. While he may flip-flop his plans on a whim, the concierge still has a noble demeanor and it’s these qualities that he shares with Reginald Owen‘s waiter character in this screwball comedy, also set in Budapest. With a light comic tone, but a strong dramatic backbone — as well an orphan at the center (Margaret Sullavan here, Tony Revolori in Budapest) – Anderson clearly owes a debt to William Wyler and writer Preston Sturges (in one of his first screenplay credits).

Judging by the title alone, this 1932 Greta Garbo-led Best Picture winner is the most obvious comparison point to Wes Anderson‘s latest, but that’s only the beginning. Set in Berlin between the wars (where The Grand Budapest Hotel was shot and situated), we’re introduced to a variety of distinct characters in its first act, all occupying the finest hotel in the city. Like Budapest, Grand Hotel is stocked full the A-list talent of its time and while it might not all cohere, there’s a handful of entertaining moments, with one easily seeing the inspiration Anderson found in Goulding’s box office hit.

It often proves difficult for a director to completely sell the world he or she has created by the end of the film, much less the opening minutes. As we’ve seen in Wes Anderson‘s films, and particularly his latest, it’s something the auteur has excelled at, but he owes a great deal to Rouben Mamoulian. In Love Me Tonight, following the story of a tailor briefly turned nobleman, the director immediately invites us into his fantastical setting, complete with rhythmic dialogue and musical numbers, something not out of place in any of Anderson’s works.

The most strikingly powerful film on this rundown, Frank Borzage’s melodrama zeroes on the transition to fascism in Germany in the 1930’s, not unlike Wes Anderson‘s recent feature. Following Martin Breitner (James Stewart) as a student who sticks his noble ground in a country that will no longer allow it, the film was so compelling that after a screening Reich Minister of Propaganda Joseph Goebbels shut down MGM’s office in Berlin and banned all subsequent films to come out the studio in his country. With both films culminating in a ski chase down European slopes, The Mortal Storm is essential viewing alongside The Grand Budapest Hotel.

The Shop Around the Corner (Ernst Lubitsch)

“I always have thought that our Budapest is just as connected to the Budapest in The Shop Around the Corner, which I expect is in Culver City, or Burbank,” Anderson recently said in regards to the Lubitsch film. “Our movie is an Eastern Europe filtered through movies and that sort of history in a way.” With its intricately designed sets, The Grand Budapest Hotel certainly isn’t going for any sort of the gritty realism so many Hollywood films attempt to conjure nowadays — even if it has a few shocking moments of violence — and on that aspect alone, it earns its comparison to this 1940 classic.

Despite its relatively gleeful banter, there’s a looming darkness that accompanies nearly the entirety of The Grand Budapest Hotel. In one brilliant, harrowing gag the film’s true protagonist races to deliver a newspaper to Ralph Fiennes‘ character. As we quickly read a headline indicating an approaching war, it’s glossed over to return to a twist in the central caper, commenting on the human condition of averting our eyes from the atrocities at hand.

When it comes to this Ingmar Bergman classic, a parallel can be most readily made in the opening sequence, as a 10-year-old boy Johan (Jörgen Lindström) witnesses this hint of war outside his train window, which Anderson lifted for a similar sequence in his latest work, showcasing mere glimpses of war and the dread that surrounds it. While his perfect framing continues, Bergman also employs more camera movement than ever before in his works, showcasing this strange fictitious European town. Add in the the strands of a relationship with the boy and the concierge at the hotel, in which nearly all the film takes place, and there’s a distinct connection to be made.

To Be or Not to Be (Ernst Lubitsch)

The second Lubitsch work to be featured on this list is one of the few films to masterfully satirize the Nazi movement, redefining the phrase “ahead of its time.” With a spy plot as tightly wound and constructed as that of the caper found in The Grand Budapest Hotel, To Be or Not to Be is a bonafide masterpiece of wit. While Anderson’s work provides just a glimpse at Hitler’s horrifying ideology, Lubitsch dives head first, so much to the point that audiences were completely turned off. As Brian Eggert says, “Imagine if a comedy about al-Qaeda terrorists attacking the World Trade Center had gone into production in the summer of 2001 and been released shortly after 9/11.”

What films do you plan seeing before The Grand Budapest Hotel? Are any of the above among your favorites?