69: The Saga of Daniel Hernandez Review: 6ix9ine Doc Fails to Interrogate its Own Trolling Subject 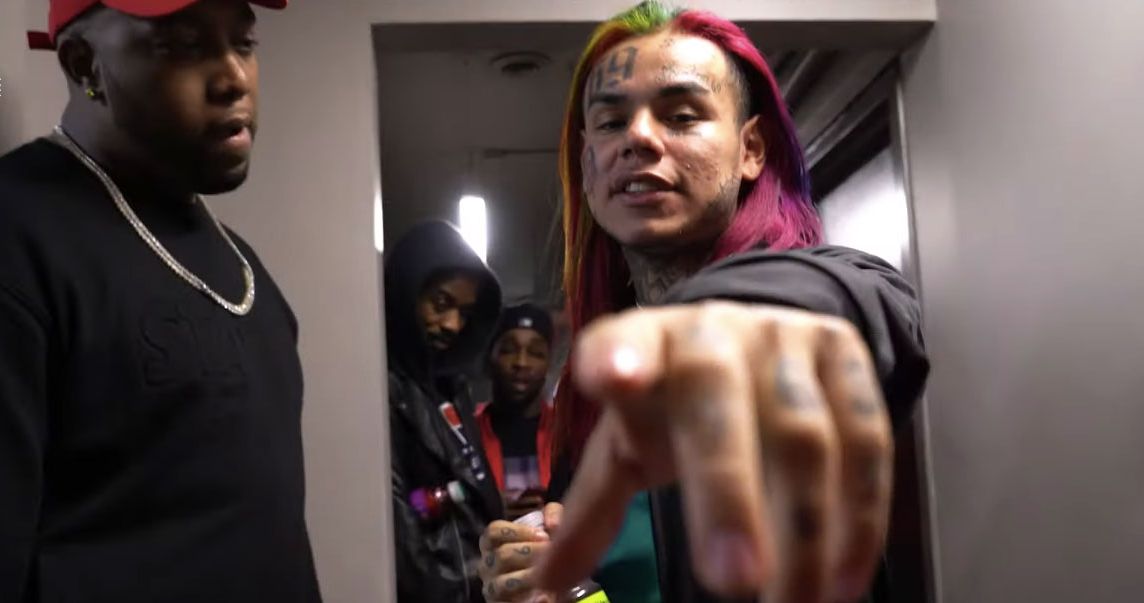 69: The Saga of Daniel Hernandez, the latest documentary from Vikram Gandhi, is a cute title but it hardly fits the bill. What felt like a promising premise and a deserved look into the life of a music superstar turns into an unnecessary story of how Daniel Hernandez successfully marketed his fake personas as a vessel for fame, and trolled the hip-hop world.

To a fault, the film at times moves like a Vice TV special––even giving each section a chapter name like “Soundcloud Rap” and “The Villain.” It’s an easy device to highlight what the director is taking us through. It also glorifies his early-day marketing techniques like he’s some kind of genius for featuring sex in his music videos when he started his crew “SCUM Gang,” which then later on escalated to gang violence. There is intrigue when 6ix9ine gets caught up with the FBI, but it’s nothing we haven’t seen before.

While the film does hit some necessary beats to lure one into a compelling story of stardom and crime intersecting at the crossroads of social media, it does little to indict Hernandez. When not using 6ix9ine’s interviews to underscore the events taking place (because he couldn’t get 6ix9ine to talk himself), Gandhi narrates the film and lacks perspective.

6ix9ine’s ex-girlfriend, with whom he has a child, is frequently used as a prop to elicit sympathy from the viewer. The director gives us a more appealing glimpse into what the musician was like before fame, but then in a cheap trick, later reveals that he abused her for the entirety of their relationship. Gandhi also uses his naivetë to guide him through the big questions like, what would make someone get a face tattoo and dye their hair rainbow colors? Even though the rapper clearly states in an interview at the beginning of the film. “I want to be famous, that’s it.”

His ex-girlfriend isn’t the only aspect that the rapper used to misrepresent his character. He also used gang culture as an artificial signifier because he started to lose traction and got into a beef with rapper “Trippie Redd.” Trippie decided to cut ties with Hernandez when he learned he was a convicted pedophile. (A video surfaced of him having sex with a thirteen-year-old.) We hear from gang members who introduced him to the Bloods candidly saying, “He didn’t give a fuck about the music.” He even bought all of the members red bandanas to wear for his hit video “Gummo” even though they don’t dress like that. He rebranded himself just for fame and attention, not to make genuine music that is organic to the community.

Towards the end of the film, Gandhi shows the older members of the Bushwick neighborhood where the artist grew up in, and they talk about the betrayal they felt by Hernandez. The rapper used them for shelter and food, only to throw them under the bus and call them “dirty” in radio interviews. It went further than his friends as he nauseatingly appropriates Black culture, scapegoating members of the community when he was sent to trial on criminal gun charges. The same people whose culture he took advantage of are now serving time for the nonsensical rap beefs he helped perpetuate.

6ix9ine as a detriment to the rap community cannot be understated. Being Hispanic and floating the “N” word around every other sentence like the way Joe Pesci uses the word “fuck” is dangerous and misguided. Even when his peers are asked about it, they say, “I’m not gonna answer those questions.” But Gandhi doesn’t press hard enough. For years, the artist also flaunted shirts that said “HIV” and “AIDS” for shock value and jokes––a disease that ravaged the Black community for years and Gandhi makes no attempt to comment on this. 6ix9ine’s troll persona and misappropriation of Black culture shows the hollowness of his artistic integrity.

Gandhi’s attempt to paint Hernandez’s life as a tragic rag-to-riches story and a kid addicted to celebrity feel like rubbish. This documentary may give some hardcore fans insight into the artifice, but the film is ultimately a begrudging, disgusting, and unnecessary story of a kid who never deserved our attention in the first place.

69: The Saga of Daniel Hernandez is now streaming on Hulu.